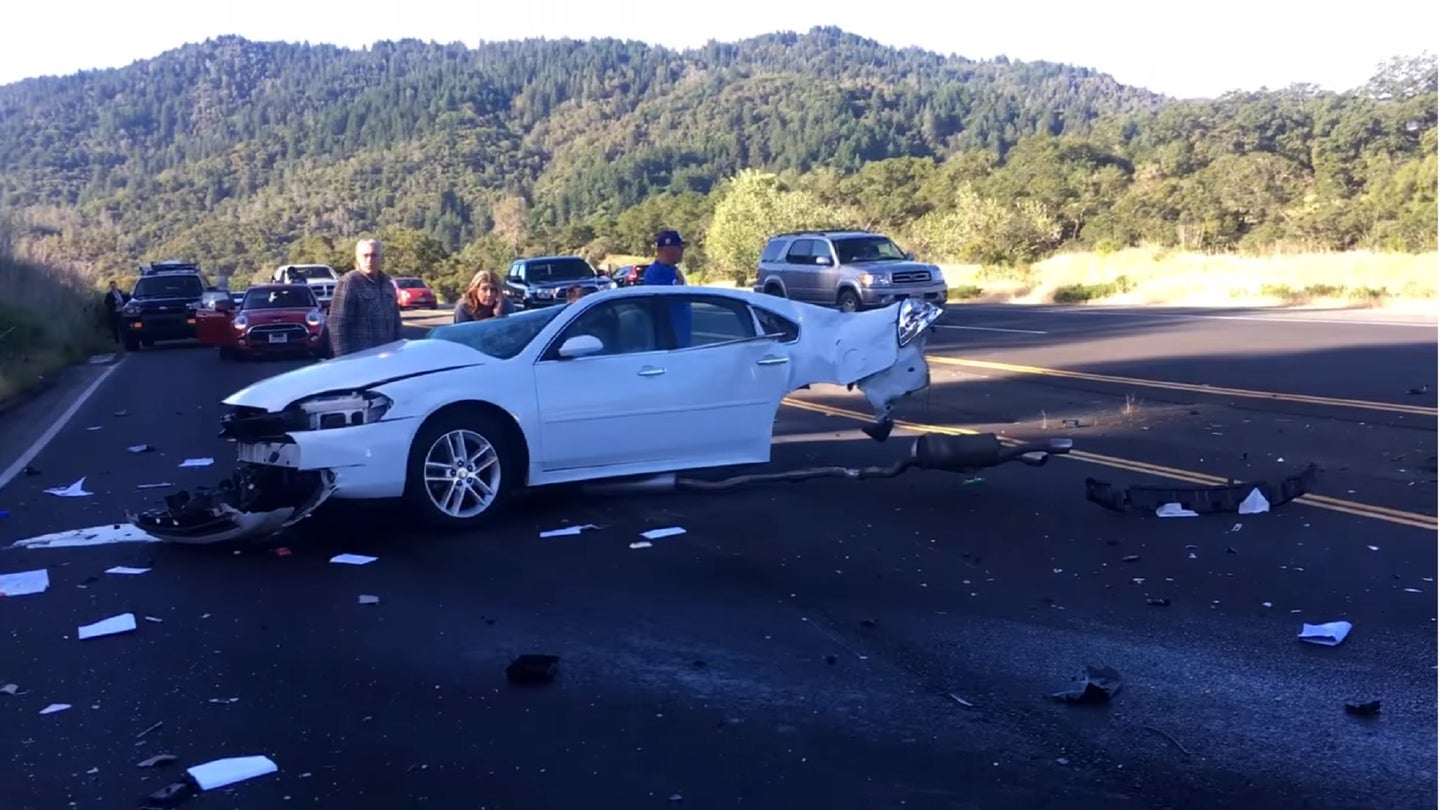 We're not sure whether this story makes the Chevy Impala seem like one of the safest cars you can buy, or a fragile deathtrap. But it's one hell of a story either way.

Harrowing images have surfaced from the aftermath of a massive head-on collision on California's Highway 101 this past Saturday morning. According to a report by The Press Democrat, 26-year-old Sonoma resident Apol Lansang was driving her Impala southbound near Geysers Road when an oncoming Toyota Sequoia drifted into her lane and the two vehicles collided, slicing the Chevy sedan into two pieces. With Lansang still sitting in the driver's half, the entire passenger half of the car landed upright on its face in the embankment, the vehicle contents and interior pieces scattered all over the pavement like a hastily opened bag of chips.

Miraculously, Lansang walked away with only minor injuries, according to California Highway Patrol. The Sequoia driver, 27-year-old Kevin Fenty from Huntington Beach, was thrown from his vehicle and sustained moderate injuries. The Toyota, while most definitely damaged beyond repair, remained more or less in one piece.

The cause of the accident remains under investigation as of Sunday, but drugs are believed to be a factor, according to The Press Democrat.

"The scene was, it was pretty intense. It was definitely one of the most severely damaged cars I’ve ever seen.” said Sgt. Jason Bahlman, a 16-year veteran of the CHP. Tom Bond, a former U.S. Air Force ambulance driver, came across the scene of the crash and managed to take the video below. "[It was] the craziest thing I’ve ever seen, and I’ve seen many accidents."

Warning—some elements of the following clip may be disturbing.

“I was shaken. I mean, my family is still shaken. I drive that stretch every single day. It is so dangerous," added Bond. The investigation is ongoing, but CHP believes that drugs were a factor in this collision.