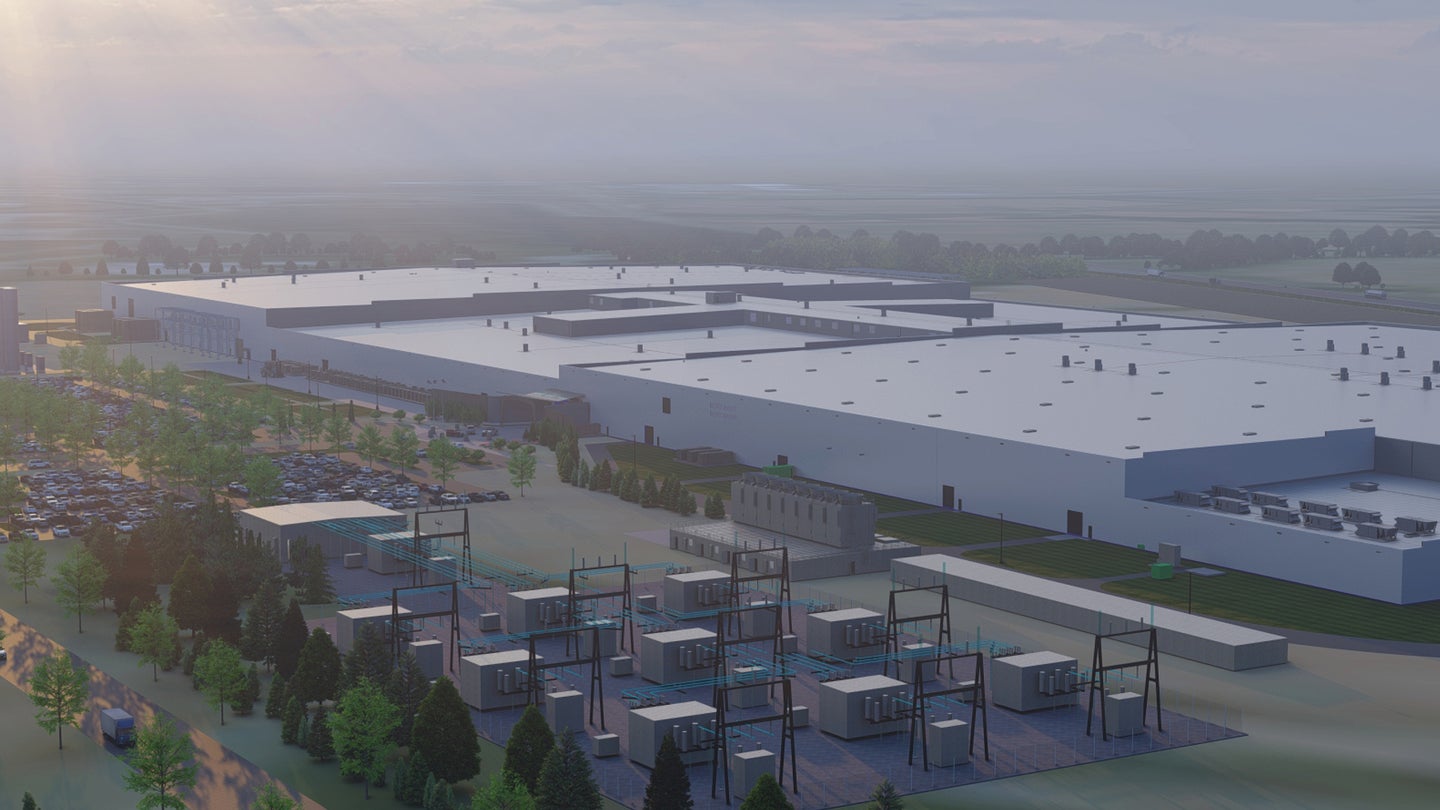 As discussed last month, General Motors has announced its second Ultium battery plant, which will be built in Tennessee. The factory, in partnership with electronics specialists LG, will be constructed in Spring Hill with an investment of $2.3 billion and creating 1,300 jobs.

GM has purchased the land and will immediately start construction on a 2.8-million-square-foot facility to make Ultium batteries. The Spring Hill facility joins GM's existing Ultium plant in Lordstown, Ohio, where the final steel beam was laid earlier this year after 500,000 hours of construction.

Ultium is the big, beefy platform GM's using to make things like its Hummer EV. The batteries produced in the Tennessee factory will, like the Ohio ones, go to Detroit to be built into cars. Investment in the second factory comes as part of $20 billion GM is spending to rival Tesla by scaling up EV production.

Unlike GM's previous EV platform seen in the Chevy Bolt, Ultium is a scalable solution with fast charging and highly configurable cells that can be built into packs up to 200 kilowatt hours. It works for cars or trucks and has up to 350kW fast charging for larger vehicles, so GM is extremely serious about seeing this as the future of how it builds EVs. The plants dedicated to making these batteries, specifically, are key to the auto giant's foreseeable strategy.

GM Chairman and CEO Mary Barra says that the location was driven by local support for the project:

“The addition of our second all-new Ultium battery cell plant in the U.S. with our joint venture partner LG Energy Solution is another major step in our transition to an all-electric future."

Barra continued, "The support of the state of Tennessee was an important factor in making this investment in Spring Hill possible and this type of support will be critical moving forward as we continue to take steps to transition our manufacturing footprint to support EV production."

Like big batteries? Mail me about them on hazel@thedrive.com