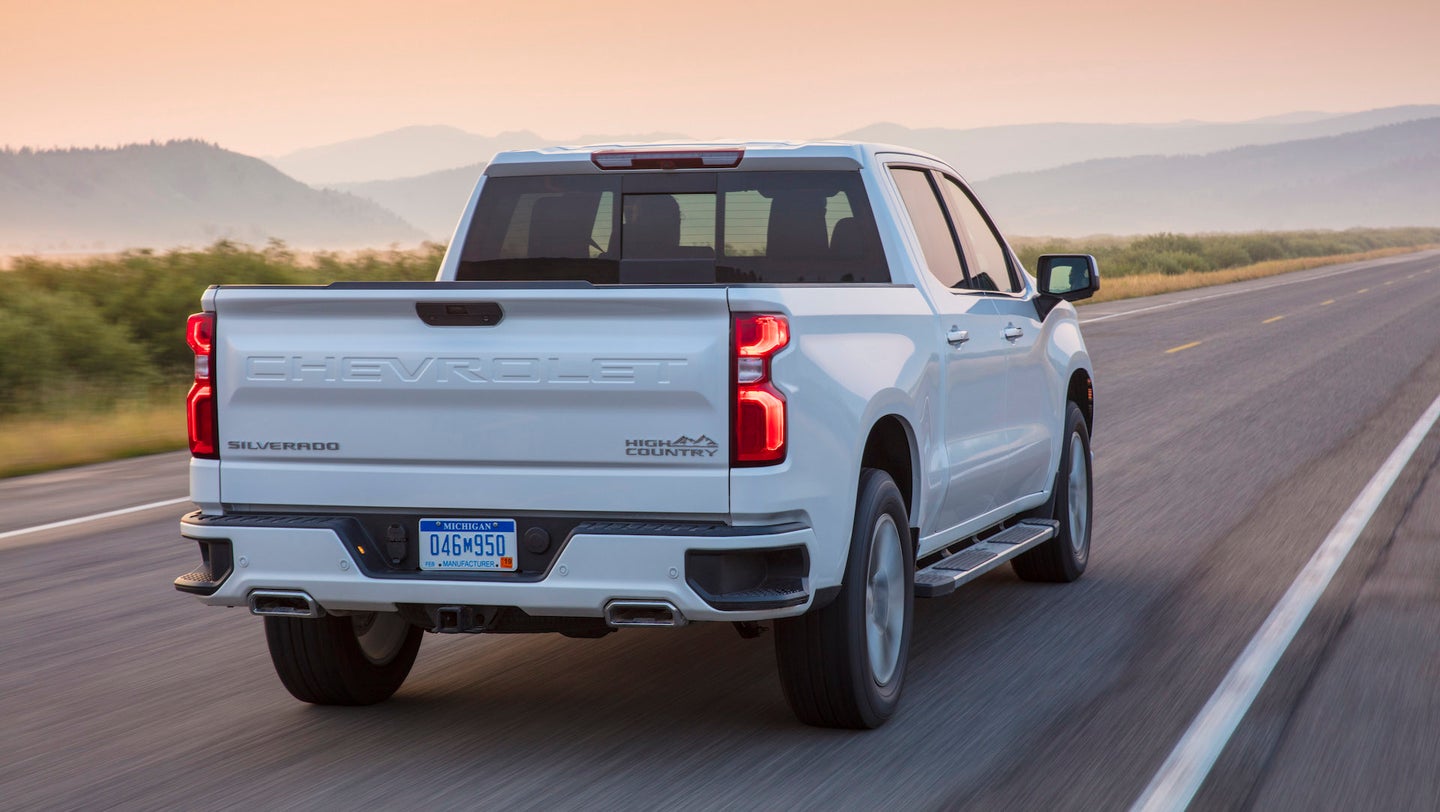 Following the announcement of the SUV variant of its Hummer EV, General Motors confirmed that it will build electric versions of the Chevrolet Silverado pickup truck. Details weren't immediately revealed, but we do know that it will be based on the Ultium platform, which is GM's premium EV architecture, and it'll be built at the same Detroit plant as the new Hummer.

The announcement of the Silverado comes with a big promise: an estimated 400 miles of range. That's more than either the Hummer pickup or SUV, which reportedly offer 350 and 300 miles respectively using the same platform. Ultium is modular enough that GM can upscale the battery to get that 400 figure, which is actually what the auto giant launched the platform with, so it's not talking out its behind here. It also likely means that the truck with the highest range will be two-wheel-drive since the more motors you add, the quicker you drain the kilowatts.

What we do know, for now, is that Silverado EV will come with retail and fleet versions and with a range of options for customers. The move to make electric pickups is part of GM's overall strategy towards electrification and is basically knowing what its customers like; GM already has the Bolt for folks who just want a regular car at a reasonable price, then the Ultium-based trucks are for people looking for something, well, bigger.

GM President Mark Reuss said, as part of the announcement, “The vehicles coming from Factory Zero will change the world, and how the world views electric vehicles. The GMC Hummer EV SUV joins its stablemate in the realm of true supertrucks, and Chevrolet will take everything Chevy’s loyal truck buyers love about Silverado—and more—and put it into an electric pickup that will delight retail and commercial customers alike.”

Factory Zero is, of course, located at the site of GM's famous Detroit-Hamtramck facility that has since been massively retooled. We already knew it'd be dedicated to building electric vehicles, and it was a reasonable assumption that the electric Silverado would eventually be manufactured there, too—this just confirms it.

It's anyone's guess when the battery-powered Silverado will go on sale—presumably by 2025, which is when GM promises to bring 30 electric vehicles to market. The Hummer EV pickup is going on sale for the 2022 model year while the Hummer SUV isn't coming until 2023.

Keep money in your pocket and your Chevy running smoothly with the ideal warranty.