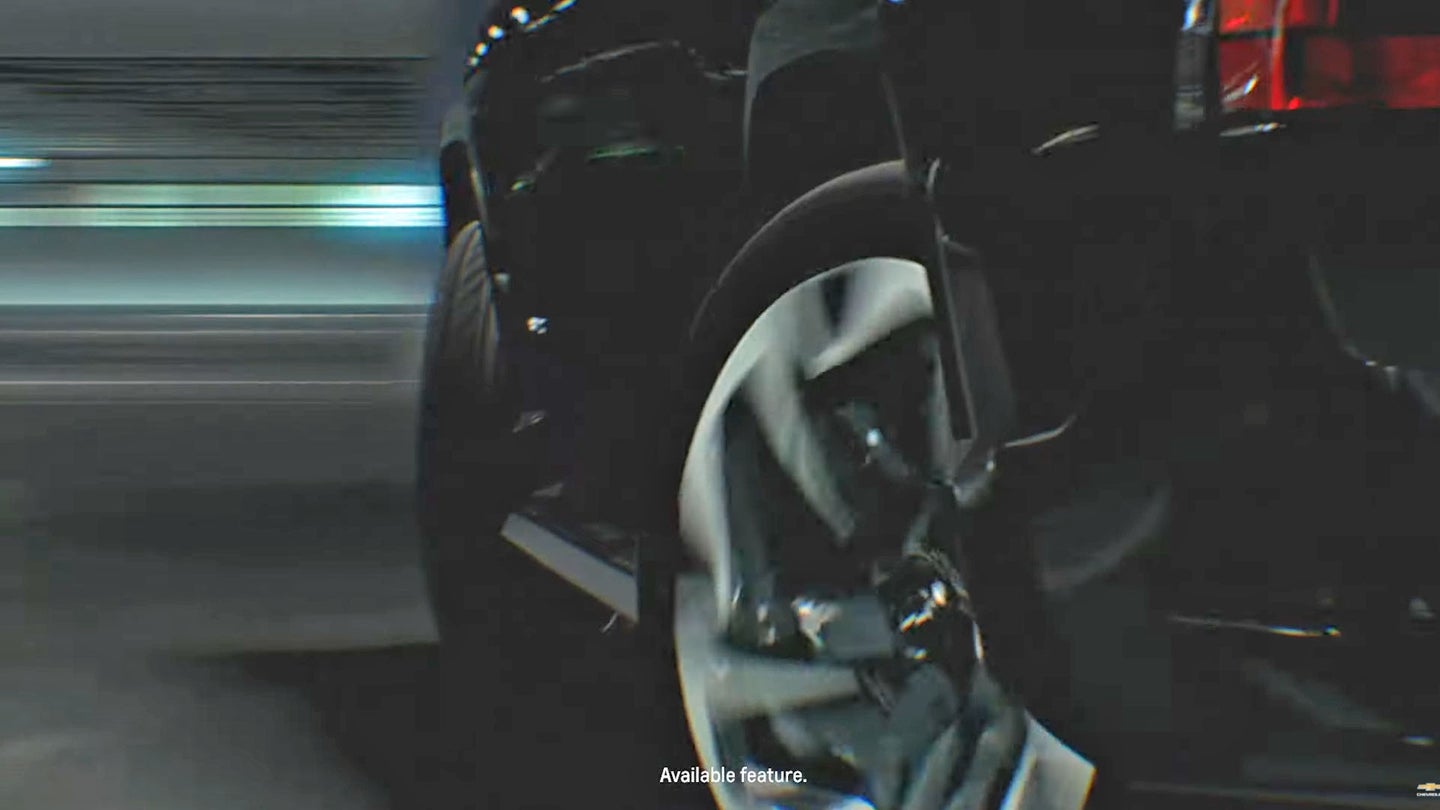 Chevy is set to unveil its electric Silverado pickup sometime soon, and the pressure is on to get it right. Ford unveiled its electric F-150 Lightning

during a visit from President Joe Biden, and he was impressed, to say the least. GM's truck is promising some mighty specs to counter it and today, the automaker released a few more details.

In a video posted to social media, Chevy demonstrated the four-wheel steering that's going to be available on the new truck, as well as the massive 24-inch wheels that will presumably be optional extras. With pickup trucks growing ever larger, four-wheel steering may just be necessary to keep maneuverability at acceptable levels.

GM seems to be a big fan of four-wheel steering on its full-size electric vehicles. The Hummer EV is getting four-wheel steering as well, including a CrabWalk mode that turns all four wheels in the same direction. It's been a well-marketed feature of GM's heavyweight offering, but it's unclear if the Silverado EV will be able to move diagonally like the Hummer. It may be a software feature that can be added or removed at will.

In the brief video posted below, Chevy shows off the four-wheel steering system on the truck in a simulated setting, detailing how much tighter it's able to turn as a result. Needless to say, the gains are significant, and the tighter turning circle will definitely be a nice feature to have when parking the pickup. It's unclear how big this new truck is going to be, but judging by the fact that 24-inch wheels were also previewed—and you need a very big wheelwell diameter for that not to look completely silly—it won't be any more compact than the normal Silverado.

Four-wheel steering is not a new thing for GM, of course. It was previously available on full-size GM trucks as a system called Quadrasteer. That was available for a few years starting in 2002 on the Chevy Suburban and GMC Yukon XL, as well as the Silverado and Sierra pickups. Owners loved it, as it made both parking and trailering much easier. Having it as an option on this new electric Silverado not only indicates it will be a bit more maneuverable but likely hints that the truck is built for towing as well.

Until Chevy unveils the Silverado EV in full, we'll have to be happy with little previews like this. We already know the range is anticipated to be far above the Ford Lightning's at 400 miles, but if the price isn't right, Chevy may be spending time in second place as the Blue Oval steams ahead. Maybe features like these can entice more buyers to go with the Bowtie either way.