It's a rare beast, but the HHR SS didn't even sell for that much when new. 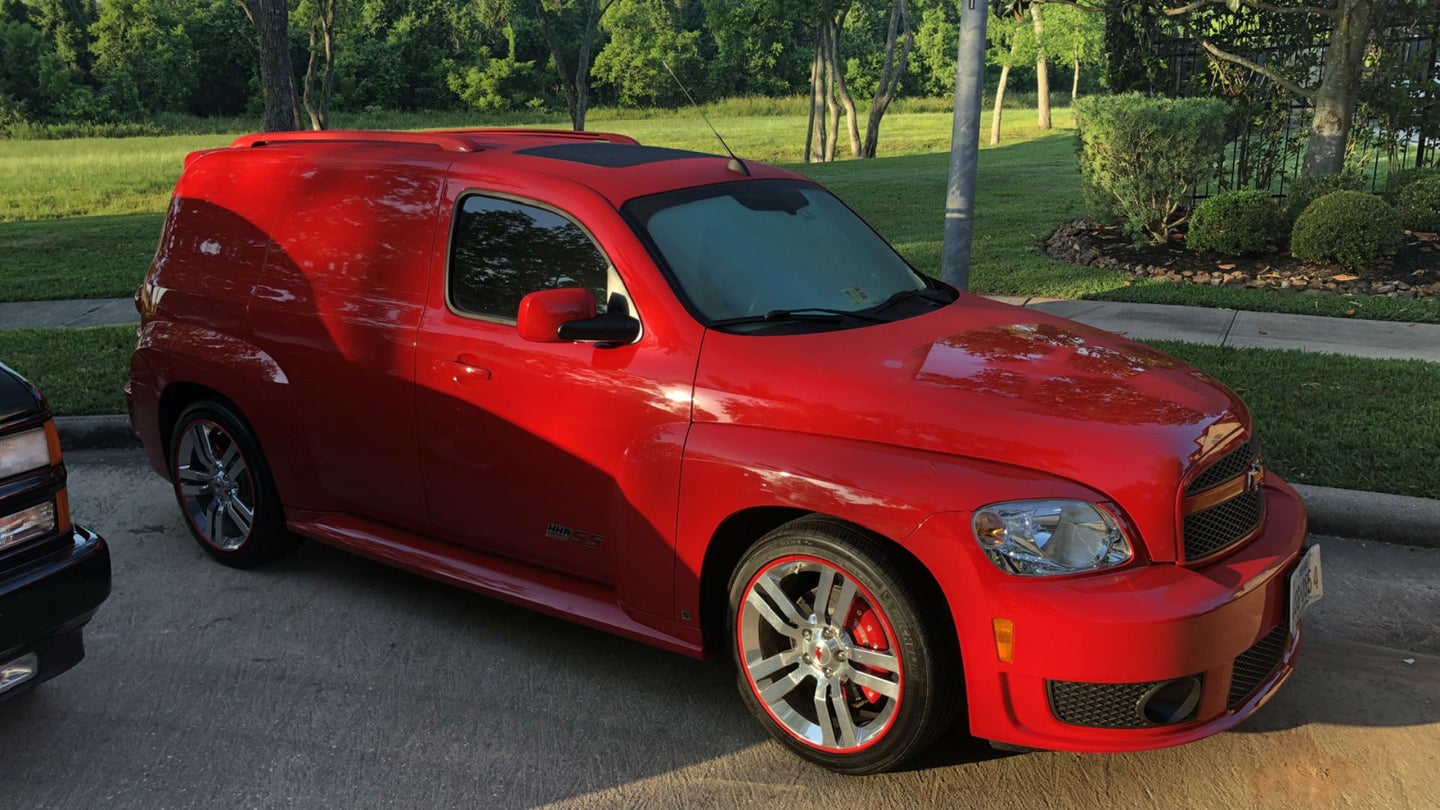 There have been so many attempts at reviving retro car styling for the new age that it’s hard to keep track of them all. General Motors and FCA alone account for several of them: The Chrysler PT Cruiser, Chevy SSR, and the Plymouth Prowler are all throwback vehicles that lasted just long enough on the market for people to develop either a deep-seated hatred or a glowing affinity for them. Another, the Chevrolet HHR, came around at the end of the craze but was every bit as polarizing as the cars that came before it.

This exceptionally rare 2009 HHR SS model for sale in Texas has traveled just 9,731 miles and aside from a few dents and dings, it looks to be in great shape. Of course, with the $33,000 price tag, we have to look at the ad with a healthy dose of skepticism. The HHR SS didn't cost that much when new and given the fact this car is 10 years old, it's cause enough to raise an eyebrow. Other for-sale examples that admittedly have quite a few more miles look to be going for around $18,000, but ultimately, it's only worth as much as someone will pay for it.

Aside from all that, the SS came with a 260-horsepower turbocharged four-cylinder engine and this one happens to have a five-speed manual gearbox, so there's some fun to be had in the funky wagon. It sends all this power to the front wheels, making for a torque-steering mess when you get on the power—just how we like it.

The only thing missing from the ad is a claim that the seller "knows what they have."

The HHR Panel Van was made in an attempt to spur sales of the retro vehicle at a time when people were moving away from the model's throwback styling. This one is an SS Panel Van, which combined the “best” elements of the HHR SS and the standard HHR Panel Van, assuming you view any part of either design as a positive thing. It’s incredibly rare to see one these days, and even rarer to see one of the SS variants decked out with Panel Van kit.