How do you make the ugliest car of the 2000s cool? The answer is: this. 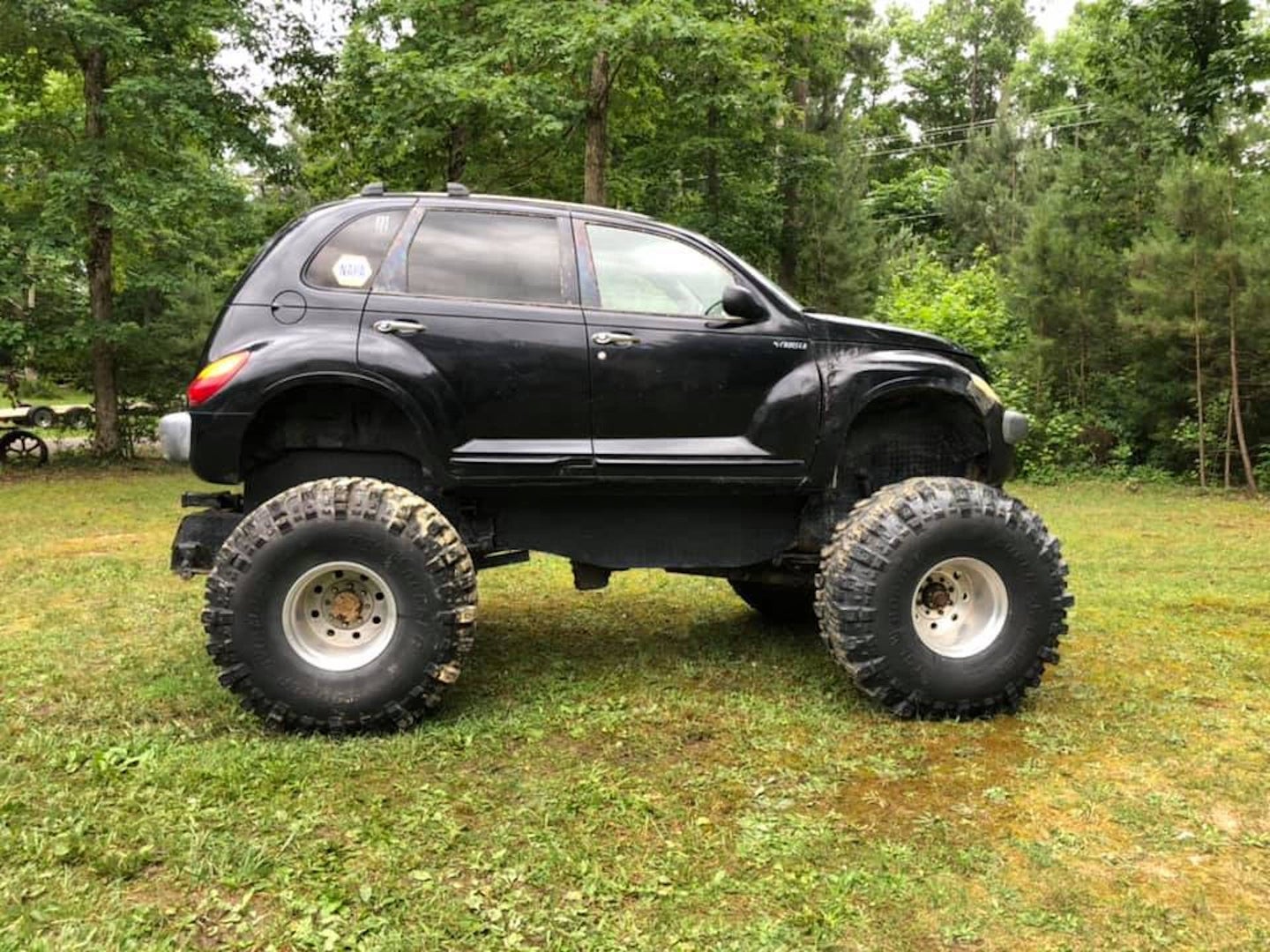 A Virginia man is selling what can only be described as a Frankenstein car: An early PT Cruiser raised and converted to four-wheel-drive, sitting on giant tires. The “PT Bruiser,” as it’s called, is for sale on Facebook and is still available as of the publishing of this article.

Frankly, the PT Cruiser was anything but awesome when it debuted in 2001, so the only way to go is up. In this case, way up, as the PT Bruiser sits on 44-inch bogger tires mounted on 18-inch aluminum wheels.

The Bruiser’s interior appears to be mostly stock and the Chrysler even sports a factory sunroof. The transmission is a built automatic with a divorced transfer case, which means that at some point the front-drive configuration was converted to four-wheel-drive. It supposedly sports a 340-cubic-inch V8, which is a good thing since the most potent powerplant that ever saw action in a PT Cruiser was a 230-horsepower, 2.4-liter turbo four-cylinder—not exactly mud buggy material.

The Bruiser comes with hydraulic steering and can be had for the bargain price of just $4,800. There’s a catch, though: You can enjoy the PT Bruiser all you want, as long as it’s not driven on the road. Unsurprisingly, this mini monster truck isn’t street legal.

The PT Cruiser has a mixed legacy. In 2001, it was named to Car and Driver’s Ten Best list and also won North American Car of the Year. In 2013, Top Gear called the PT Cruiser Convertible the worst car of the last twenty years, and it received “Marginal” safety scores over several categories in 2008 IIHS testing. None of that stopped the thing from selling like crazy, however, as Chrysler moved 1.35 million units over its ten year lifespan.