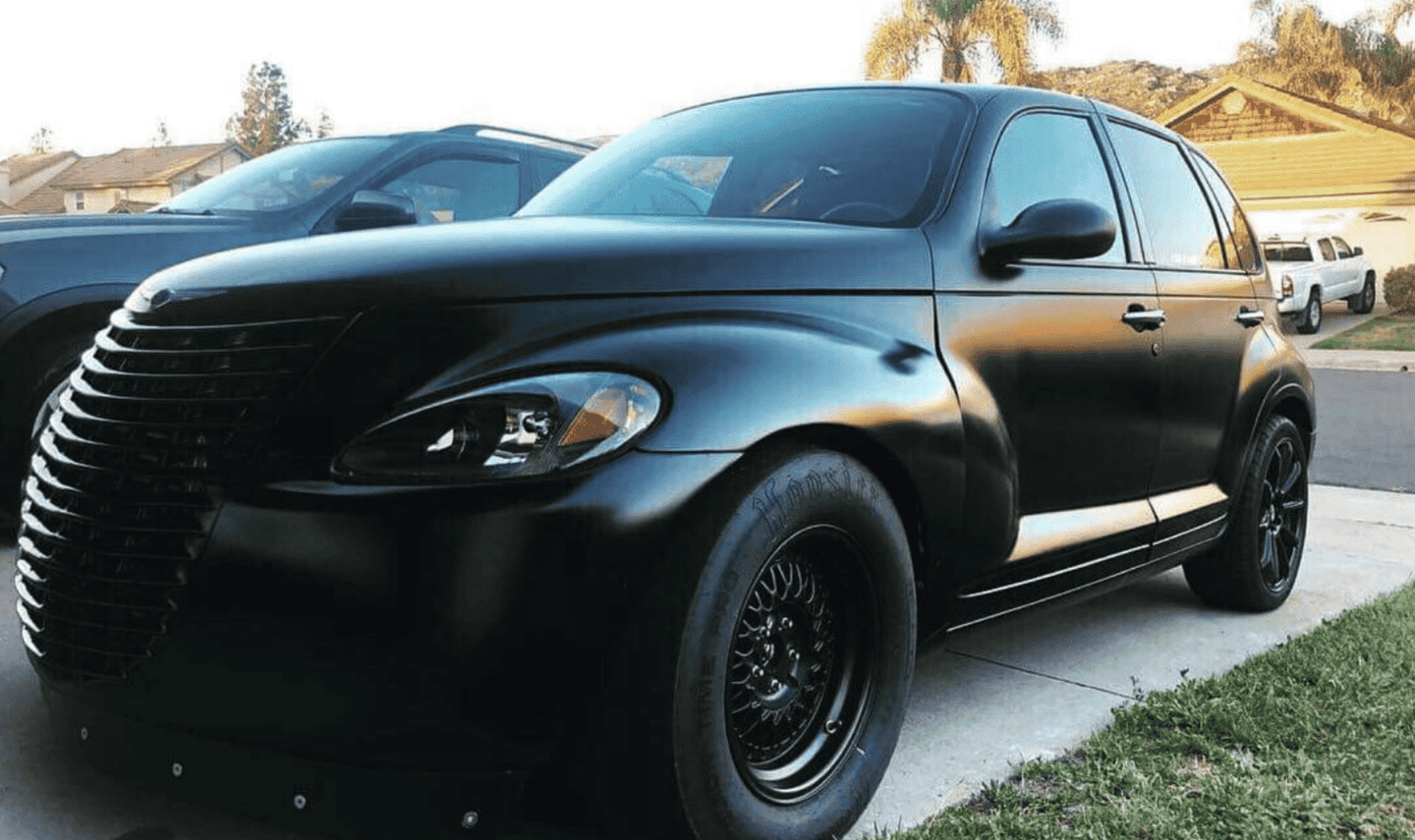 Chrysler's PT Cruiser doesn't deserve half the hate it receives. While there's no doubt it was a bit on the ugly side, it was a trendsetter that foreshadowed an era where every automaker had retro designs on the brain. There was even a go-fast version for enthusiasts that featured a 2.4-liter turbocharged four-cylinder, much like what you'd find in a Dodge Neon SRT4. Although most of those were left to decay, some have been picked up and put into good hands—this particular example, though, is undoubtedly the best thanks to its fat-tired, aggressive stance and 808 horsepower at the wheels.

We originally stumbled upon the looney build when 1320 Video posted a snapshot to its social media pages, and after looking at the owner's Instagram account (@boosted_burrito), we found even more eye candy to gawk at.

The Chrysler grocery-getter is said to produce over 800 horsepower at 36 pounds of boost thanks to a heavily built version of the original 2.4-liter four-pot. It runs Hoosier drag slicks at the front and has some at-home aero bolted to the front to make its bulbous body a little more slippery at speed. Dardan Tuned is responsible for the current computer management setup that allows the Garrett GT35R turbocharger to spool in harmony with the necessary fuel upgrades such as an E85 conversion, 2,000cc injectors, and upgraded fuel pumps.

All this extra output is sent to a stock transmission, which is apparently strong as an ox given the fact it doesn't grenade at quarter-throttle. Still, that might ought to be next on the upgrade list—the car also produces 702 pound-feet of torque, more than enough to have you thinking twice about the strength of your gearbox.

In a previous spec, the car apparently ran 165.9 miles per hour in the half-mile. Now, one would have to think that number is somewhere north of 170 mph.

The super-sleeper seems to be in the process of being built even further, but for now, the owner can rest easy knowing he's got the fastest PT Cruiser this side of...well, anywhere.