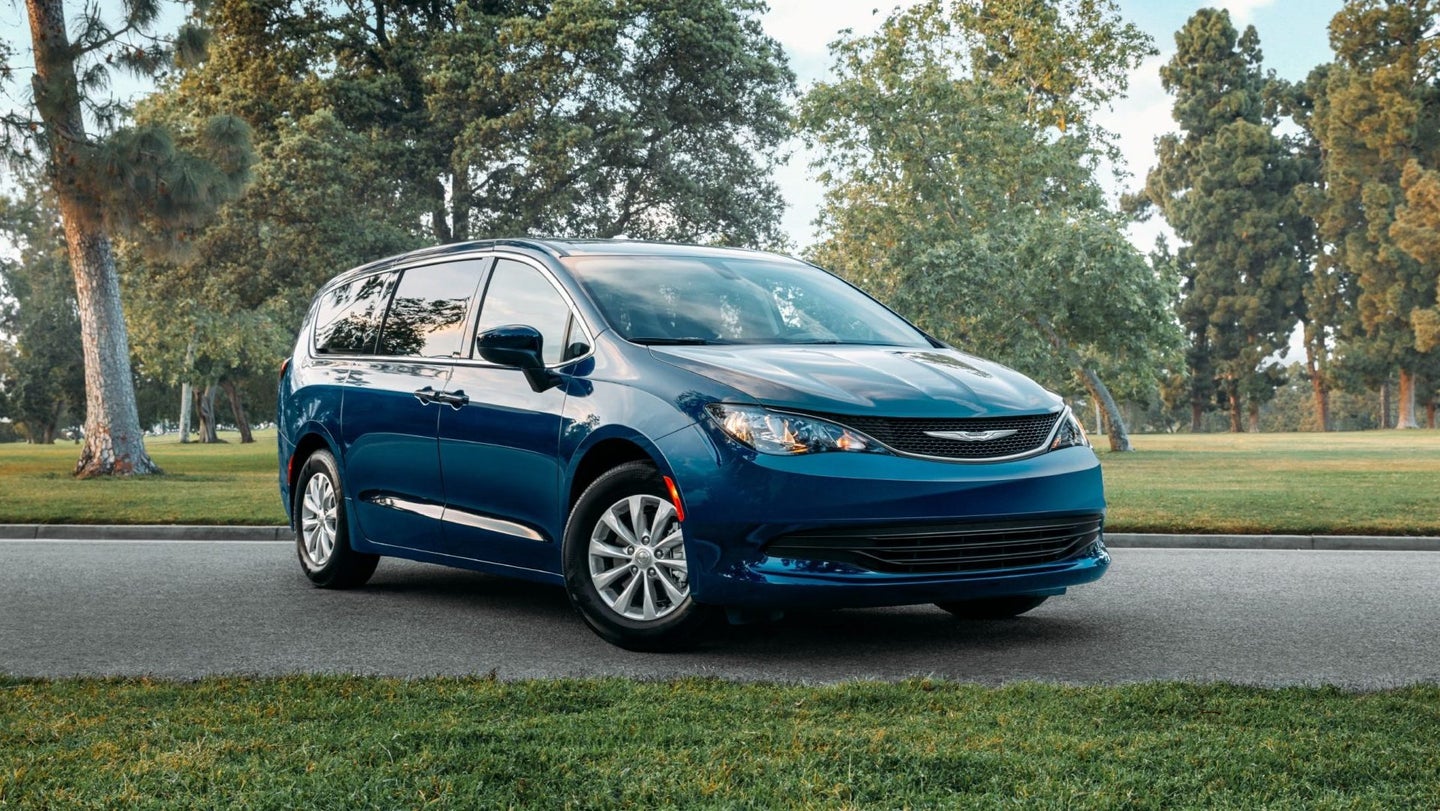 With crossovers and SUVs being all the rage when it comes to family transportation, minivans have become the alternative choice. The original people-carrier is now a throwback body style for those who remember the days when parents were parents and didn't care who knew it. Chrysler is seemingly doubling down on the nostalgic appeal for the 2020 model year, renaming lower trims of its Pacifica minivan as the Voyager.

Specifically, the new-but-old name will apply to what was previously known as the Pacifica L and LX trims. The entry-level Voyager L comes with manual climate control, a bench in the second row, and cloth seats while the LX adds captains thrones in the middle row, a power adjustable seat for the driver, audio controls on the steering wheel (fancy) as well as SiriusXM satellite radio. Both seat seven and feature a seven-inch infotainment screen with Apple CarPlay and Android Auto.

An LXi model is also available for corporate fleets, offering Stow 'n Go in the second row, leatherette, and a roof rack.

Otherwise, everything about this minivan appears to have been carried over from the immensely safe Pacifica. It's still powered by a 287-horsepower, 3.6-liter Pentastar V6 paired to a nine-speed auto transmitting power to the front wheels only.

Yes, there are new Toy Story and Men in Black movies in theaters right now and Chrysler just unveiled a new Voyager. Congratulations everybody, we're living in the '90s all over again.

Of the 57 cars chosen for the award, Japanese and Korean models made up the majority while American representation was extremely low.