Keen buyers will have to step up to a Pacifica or start their own rent-a-car business. 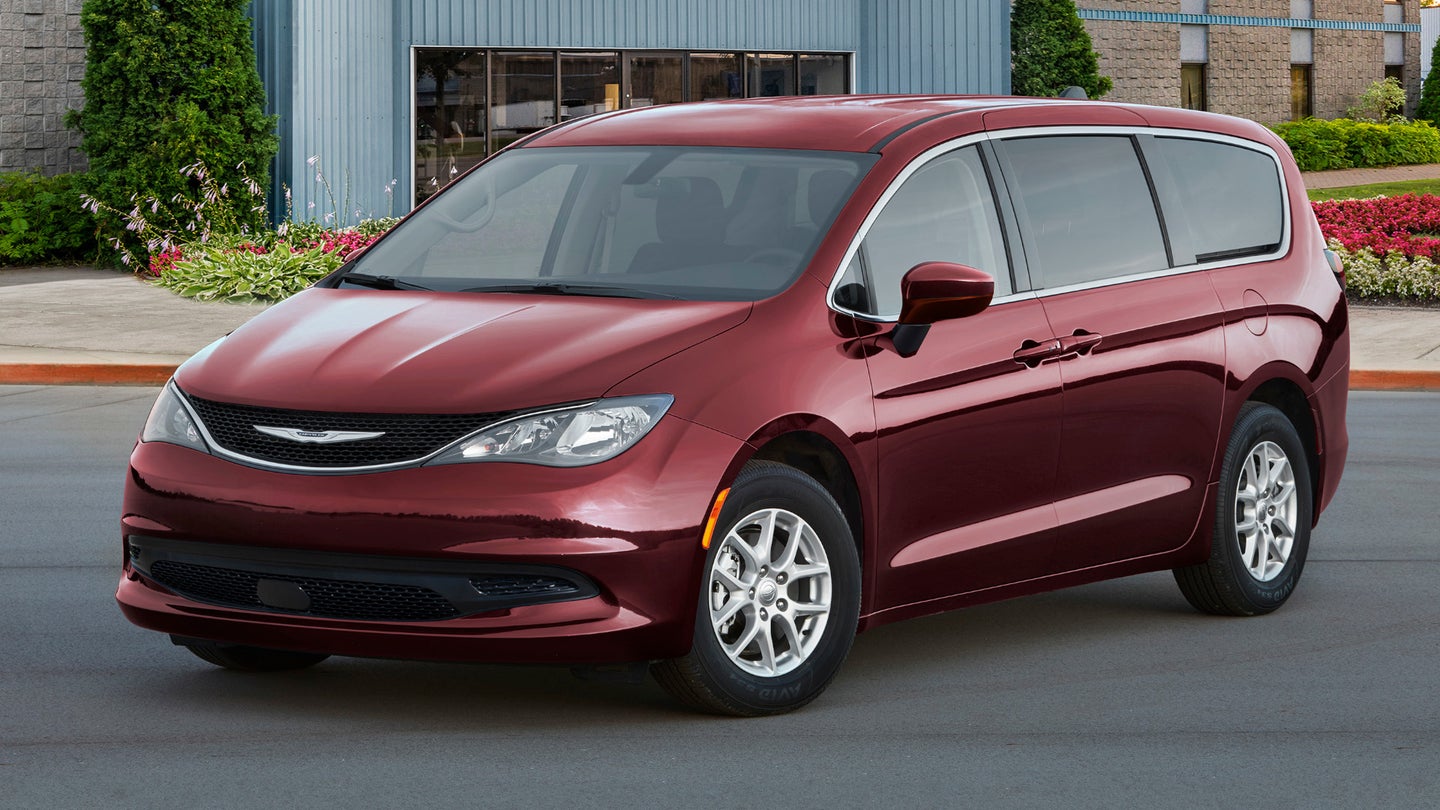 The Chrysler Voyager is a name with a long and storied history, assuming you're into stories about minivans, that is. Reinstated in 2020 as a budget version of the Chrysler Pacifica, it's a no-nonsense family hauler with seating for seven. However, it looks like the Voyager may soon be restricted to fleet-only sales in future, according to reports from Autoblog.

As the minivan obsessives know, the current-generation Voyager is essentially just a rebadged version of the Pacifica's former lowest trim levels, the L and LX respectively. Where the Voyager L starts at $27,860, the cheapest Pacifica is the touring that comes in at an MSRP of $35,820, a jump of almost $8000. It's a significant bump for those eager to get into a new van.

Given the price difference, it's a move likely being made in order to shore up the minivan's profit margins. At least with fleet sales, what Chrysler gives up per unit can be made up in volume. The lineup will reportedly be slimmed down to a single trim level, the LX.

Inside, expect to find a 7.0-inch infotainment screen running Uconnect 5, second-row Stow 'n Go seating and a powered sliding door. Other niceties include heated front seats and a heated steering wheel. All very fancy for what is almost certainly a future rental car.

Under the hood, so to speak, the Voyager should hang on to its 3.6-liter 287 horsepower V6, as shared with the upmarket Pacifica. A 9-speed automatic channels drive to the front wheels only, with AWD and hybrid options limited to Pacifica models. We suspect enthusiasts won't shed too many tears about the continued lack of a manual transmission option.

With the Dodge Grand Caravan discontinued in 2020, and now the Voyager going fleet only, lower-end options in the minivan market are starting to dry up. However, it seems as though the market as a whole still has value. The Pacifica shifted a full 93,802 units last year, putting it easily ahead of competitors like the Honda Odyssey and Toyota Sienna.

Thus, if the reports are accurate, it may be that the 2020 revival of the Voyager name is short-lived in the broader marketplace. The Drive has reached out to Chrysler for confirmation, and will update when we hear back. For the diehard vanheads out there, it's a shame, but worry not; you can always pick up a slightly-nicer Pacifica instead. Assuming you've got the extra cash, that is.