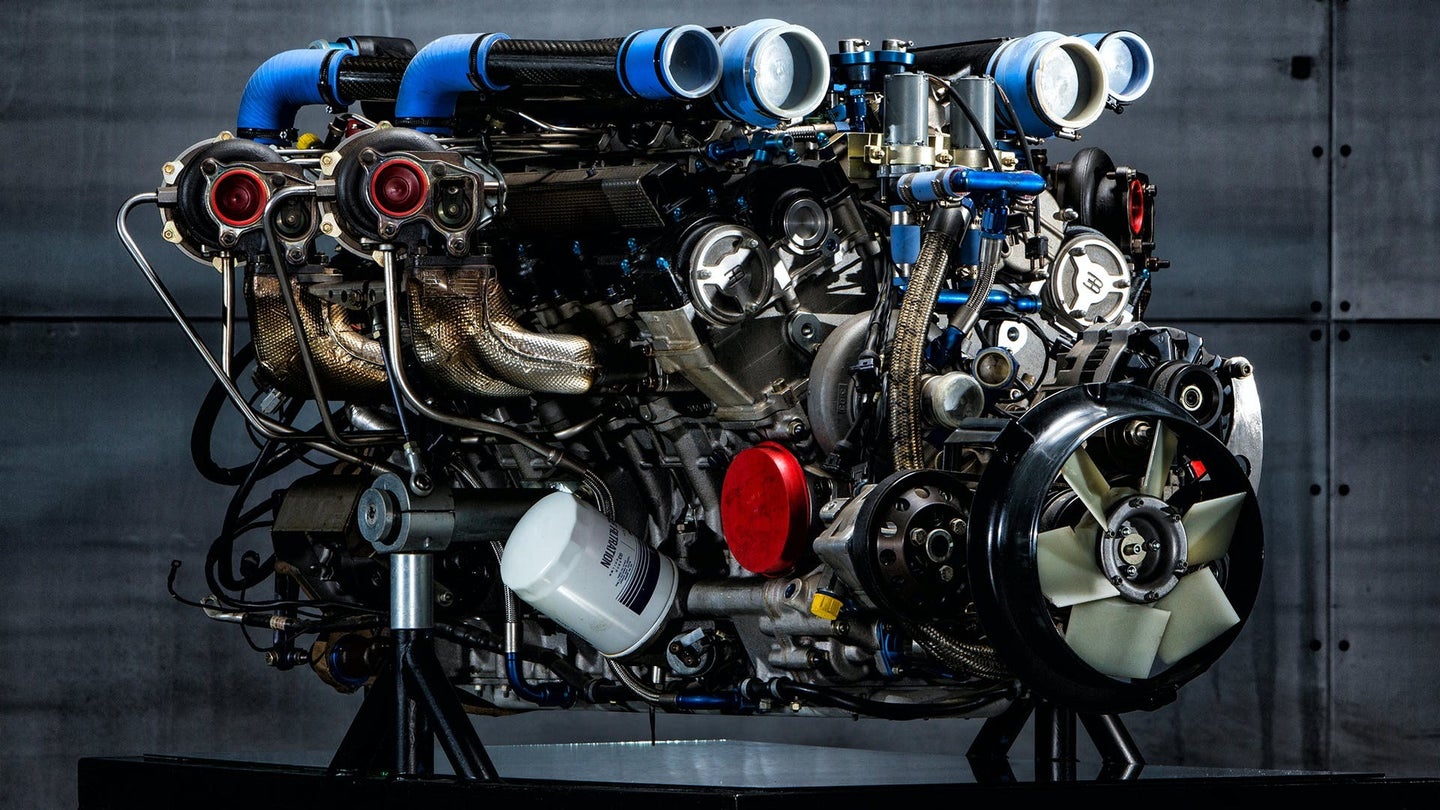 Unlike the often-mentioned McLaren F1, the 1991 Bugatti EB110 did come with a dedicated engine built from scratch, along with a six-speed manual, a carbon-fiber tub, all-wheel-drive and the great nation of Italy's hopes and dreams. Fuelled partly by Romano Artioli's fortune, this 3.5-liter is an all-alloy double-overhead-cam V12 featuring five valves per cylinder, twelve individual throttle bodies, and four IHI turbochargers with charge-air cooling for a whopping 560 horsepower at 8,000 rpm, and 450 pound-feet of torque at 4,200 rpm in EB 110 GT tune.

Designed by Nicola Materazzi and current Lamborghini Chief Technical Officer Maurizio Reggiani, the V12 produced even more power in the roughly 30 EB110 Supersports made after 1993. These offered 611 horsepower at 8,250 rpm, along with 479 pound-feet at an unchanged 4,200 rpm.

One of these Supersports (also known as Sport Stradales) is part of the Mullin Automotive Museum's large Bugatti collection in Oxnard, California, where they refer to it as the EB110 Supersport "Le Mans," claiming three were made in this mysterious spec. They also add a bit of history, stating that "in 2008, Peter Mullin purchased this EB110 SS Le Mans in Europe."

According to the much-trusted EB110 Registry, 1994's chassis SS22 was sold new in Germany as a standard Supersport, then exported to Japan, where it seems to have been upgraded with an engine kit including a new ECU and a very shiny intake system, resulting in an increase in turbo boost as well. 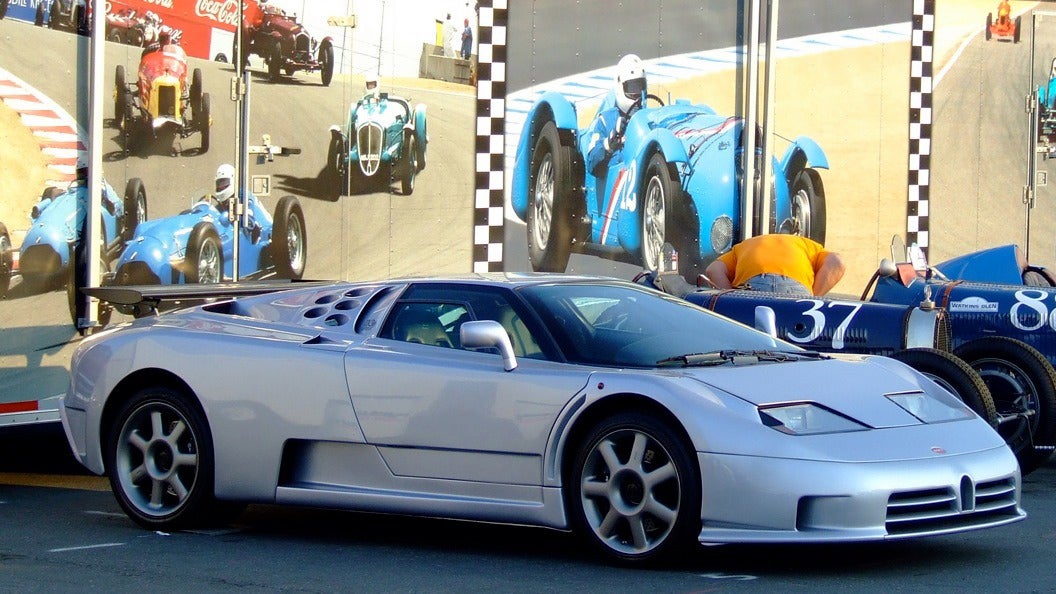 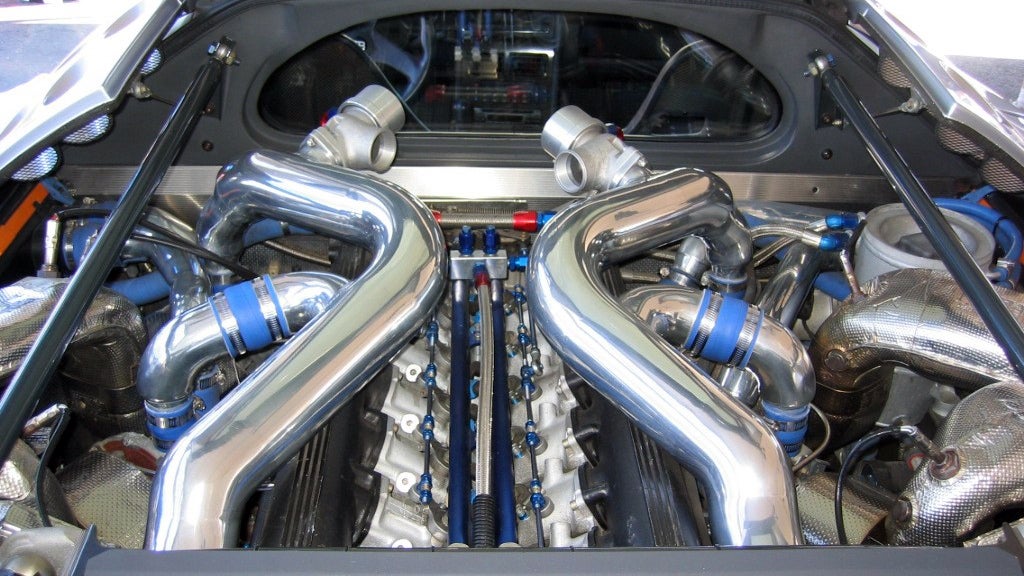 From Japan, SS22 went to Bruce Canepa in California, who indeed sold it to Peter Mullin in 2008. The registry continues that since this Supersport got no title, it's not road-legal in the United States.

As Rick Eberst, the Mullin Automotive Museum's docent points out, the odometer shows just 375 kilometers, or 233 miles, in total. It's safe to assume that the roof-mounted "ABS-off" switch has never been activated.