Here, have a bespoke supercar sitting on the chassis of one of Bugatti’s most iconic vehicles for $854,000. 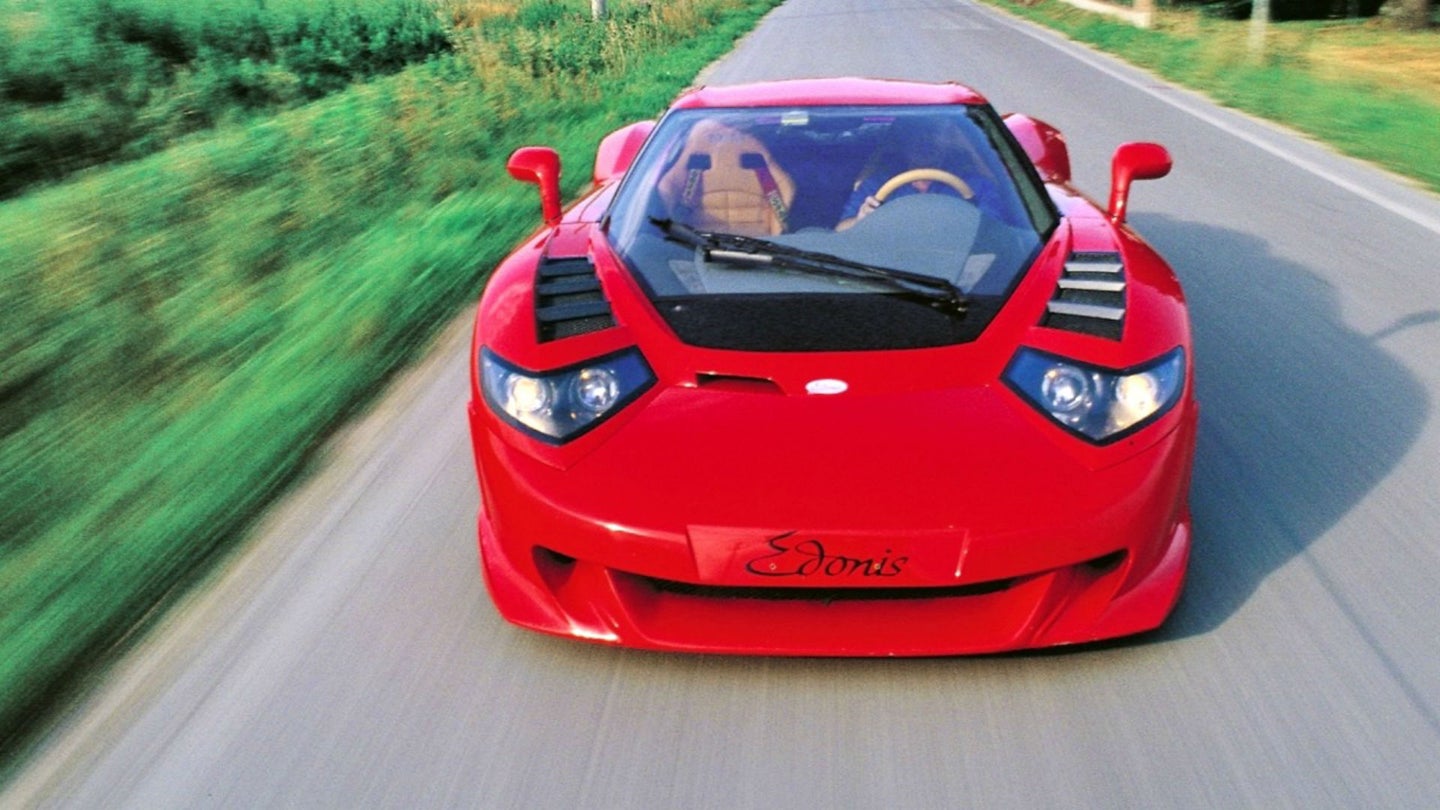 Those who know the story of the Bugatti EB110 know that this supercar had a rough life. It was developed during Bugatti's brief Italian ownership to restore the brand to its former glory and celebrate the late Ettore Bugatti's 100th birthday but indirectly contributed to Bugatti's bankruptcy.

Some of the employees who originally worked on the EB110 project came together again to revive the car's legacy in the form of the SP-110 Edonis Fenice. The Edonis first appeared in 2001 from Italian manufacturing firm B Engineering. They acquired all remaining 17 EB110 chassis leftover from Bugatti Automobili S.p.A.'s demise, and set to work on designing an unrestricted supercar with the help of Lancia Stratos and Ferrari F40 engineer Nicola Materazzi.

Years later, B Engineering partnered with Las Vegas EB110 specialists Casil Motors to make the Edonis Fenice a reality. The result of this collaboration is an analog, rear-wheel drive supercar with a proper manual transmission designed for purists. The car has plenty of EB110 left in it, sporting the Bugatti's carbon fiber monocoque chassis and a better version of its 3.5-liter V12.

The Edonis' engine is stroked to 3.8-liters and sports two large turbochargers (instead of the Bugatti's quad-turbo setup), resulting in a 178-horsepower increase. This results in a zero to 60 mph time of 3.4 seconds and an estimated top speed of 220 mph.

The car will cost about $854,000 and Casil Motors will only build 15 of them, but each Edonis is tailor-made to the customer's wishes. Not only can you choose from a huge exterior color palette (including original EB110 colors) and interior trim materials, but whether you want your SP-110 to be a luxury sports car or stripped-down track car, meaning that no car will be the same.

This was the first example built by the French automaker.