The True Story Behind the Lost Supercar

Everything you ever wanted to know about the Bugatti EB110. 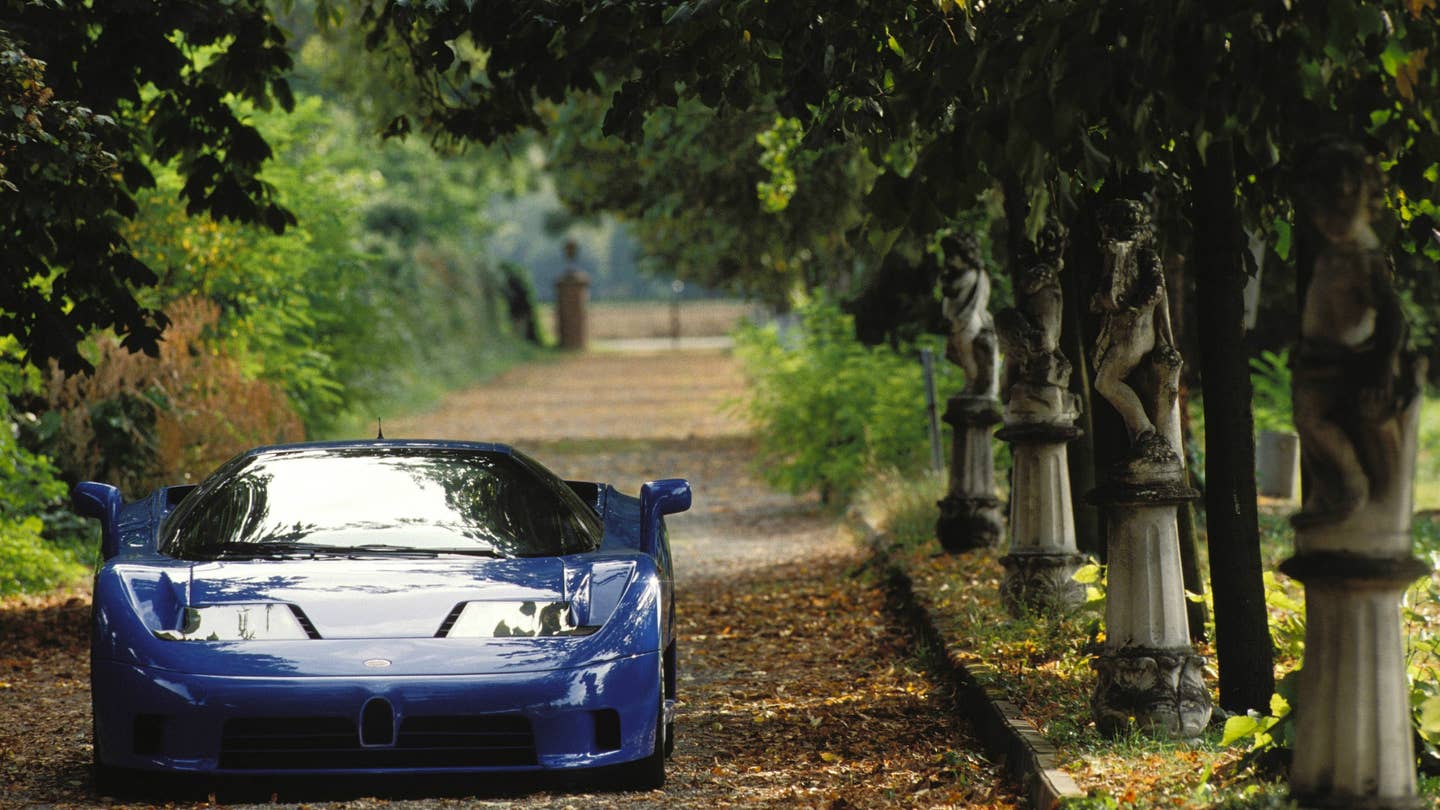 You could argue that Bugatti is most interesting of all the Old World automakers. You wouldn’t be wrong. Founded by an eccentric engineer from an artisan family, the company has been around, in one form or another, for over a century. That run has produced everything from the greatest prewar racing machines (Type 35) and most desirable design specimens (57SC Atlantic), to the finest luxury vehicles (Royale) and the greatest hypercars (Veyron). It’s also been marred by failure, bankruptcy, and suicide. Bugatti’s history is equal parts romance and tragedy.

Company lore is usually divided into two eras. The first period, under the Automobiles Ettore Bugatti brand, runs from 1909 to 1947, when founder Ettore was alive. The second, from 1998 to present, after it was relaunched as Bugatti Automobiles S.A.S. under Volkswagen Group ownership. But there’s another chapter, a brief period during the late-Eighties and early-Nineties. What’s the story behind that ill-fated revival, Automobili Bugatti S.p.A.? Only those who lived it truly know.

Which is the focus of this wonderful new mini-doc from Kidston. It chronicles Bugatti’s EB110, the world-beating supercar meant to restore the brand to its former luster. There’s plenty of car porn, behind-the-scenes goodies, and previously unseen period footage. But what really shines are the interviews, moments where the ideas and decisions and struggles hang out. Hear it all from Ezio Pavesi, factory groundskeeper; Romano Artilo, erstwhile CEO; Federico Trombi, head of R&D, and others. It’s not just everything you ever wanted to know about the EB110. It’s a unique insight into what really makes cars great: The people behind them.