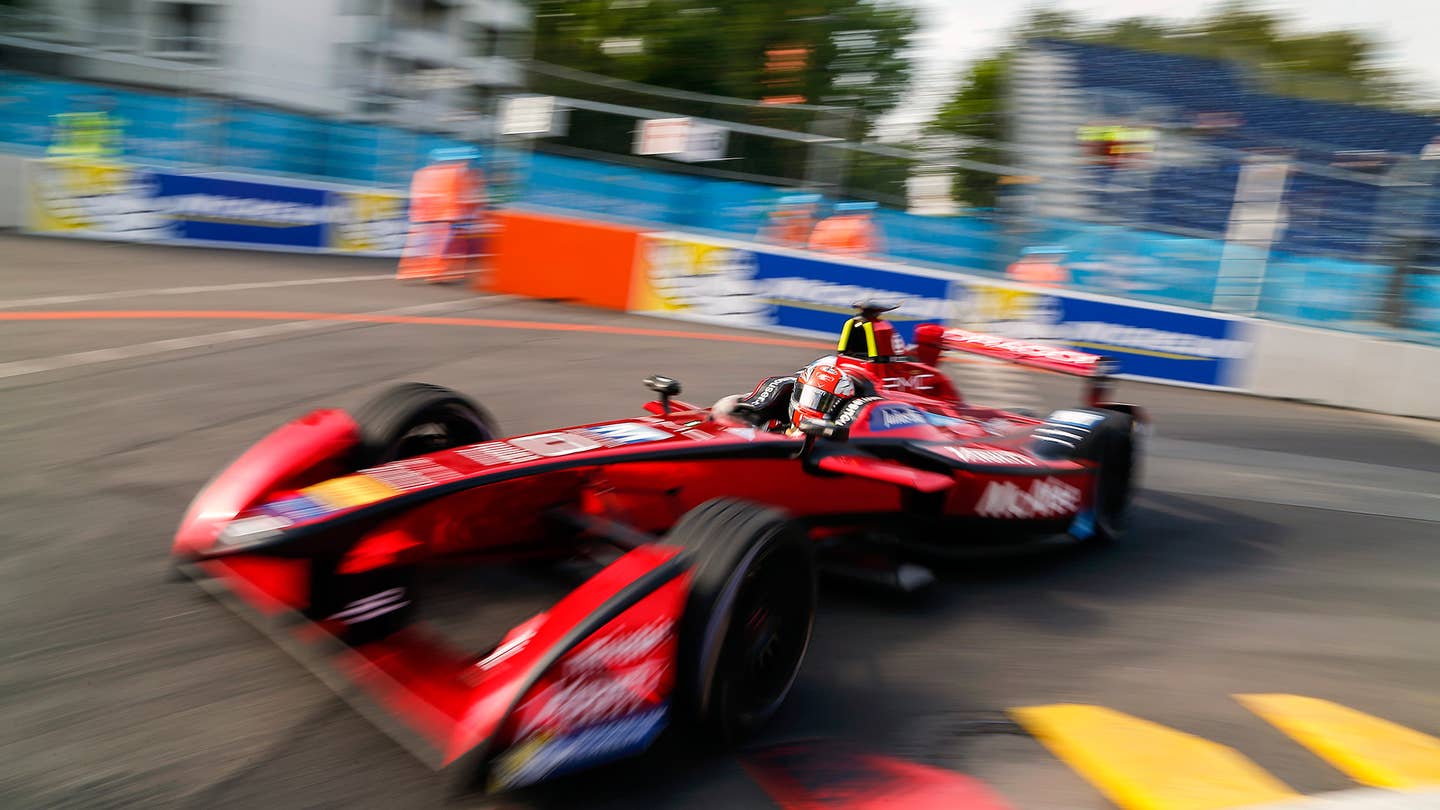 Formula E has big plans for next year's Consumer Electronics Show. Come Janury 2017, the electric car-based motorsports series plans to pit the sport’s professional drivers against video gamers in a virtual race on stage—with the potential to win at least a million dollars.

Formula E CEO Alejandro Agag said the Las Vegas event, if it proves successful, could become part of the series' championship race someday, where drivers would receive points just as they do in real-world competition. Gamers will be chosen via a three-month-long “Race to Vegas” competition conducted by Formula E, with five finalists ultimately making their way to Sin City to battle the professional drivers.

The CEO said the prize purse would be “six-figures-plus,” while Reuters quoted insider sources as saying the winner would take home $1 million. That latter amount is far more than a driver in the series could win at any of the sport’s 10 regular rounds.

To keep things as fair as possible between the professional pilots and the gamers, the Las Vegas event track will only be revealed on the day of the event, held sometime between January 5–8 during the Consumer Electronics Show.

Normally, the gamer/racing driver exchange goes the other way, with gamers working to become real racing drivers. Nissan’s GT Academy, gave video game players a chance to prove their skills on a real track and ultimately earn a place on a profession racing team. The new game

Gran Turismo Sport will give players a chance to to earn real FIA license points, or be feted at the FIA’s annual ball alongside Lewis Hamilton and Sébastien Ogier.

The move is right in line with the two-year-old Formula E's crowd engagement strategy. Formula E, which reportedly has a younger fan base that is newer to motorsport and more active on social media compared to Formula 1 fans, is constantly uploading content to its YouTube channel. Earlier this year, it inaugurated the four-round virtual Race Off Pro Championship through Forza Motorsport 6 to run alongside the real-world season. After that, it partnered with Virtually Live to provide downloadable, computer-generated versions of actual races that can be watched from numerous vantage points through VR headsets like the HTC Vive and Oculus.

Agag said eventually he would like to see a setup where virtual reality gamers can race real drivers on a real track during one of the rounds of the series, but that sort of thing remains a ways off. The next step toward the future—before the Roboracers show up and take over everything—is the CES ePrix.

The Drive Goes Behind the Scenes at Formula E Long Beach

Pulling back the curtain on the electric car racing series.