If you're going to have your toes smashed by your spoiled brat, it might as well be in this. 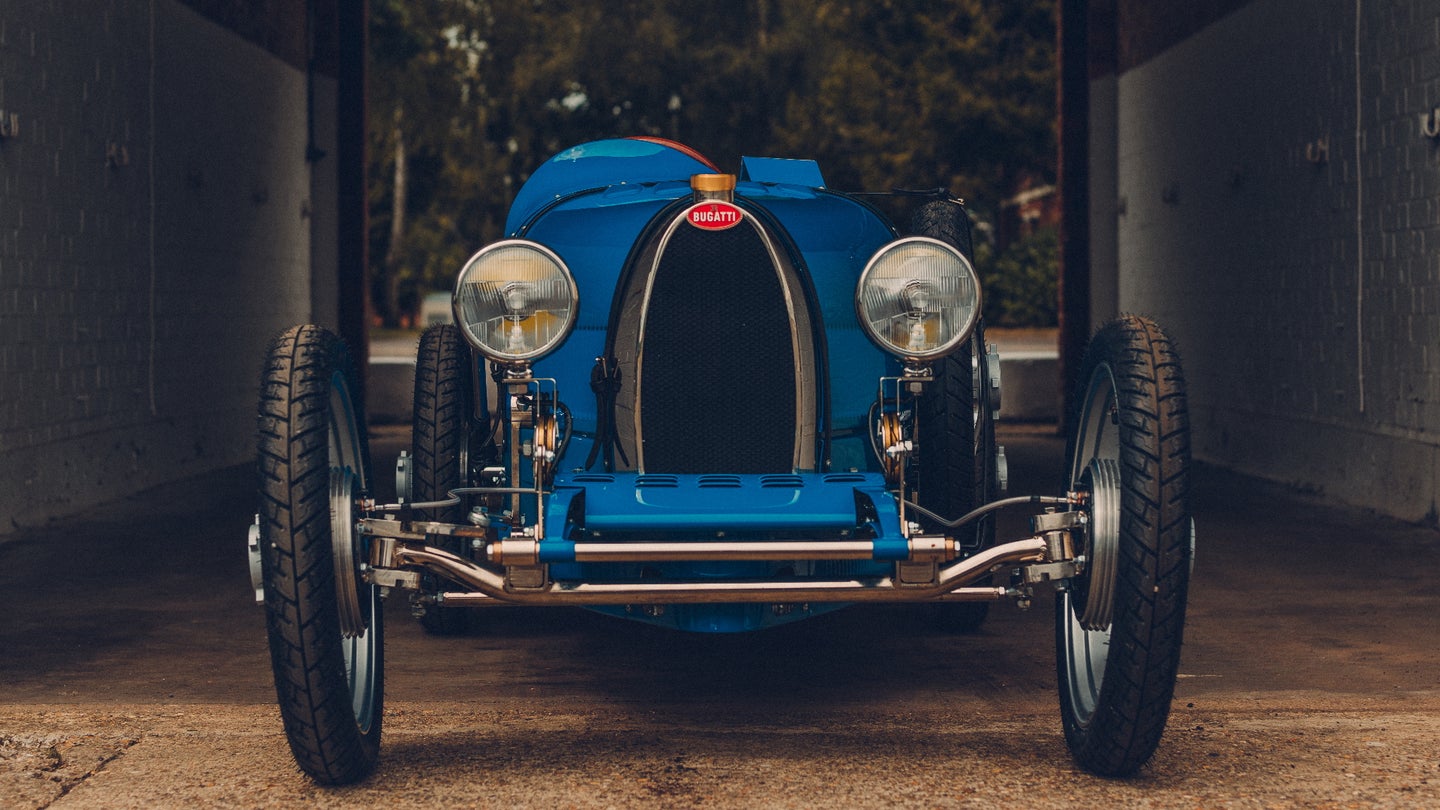 Although the Bugatti we know today makes some of the most extreme and expensive cars in the world under the Volkswagen umbrella, the Molsheim, France-based automaker is a company with modest family roots. It was started in 1909 by Ettore Bugatti, who obviously loved cars, but first, he loved his sons. In 1926, his four-year-old son Roland asked Ettore for a car, and unable to tell him no, he got to work with his older son Jean to produce the original Bugatti Baby, a half-scale, electric replica of their famous Type 35 racer.

Of course, it ended up being a hit with rich customer's children, so 500 of them were ultimately produced and sold between 1927 and 1936.

Today, despite some of the charm being lost, Bugatti has remade the baby, albeit at a slightly larger three-quarter scale and with a bit more power. It's called the Baby II, and it can do 42 miles per hour. 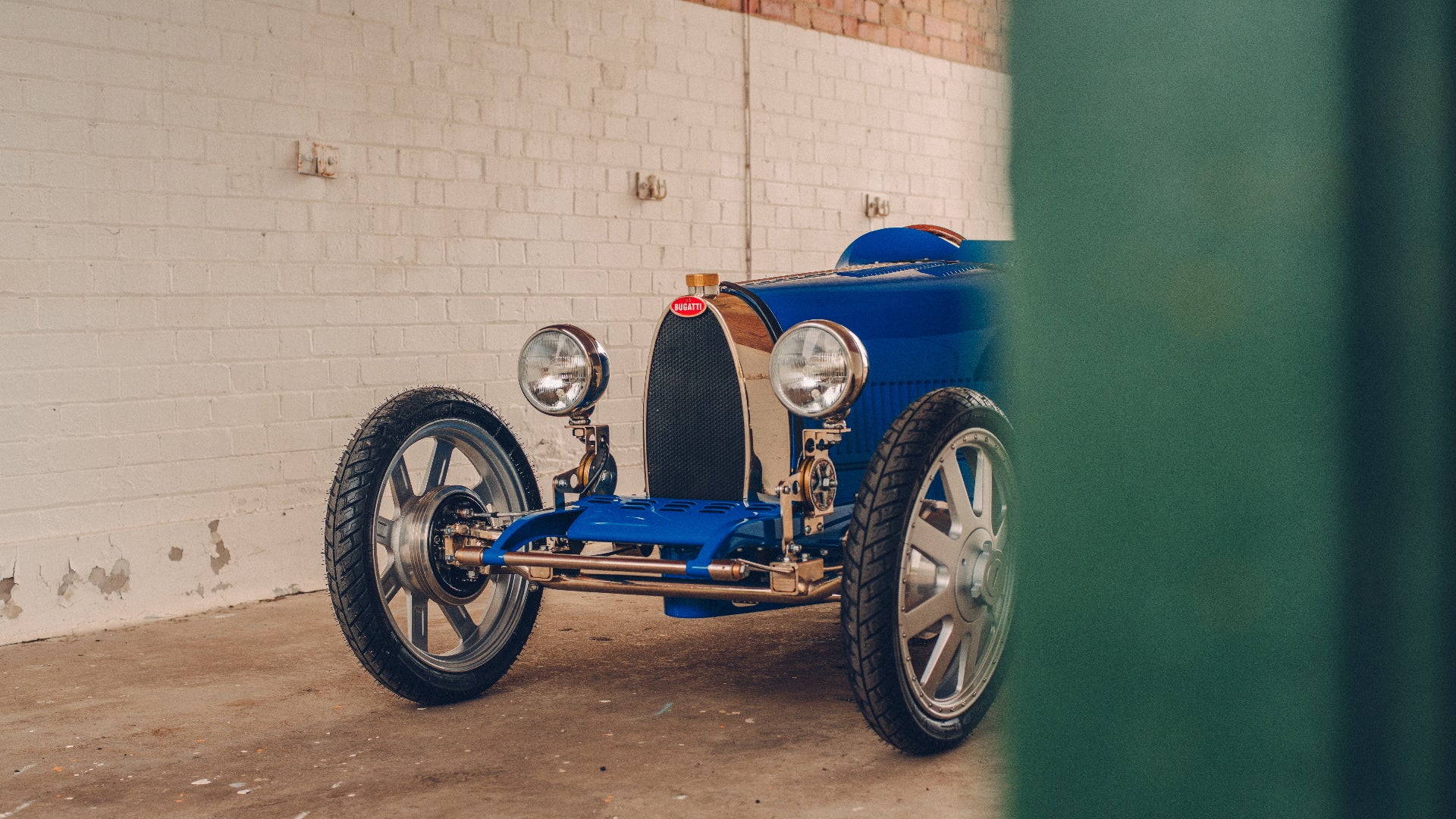 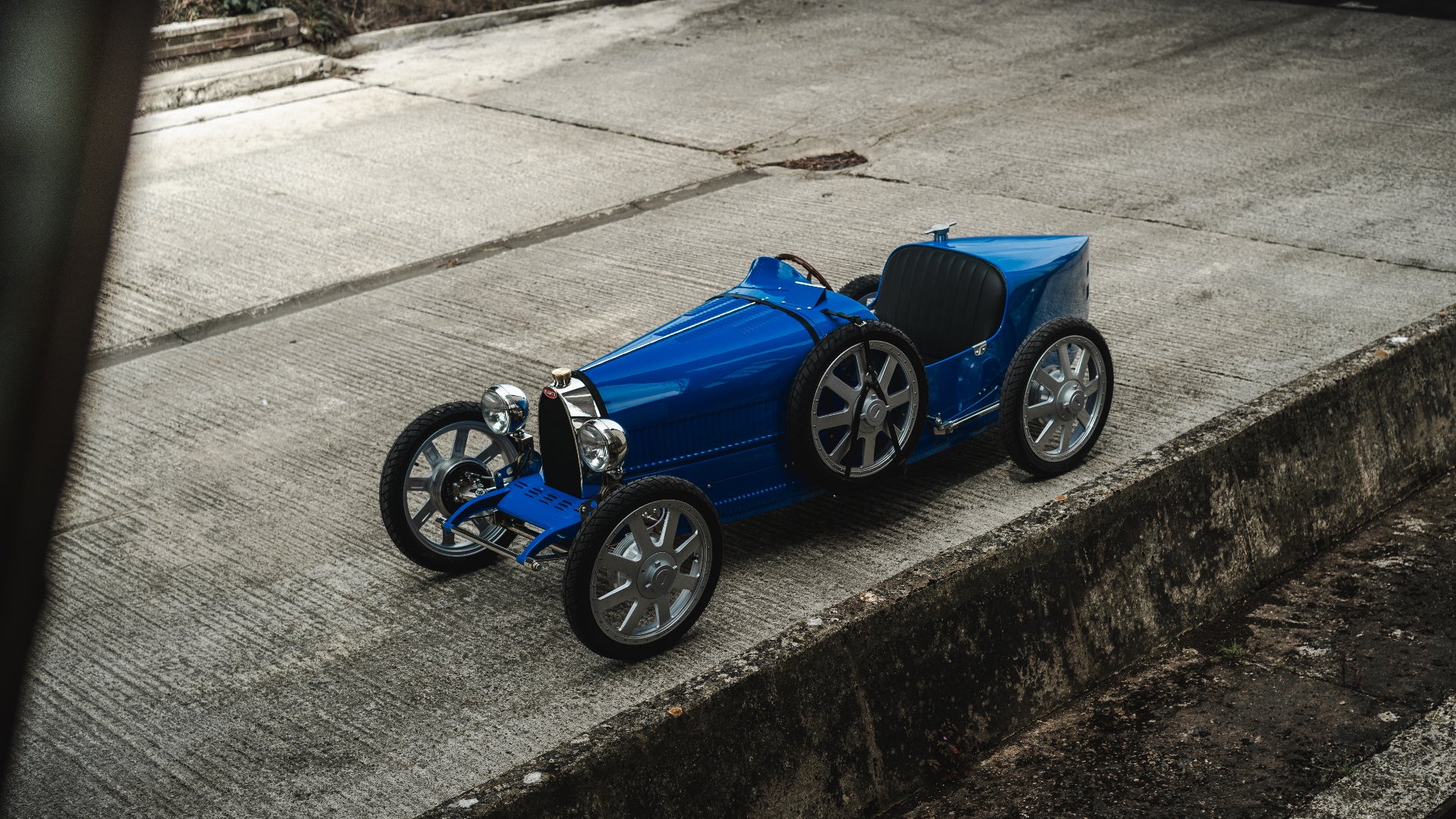 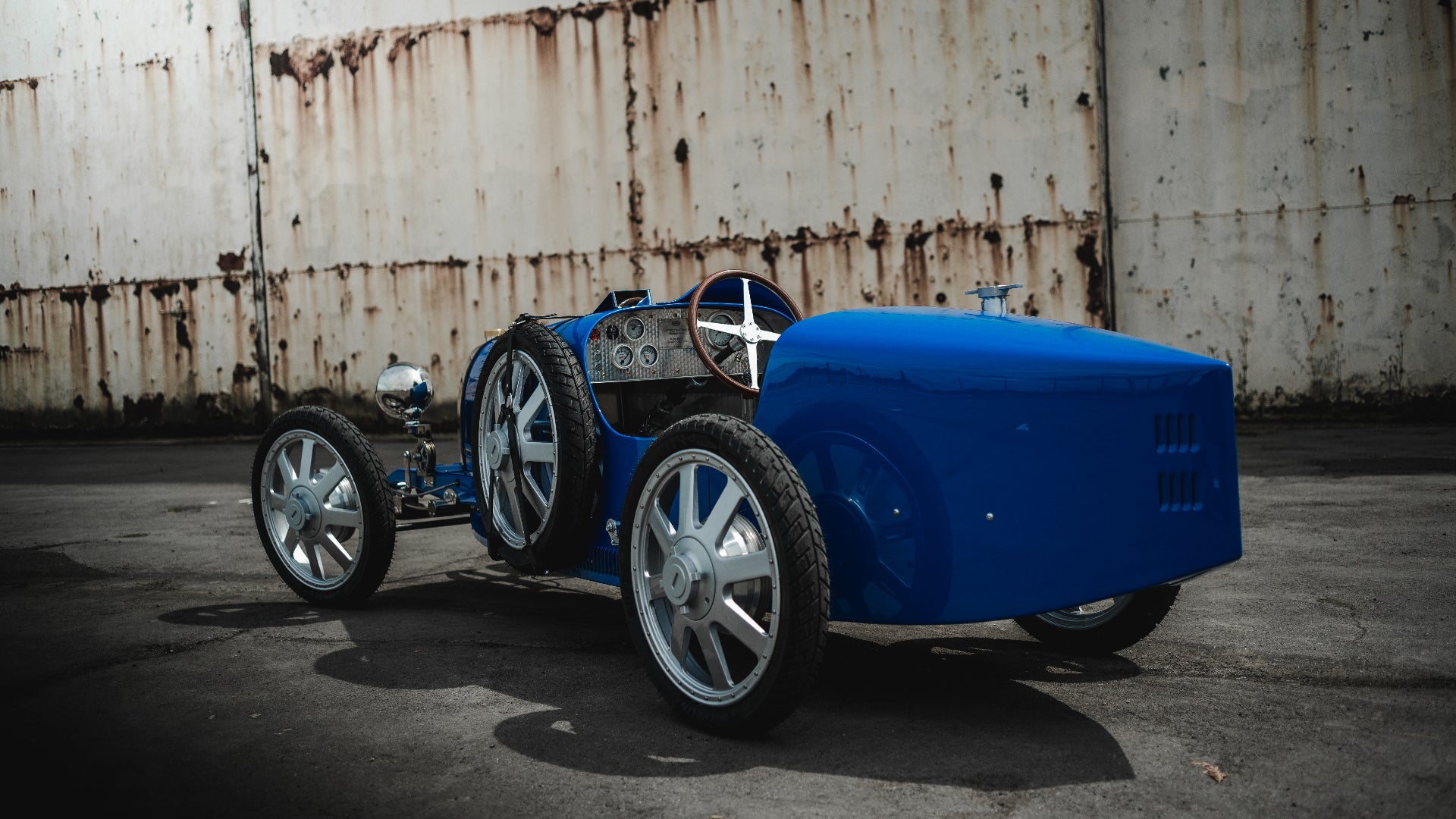 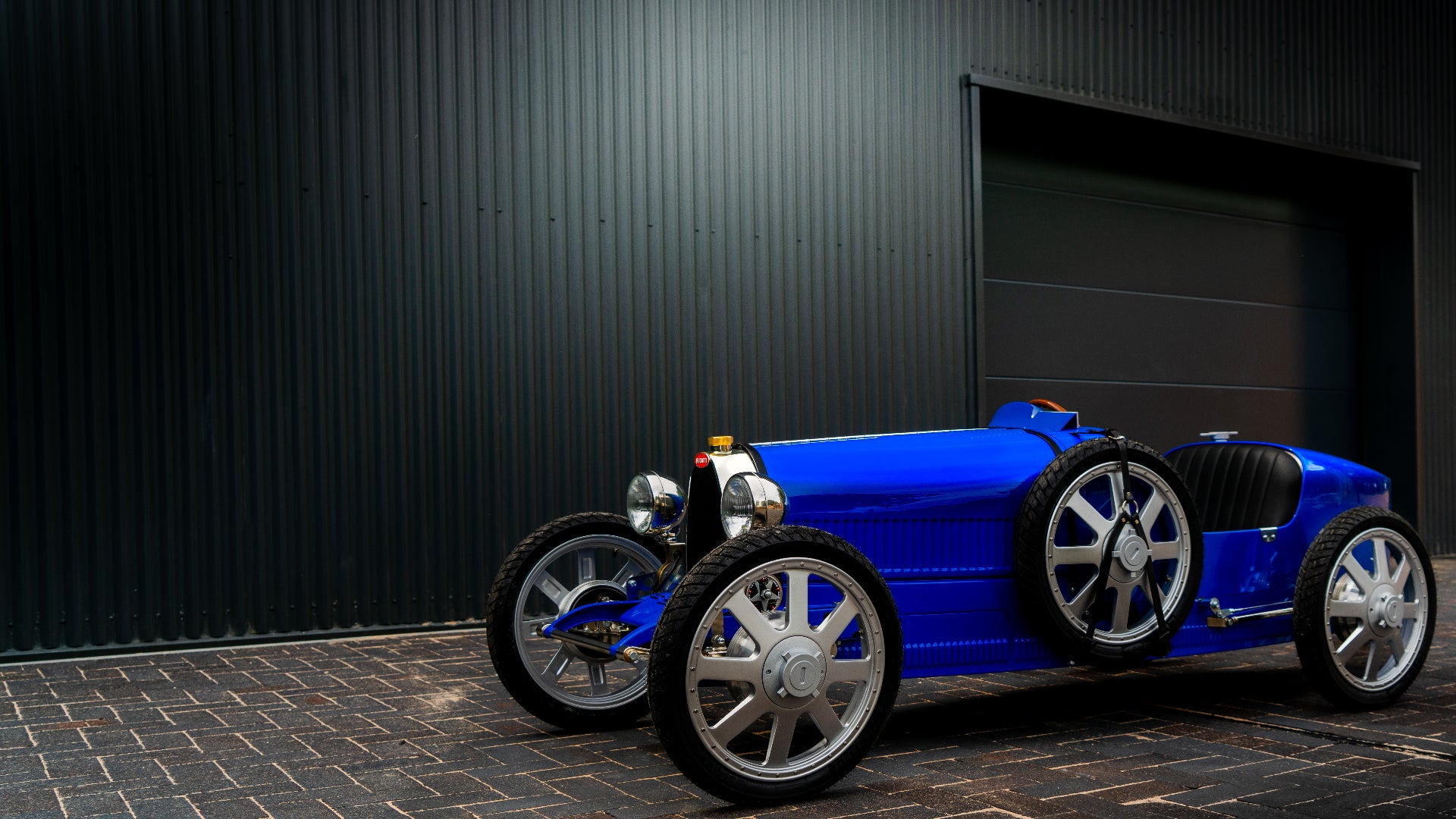 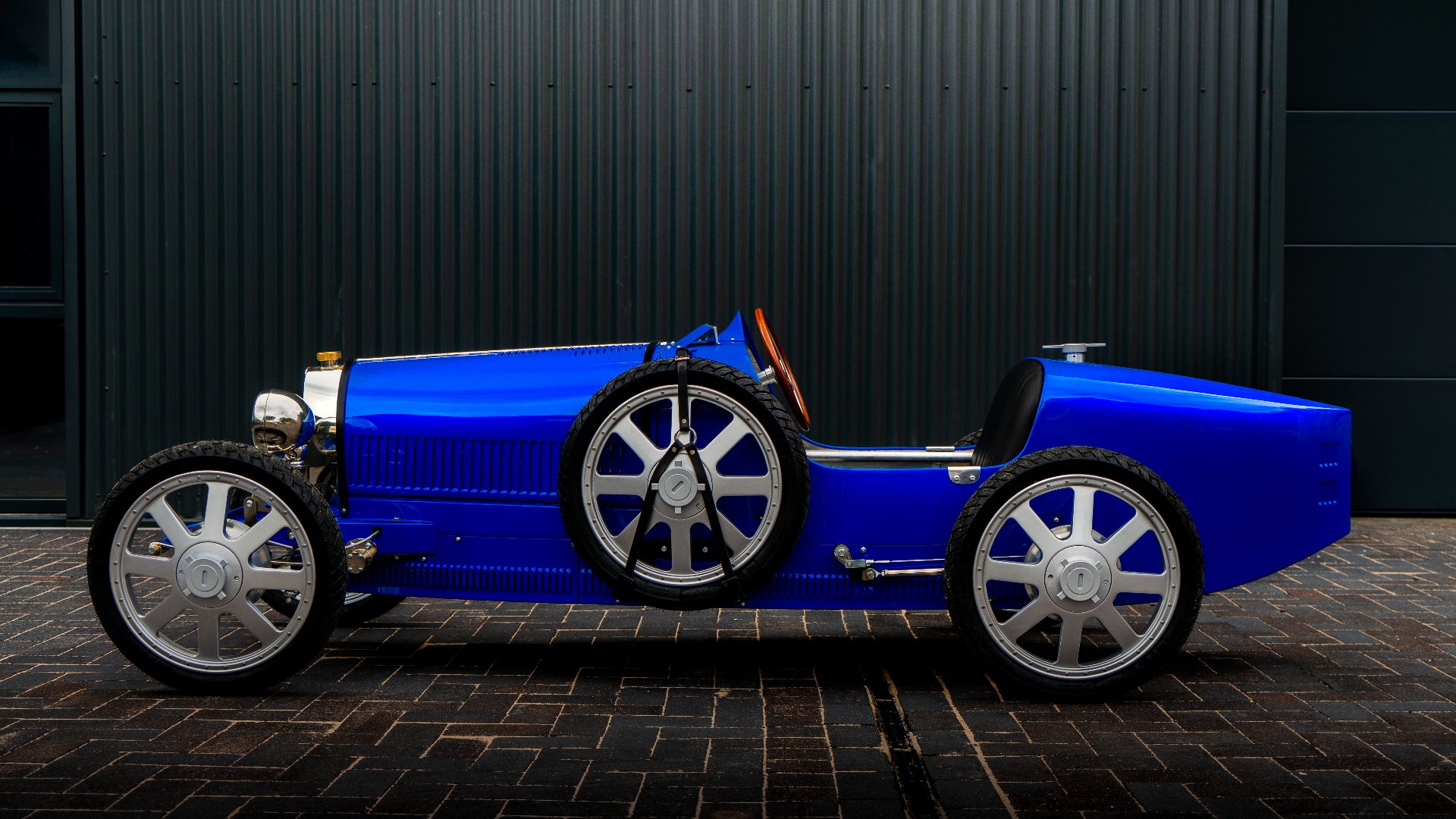 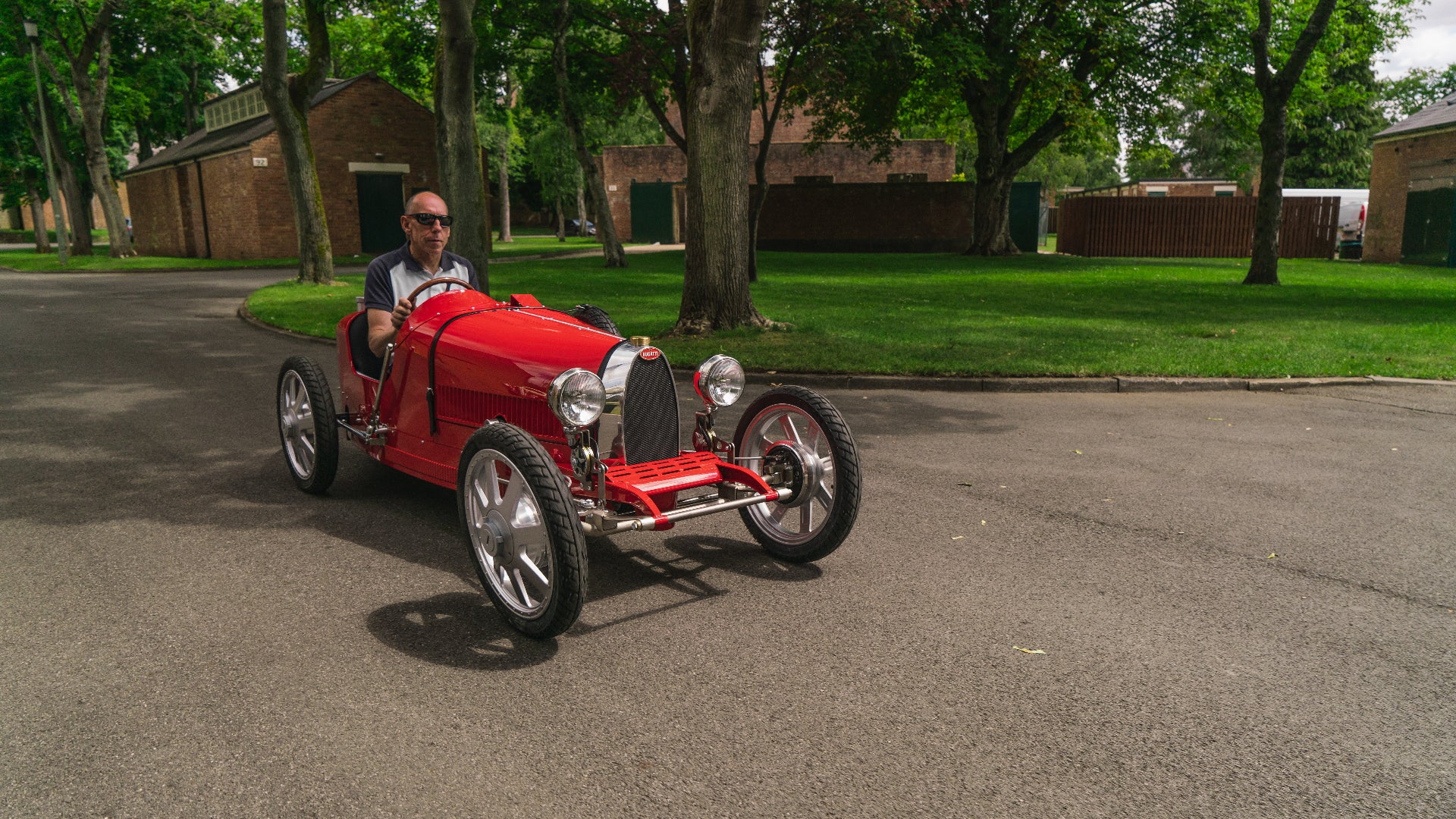 It'll do said speed thanks to a 13.4-horsepower electric motor that powers the limited-slip rear axle. That power is only available in the Vitesse and Pur Sang trims, however. There's also a base model. Yes, Bugatti's toy car for rich kids has three trim levels.

The positively plebian €30,000 base model (about $35,000) is eloquently named "Base." It has a composite body (plastic of some description), paired with a 1.4Kwh battery pack, which provides about 15 miles of range. That pack also allows the 5.4-hp electric motor to propel the base-model Baby Bugatti up to 30 mph in "Expert" mode—if you consider your child an expert. There's also a "Novice" mode that's limited to just 12 miles per hour—perhaps for one of your offspring who you only have 1.3 horsepower's worth of faith in.

I wouldn't want to be seen in that base model, however. You can only get it in blue and I don't want my dearest Rupert to be arrested for vagrancy in downtown Monaco. For that reason, I'll be taking out a loan against my parent's house (don't tell them) to purchase either a Vitesse or Pur Sang trim level. Ah, I'm feeling better already. A bit further from that base model filth.

The Vitesse is the cheapest model available with the top-of-the-range 13.4 horsepower electric motor. That is, if you consider €43,500 ($50,500) cheap. It has a larger, 2.8kWh battery pack for an extended range of about 31 miles, and its 42 mph top speed is also a bit easier to reach thanks to a carbon fiber body.

Yep. That's not even the most expensive one.

The exterior is available in a variety of colors, as is the leather the seat is upholstered in. You can also select a higher quality leather if regular hides won't do. And the only difference between this model and the range-topping "Pur Sang" is the €58,500 ($68,000) price and the hand-formed aluminum body. Bugatti tells us it takes 200 hours to form.

There's a variety of other techy stuff that the little car has like LED headlights and regenerative braking, but most of the other details we received from Bugatti talk about riveting stuff like how the fuel pump handle has been exactly reproduced using 3D scanning and so is the gear selector.

Frankly, with all of the technology at Bugatti's disposal, I'm not sure why they aren't just making exact, full-size replicas of Type 35s. I know there are companies that already do that and do it well, but all of this fuss for something for a kid to tool around in seems pretty silly to say the least. Plus, we all know that kids don't care about stuff like this, and they will undoubtedly leave it out in the middle of the yard for it to get rained on.

I'm afraid you'll have to act fast if you want one, though. The original 500 reservations ran out rather quickly, but a few spots have opened up due to the global pandemic. You can configure one on the Bugatti Baby's website if you want to confirm with your child which color would be appropriate for his new toy. I think our Deputy News Editor Caleb is actually doing that right now.