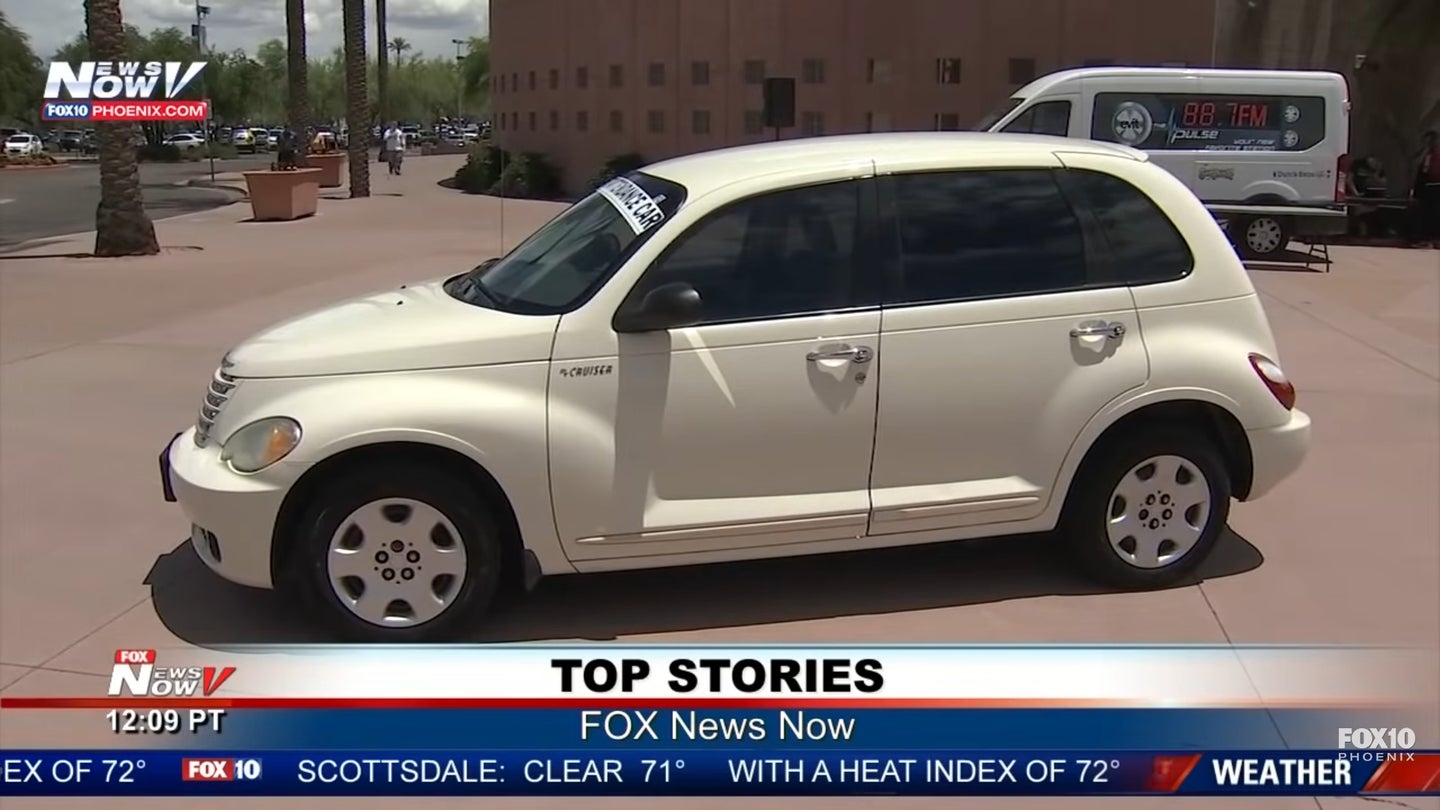 One Scottsdale high school student is getting the keys to freedom, winning a free car last week for having perfect attendance presumably all school year. The awesome ride he scored for all of that hard work and punctuality? A Chrysler PT Cruiser. Because that's exactly the car every teenager wants—right, Skyler?

Yes, this is a thing that actually happened and not the premise of a Saturday Night Live sketch that pokes fun at how lame, er, well-mannered teenagers have gotten.

According to FOX 10, the contest was organized by the East Valley Institute of Technology school district and garnered hundreds of qualified students who went all year without missing or being late to a class. In the end, six finalists were chosen and each given a box, only one of which contained the keys to what FOX 10 describes as a "brand new PT Cruiser" even though the car hasn't been in production since 2010.

"We ran our perfect attendance list from all of our campuses, and we had several hundred that qualified for it, and then, we went through the process to of kind of whittling it down to the six," said EVIT Interim Superintendent Chad Wilson. "Some of the soft skills, like punctuality and attendance, matter in the work field just as much as the academics do."

Driving home with a free, white Chrysler is Saguaro High School junior Michael Duarte, who said he "wasn't really expecting to win today but it's cool I did." Duarte adds that the PT Cruiser provided significant motivation to avoid being late for class. "Just tell myself every day don't be late because I might win that car."

Curiously, this isn't even the first time a PT Cruiser has been awarded to a high school student with perfect attendance. Back in 2011, Las Cruces Public School District in New Mexico gave away a PT Cruiser Convertible to a 17-year-old student with a spotless attendance record. That school district has since made the car giveaway an annual tradition with the most recent winner driving home in a 2019 Toyota Yaris iA.

Look, a free car is a free car and Michael sounds like a very hard working young man with a bright future ahead of him but winning a PT Cruiser for having perfect attendance in high school? Not something I'd necessarily lead with on a date but to be fair, anyone taking dating advice from a crusty, mouth-breathing car blogger such as myself probably wasn't going to get very far anyway.

Anywho, Mike, congratulations and enjoy your new ride. Your automotive journey can only go uphill from here.

School officials say it’s ‘a matter of safety and equity for all students.’