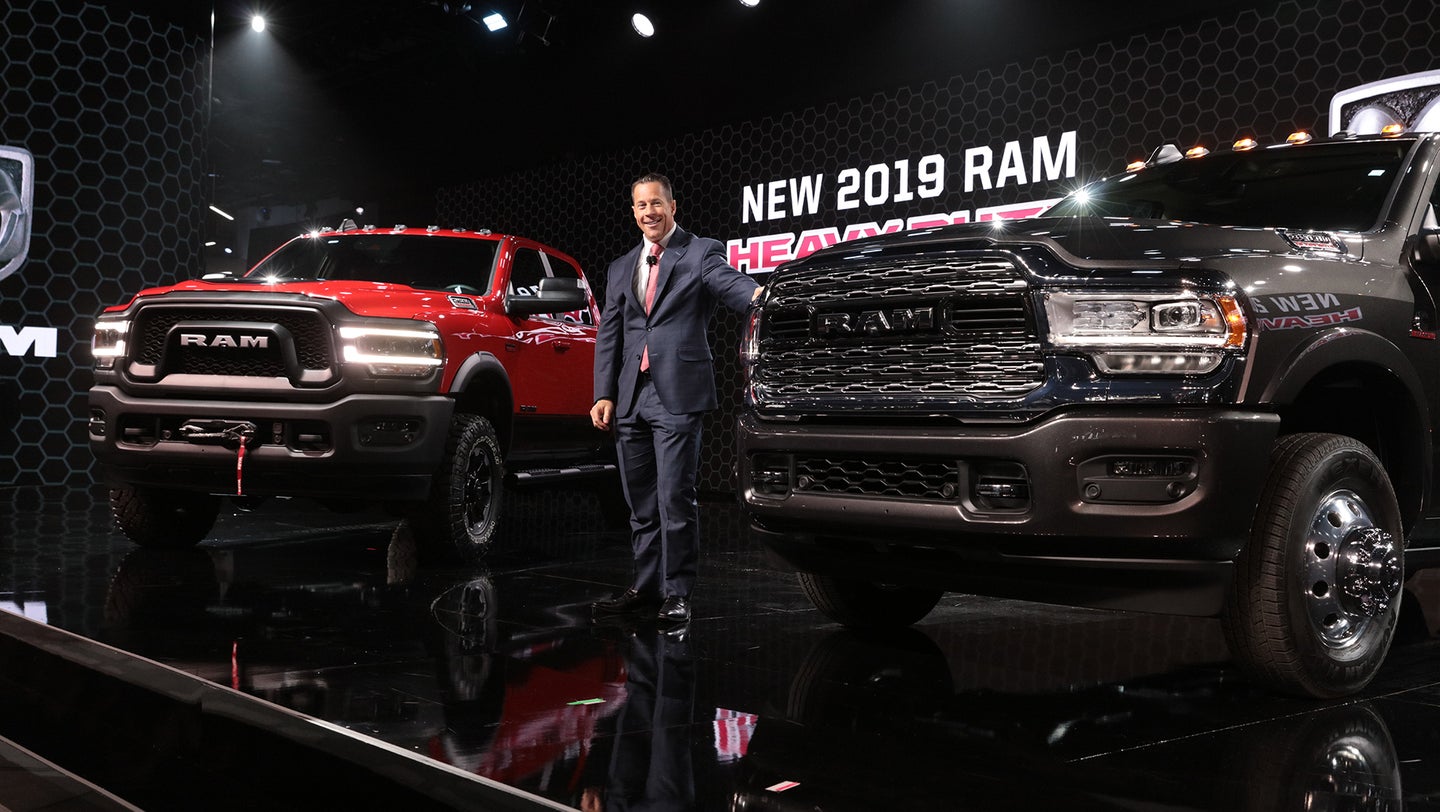 The federal government has been looking into the automotive industry’s sales practices for awhile, and Fiat Chrysler Automobiles has been a subject of that investigation. After the probe began, FCA even changed the way it reported sales. Allegedly, during that process, FCA's top sales chief and current head of Ram Trucks, Reid Bigland, faced retaliation as a result of cooperating with the investigation.

In a report from The Detroit News, Bigland filed a whistleblower lawsuit Wednesday saying that the automaker retaliated against him for cooperating with the investigation and has punitively slashed his pay by more than 90 percent. Bligland's lawsuit alleges that the company was to use the money saved from not paying his salary to pay the fines to the Securities and Exchange Commision.

The lawsuit claims he is seeking damages of $1.8 million.

Bigland's lawyer, Deborah Gordon, wrote in the lawsuit, "In late 2018, presumably as a way to wrap up their investigation with some result, the SEC suggested to plaintiff that he admit to some wrongdoing as to defendants' monthly sales reporting." Gordon continued by saying, "Because (Bigland) had not engaged in any wrongdoing, and there was no wrongdoing, he declined to do so."

Bigland wrote a letter to federal investigators laying out the company's sales reporting practices, which he says he inherited, and that those practices were well-known throughout the company. Bigland sent that document which is when, according to the lawsuit, the retaliation began.

"(Bigland's) unwillingness to act as a scapegoat for defendants' 30-year practice which predated him, and his candor regarding defendants' knowledge of this practice prior to and during his tenure as head of U.S. caused FCA to retaliate against plaintiff less than two months later by withholding his compensation," Gordon continued.

FCA responded to The Detroit News saying, “(Bigland's) eligibility for incentive compensation—like that of all corporate officers—is subject to a determination by the Board of Directors' compensation committee that he has satisfied the applicable company and personal performance conditions. Mr. Bigland's eligibility for his award remains subject to that determination and completion of a Board-level evaluation of issues that are the subject to governmental investigations (as previously disclosed by FCA) in which FCA continues to cooperate. Beyond that, it would be inappropriate to comment on ongoing litigation or internal compensation processes."

The entire investigation began after two dealerships in the state of Illinois filed a civil racketeering lawsuit against FCA. They alleged that the company offered dealerships money to report unsold vehicles as sold. FCA has since changed its reporting practices.

This lawsuit comes just as the company made a $35 billion merger proposal with Renault, which would create one of the largest automotive alliances in the world.