This isn’t the pedal and steering wheel setup you’ve got at home. 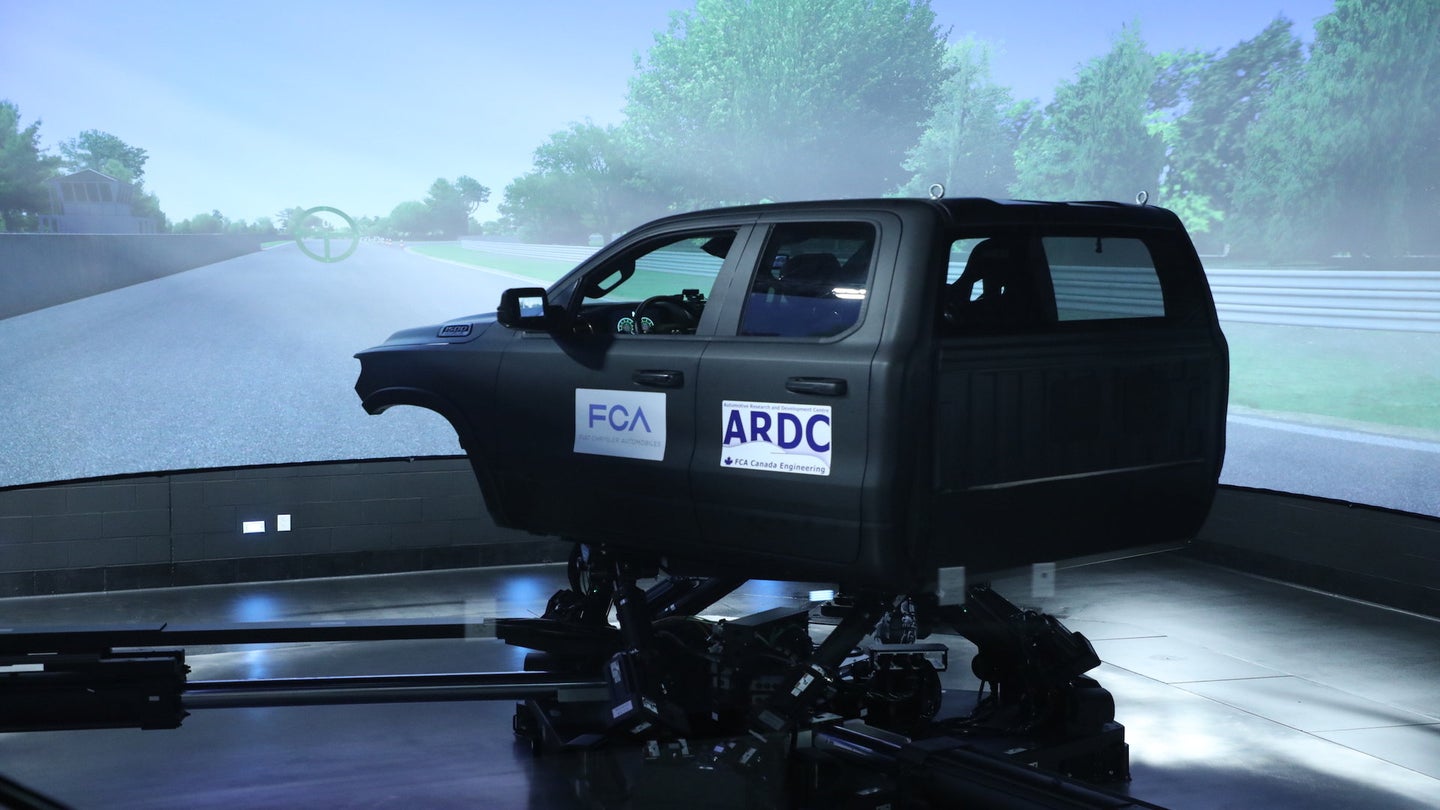 Fiat Chrysler Automobiles just unveiled a hyper-realistic driving simulator which the company says is the most advanced system of its kind in North America, one that can emulate any vehicle on any road surface.

Where normal driving simulators are built on six actuators that provide movement, this piece of equipment—named VDS—is designed to produce a much wider range of motion. Though it looks like a chopped-up Ram 1500 on stilts, the system has nine actuators underneath it that create a life-like driving experience with movements that are said to be much closer to how a vehicle would behave in the real world. The whole 4.5-ton setup “floats” on a three-micron cushion of air that makes operation quieter and smooths out the motions of the giant actuators.

The VDS is fitted with a pickup truck cab in the initial photos we see here, but FCA says the simulator can be set up with any vehicle body and can emulate any road conditions or environment. The system uses five massive projector screens to handle visuals, all of which are scanned and stitched together from real-world driving surfaces. One simulation uses FCA’s proving grounds in Chelsea, Michigan, and includes all of the elevation changes, off-camber roads, and potholes from the real thing. This way, people can experience the real "Detroit experience" without needing to get an alignment done every two weeks.

Just how much does all this next-level equipment cost? According to FCA's press release, just over $10.1 million CAD was spent on the project as a whole.

The VDS system will be used to support FCA’s Chassis Vehicle Dynamics at first but will be expanded in the future to help the company develop advanced driver assistance systems and human-machine interfaces (think infotainment screens).

The machine is located at FCA's Windsor, Ontario facility which employs 180 people in all sorts of engineering and product growth roles for the company. The site has six different road-test simulators and operates research and development partnerships with several colleges and universities.