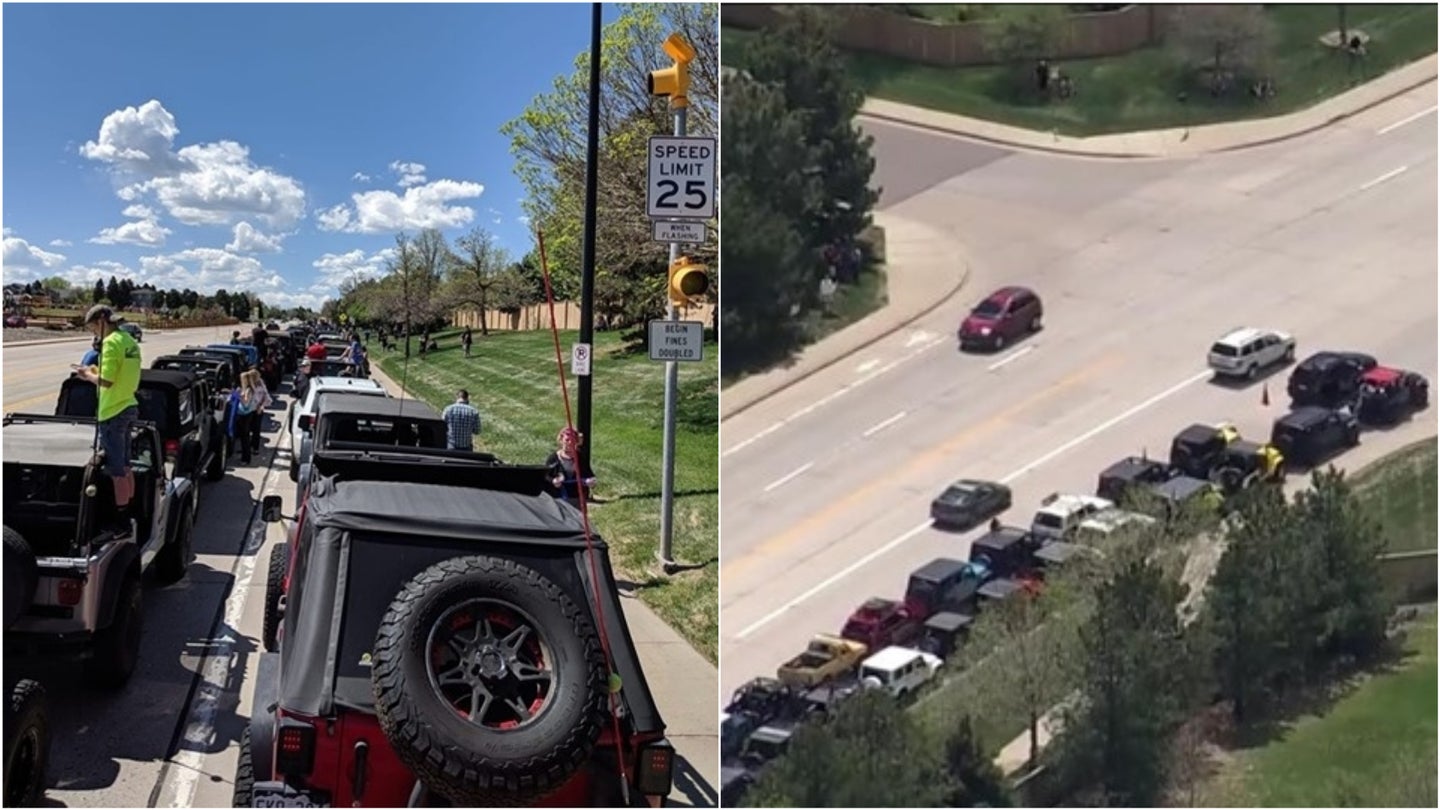 Jeep owners in Colorado gathered by the hundreds to pay their respects to a heroic teen that was recently killed in a school shooting while trying to disarm the deadly criminal.

Kendrick Castillo was a budding 18-year-old roboticist attending STEM School Highlands Ranch in Highlands Ranch, Colorado. On May 7, a classmate entered the classroom, drew a handgun, and ordered everyone not to move. Castillo took action, lunging at the gunman and pinning him to the wall, but was shot in the chest, fatally wounding him. His actions, however, allowed classmates to subdue the armed individual, preventing many more injuries. Castillo was the only person killed in the shooting.

Colorado's Jeep community took notice when it found out that Castillo was one of its own—an avid off-road enthusiast. Multiple regional Jeep groups organized via Facebook to escort Castillo's funeral procession to a church on Wednesday, the date of his service.

"As soon as we heard that Kendrick was a Jeeper, it kind of spread like wildfire throughout the Jeep community," explained Catherine Fanaro, founder of Colorado Jeep Girls, to CBS Denver. Fanaro was able to get approval for 600 Jeeps to attend the service, though over 800 reportedly volunteered to pay tribute to the hero that was Kendrick Castillo.

"People in the community just really want to get together and support however we can," continued Fanaro. "This is a huge turnout. I didn't expect it to get as big as it did, and it's not just Jeepers. It's other four-by-four enthusiasts and car clubs and stuff that have reached out and said, 'hey I want to be part of this.'"