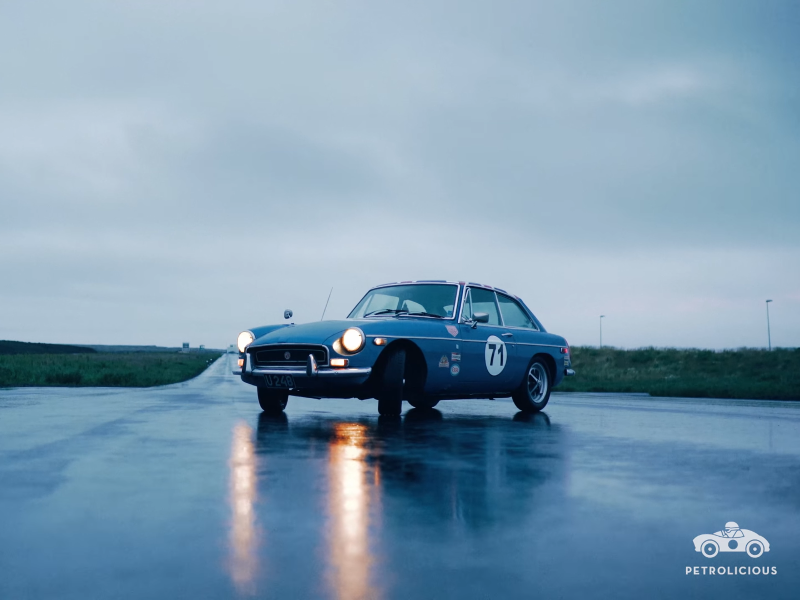 It's often said that Iceland is trying to kill you. Yes, the people are famously friendly and there's practically no crime, but there's a reason it's a common stand-in for alien planets in movies—its landscape is both breathtakingly beautiful and utterly inhospitable to all but the hardiest forms of life. So it's easy to see why the spotlight is on Bjartur Gudmundsson's daily driven 1971 MGB GT, a car that should have long rusted into the earth by now, as it holds a big middle finger up to aging and slides around the Land of Fire and Ice in the latest film by Petrolicious.

Gudmundsson says he knew he had to have an MGB GT from the moment he first laid eyes on one while traveling in the U.K., but opportunities to purchase classic, rust-prone British sports cars in Iceland are... limited. In the meantime he and his brother in law imported a pair of rough MGBs (a roadster and a GT), intending to strip them down completely and rebuild everything "from scratch," as he says. Then four years ago fate brought the starring 1971 model his way in the form of a old widow parceling out her deceased husband's things. All it needed was a quick mechanical and cosmetic refresh and he's has been driving it to work (and for pleasure) every day since.

"It has this very special sound. The dashboard, the feeling, the smell, everything. I just, I just fall in love. It’s hard to explain, it’s something about them," Gudmundsson tells Petrolicious.

Watching it dance across the tarmac and around gravely bends is a beautiful sight and it's clear he's got a unique bond with this tossable classic hatch, but it's the shots from inside the cabin that show just how visceral the driving experience really is.

"It is loud so you’re not allowed to think. You can’t. You just have to drive," he says.

He's also got a word of advice for anyone out there feeling buried by their own project cars. He and his brother-in-law spend Monday nights helping each other with their two original MGBs, and though they're both pretty much dissembled at the moment, he's not worried about finishing.

"One night a week, just to work on the car. It doesn’t have to be more than that. If you do that, the car will be finished. It doesn’t wear you out, and you will love it to the end."