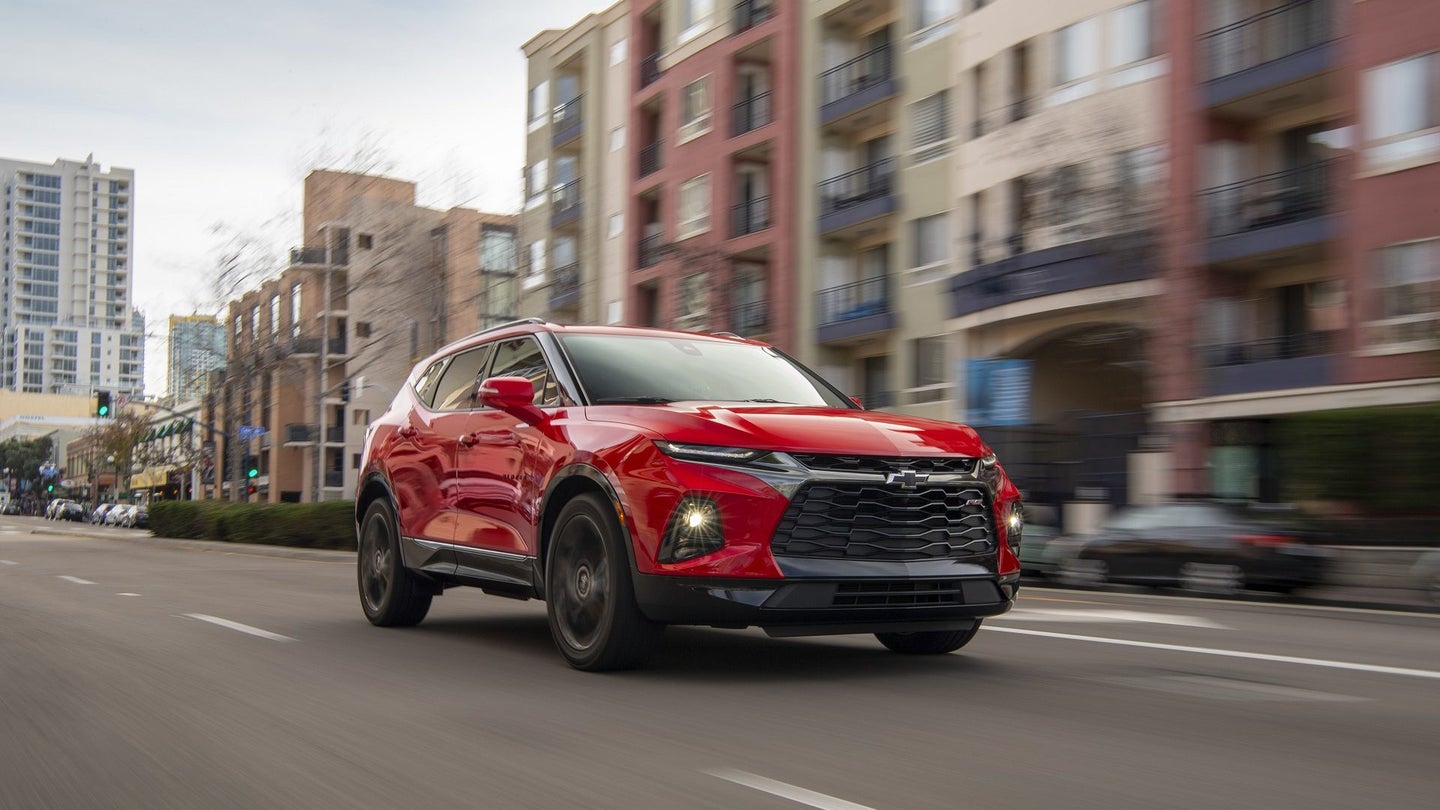 At its most powerful, the 2020 Chevrolet Blazer makes 308 horsepower courtesy of a 3.6-liter V6. Owners looking for even more speed, however, may soon be able to turn to the aftermarket because Lingenfelter Performance Engineering recently finished working on a supercharger kit for the crossover's new engine, reports Muscle Cars & Trucks. Going for about $6,995, the engine upgrade uses an Edelbrock TVS1740 Supercharger that bumps output to 450 hp at the crank.

It'll naturally fit the Chevy Colorado and GMC Canyon pickups, but it will also be compatible with the Blazer compact crossover, creating a makeshift Blazer SS that Chevrolet has yet to build.

"Blazer was not on our radar initially," Lingenfelter vice president Mark Rapson told the publication. "But we knew it was the same motor [as the Colorado and Canyon] and the supercharger will fit. I can't tell you how many people came up and said 'can I get this installed on a Blazer?' We might go down that path. But they have to be all-wheel-drive, not two-wheel-drive."

The least expensive all-wheel-drive V6 2LT-powered Blazer can be had starting at $35,645, making a potential Lingenfelter Blazer at least $42,640.

A 450-hp Blazer would handily outgun the 335-hp Ford Edge ST and put it in the same ballpark as the Jeep Grand Cherokee SRT and its 475-hp Hemi V8. But wait, there's more! The American engineering firm is also reportedly working on a pulley upgrade that would take the Blazer's V6 to an impressive 500 crank horsepower.

Supercharge all of the crossovers, please.

Does not compute. Then again, neither does most of SEMA.

9.9 Liters of Fury: The 550-HP Lingenfelter Chevy Suburban Is the Ultimate Family Truckster