Chevy’s new high performance Blazer EV is here, but how does it stack up against the others?

Chevy's new electric Blazer is a lot to take in. There's a range of models that cost anywhere from $44,995 to $65,955, and the one that catches our eye is the top-shelf SS. It's the most powerful electric crossover we've seen yet, and there are already a few competitors on the market. Handily, they're also American offerings from Tesla and Ford.

The Tesla Model Y Performance is the benchmark as it's been on sale the longest. That said, drastically increased costs have made it a lot less attractive than it once was. Ford's Mustang Mach-E GT is roughly similar to the Model Y, and it just so happens to be the cheapest of the three.

Let's cut to the chase and look at the numbers.

A few key specs of the Blazer EV SS have yet to be released; for example, we don't know the battery size. But as it sits, there's a lot to work with. It's already the most powerful, assuming previous dyno runs for the Model Y Performance are accurate. For one reason or another, Tesla doesn't advertise a power figure for the car, though independent tests have put it in the 460-500 hp range. Meanwhile, the Mustang Mach-E GT stands at 480 hp, though it's close to the Blazer EV SS on torque when you spec it with the Performance Edition upgrades.

It's unclear how much the Chevy's drivetrain shares with the AWD Cadillac Lyriq, which is more relevant than you might think. The more premium Caddy isn't quite as rapid, but it still makes around 500 horsepower. They're both set to ride on GM's ultra-modular Ultium platform, too, which further supports the idea that the battery and motors could be the same, albeit in different states of tune.

If Chevy's range claim of 290 miles turns out to be true, its offering will slot directly in the middle of these three. The Mustang Mach-E GT falls behind here and has to use the same public chargers as the Blazer EV, while the Model Y Performance offers the most range by a good amount. It also has access to the Tesla Supercharger network, which is still superior.

The Blazer EV SS seems to really bank on its performance advantage, then. We won't know what it's like to drive for a while as regular versions of the Blazer EV don't go on sale until the summer of 2023; the SS model will follow later in the year. I'm guessing it'll be violently quick, just like all the other performance EVs out today, but for now, we've only got the stat sheets to go off of. 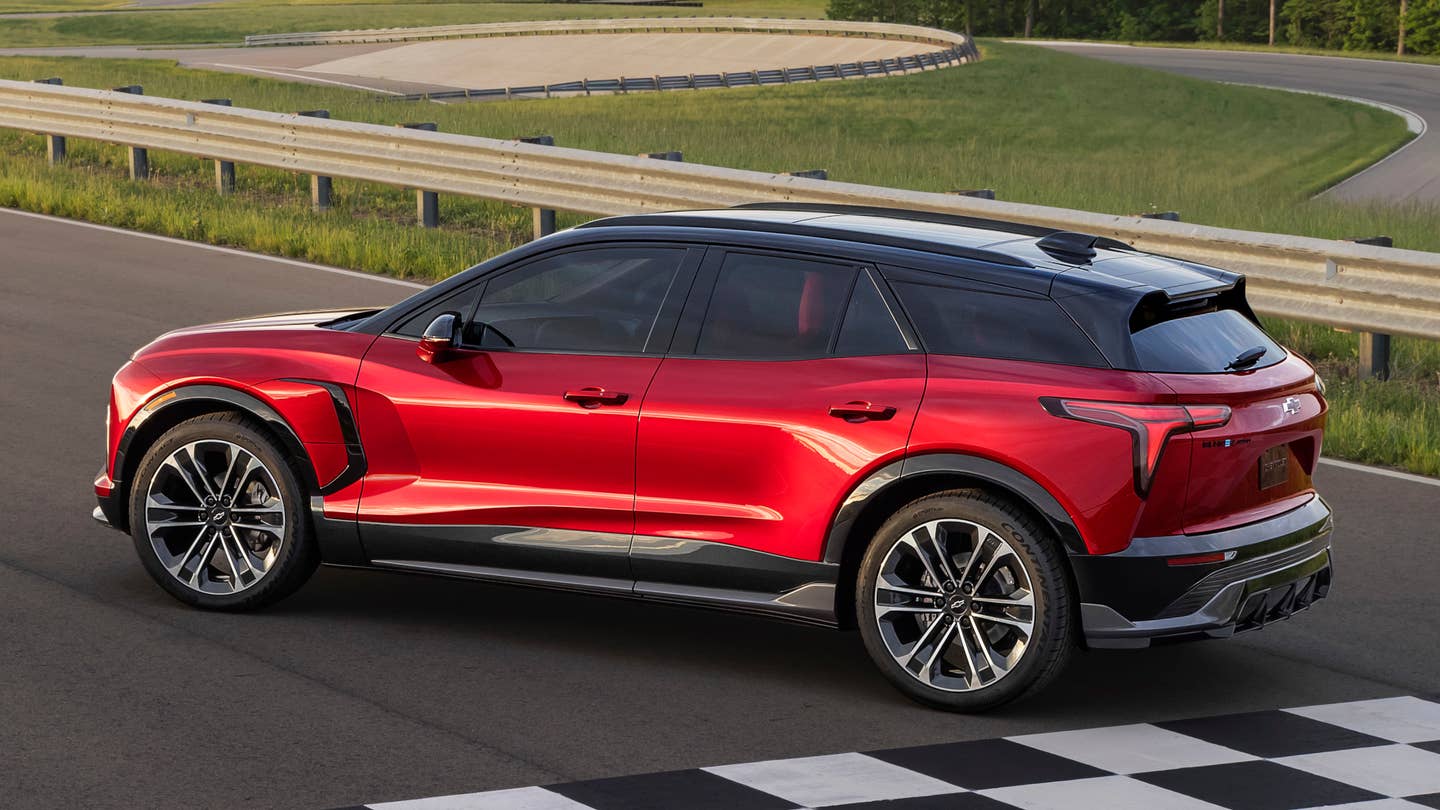 Chevrolet is entering the midsized electric crossover market with a famous nameplate and an SS model to boot. 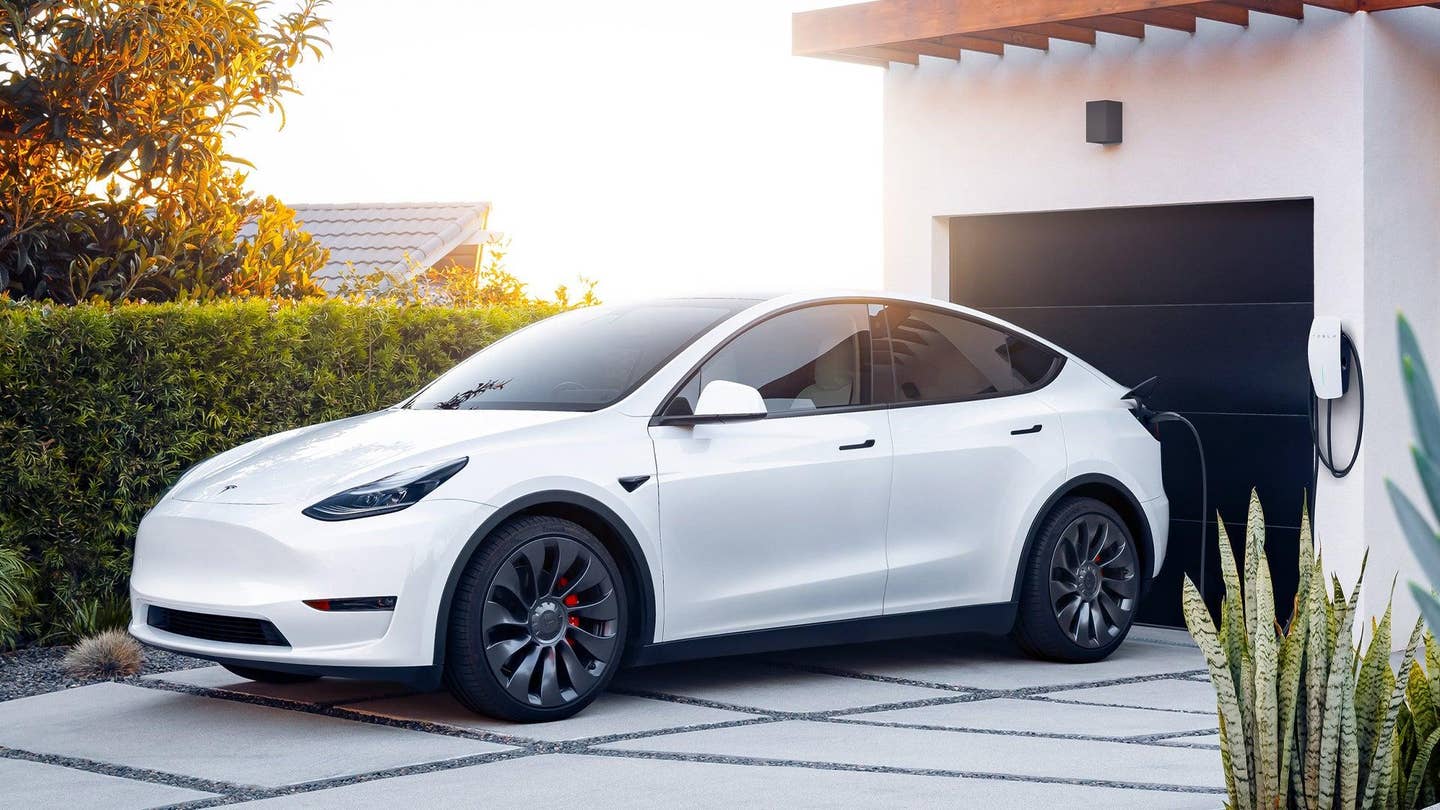 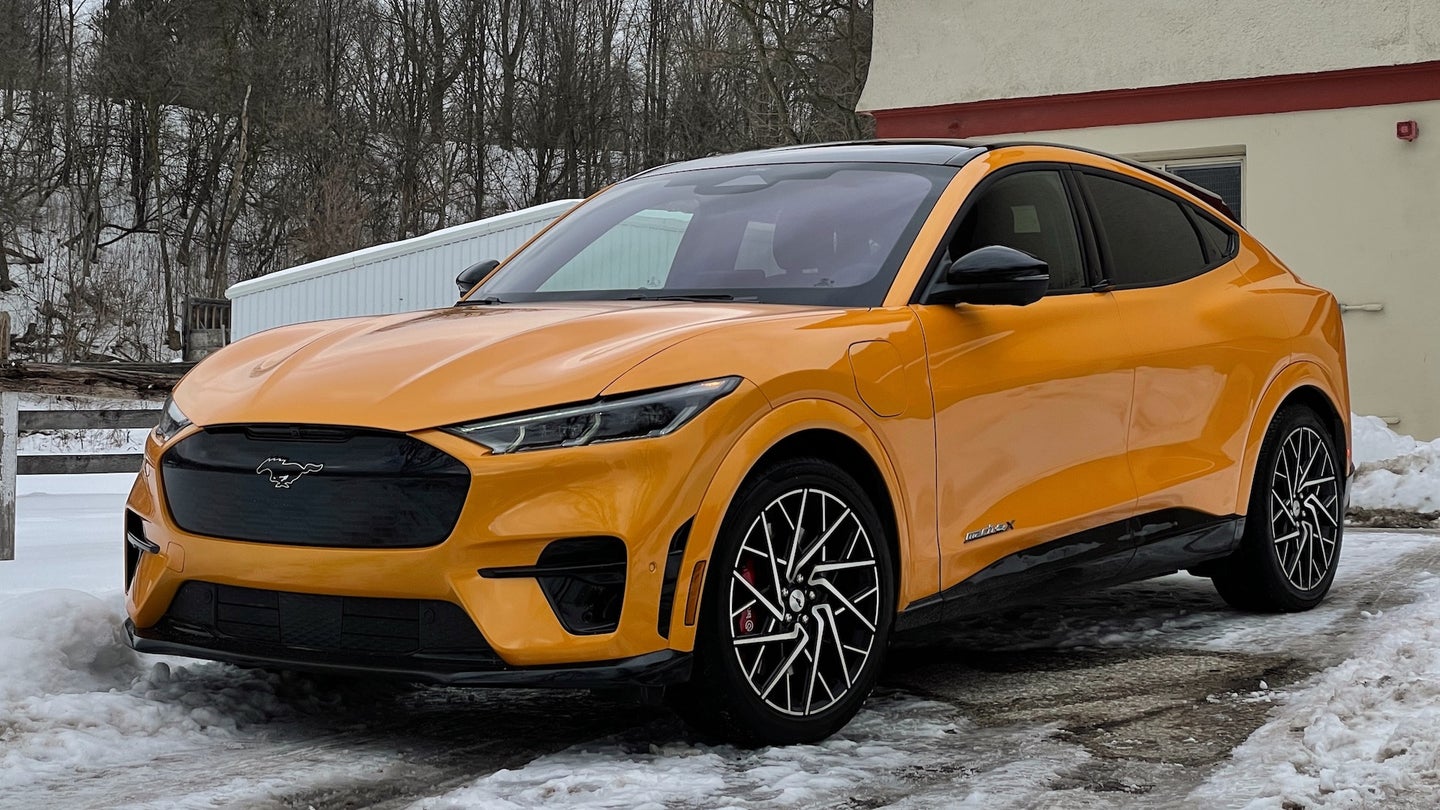 Want an EV with proper performance chops but can’t afford a Porsche Taycan? The Mustang Mach-E GT Performance is a compelling alternative.