Which Iconic Cars Should Be Revived As EVs?

The new VW bus runs on electricity, as will the upcoming Chevy Blazer SS. What should be next? 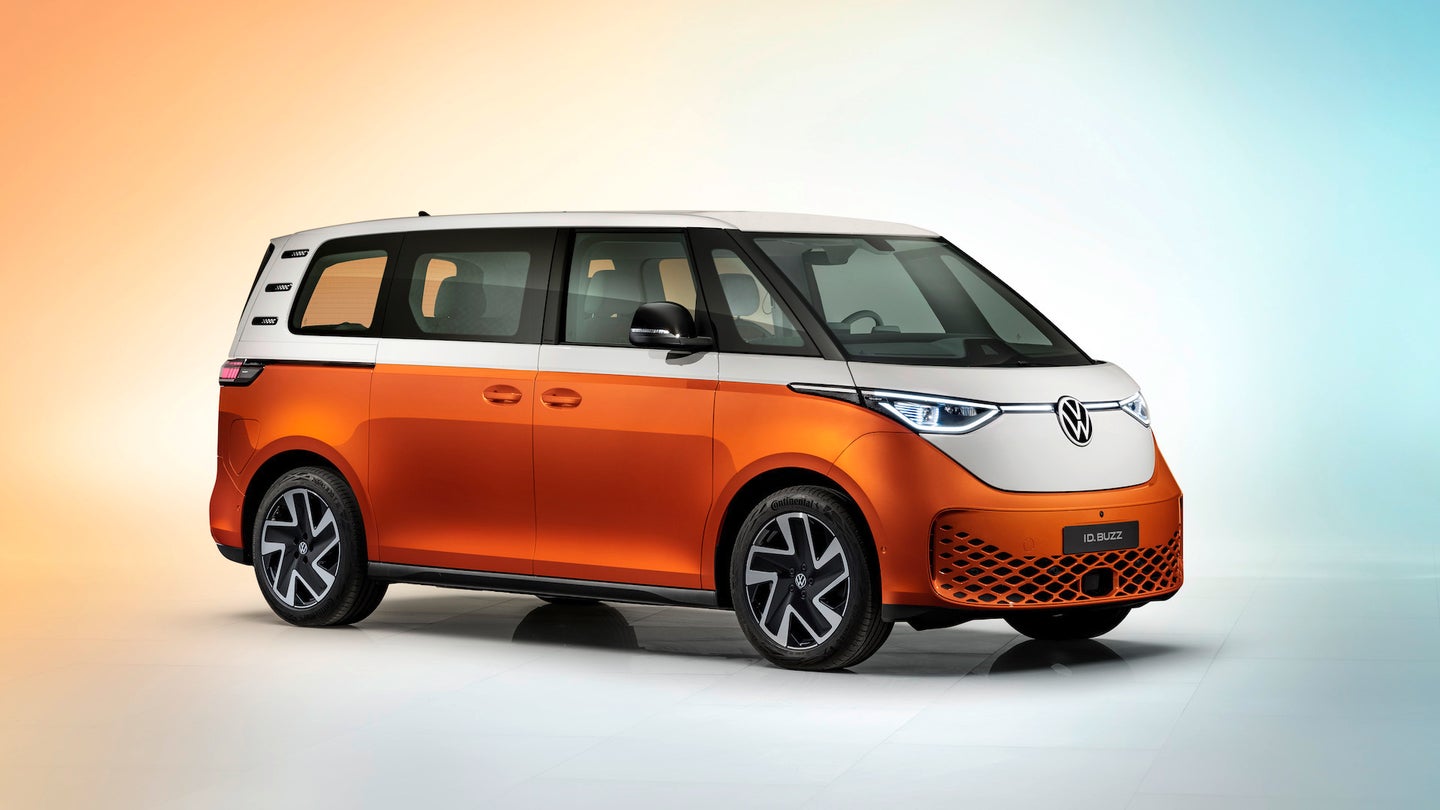 Volkswagen and Chevrolet both made news this week as it relates to reviving well-known models as EVs. VW, of course, finally took the wraps off its production-spec ID Buzz—a modern, gasless interpretation of the Microbus—while Chevy announced that its upcoming electric Blazer would be getting a high-performance SS variant next year.

This got us thinking: Which other traditionally gas-powered automotive nameplates should be revived or repurposed as EVs?

The first one of these to come to mind, especially jumping off of the ID Buzz, would be the Volkswagen Beetle (ID Bug, anyone?). It's got heavy cultural cache and it's not like its identity is inherently tied into being internally combusted, so an electric one isn't really gonna piss off any purists (lookin' at you, Mustang Mach-E). Back in 2019, though, VW CEO Herbert Diess specifically said that this wouldn't happen... despite the company filing a European trademark for "e-Beetle" the following year. So, who knows?

One I'm genuinely surprised hasn't happened yet would be the Toyota Prius. Before Tesla came along, the Prius hybrid was the green car to have and be seen in; it was basically a byword for efficient, electrified motoring. After years of stubbornly betting on hydrogen fuel cells, Toyota is finally giving in on BEVs. Given the name's strong association with electrified cars among, well, pretty much everybody, you'd think Toyota would headline its EV campaign with an electric-only, more upscale, Model 3/Y-rivaling, reinvented Prius EV. Right?

Wrong. You'll have the bZ4X and you'll like it.