9.9 Liters of Fury: The 550-HP Lingenfelter Chevy Suburban Is the Ultimate Family Truckster 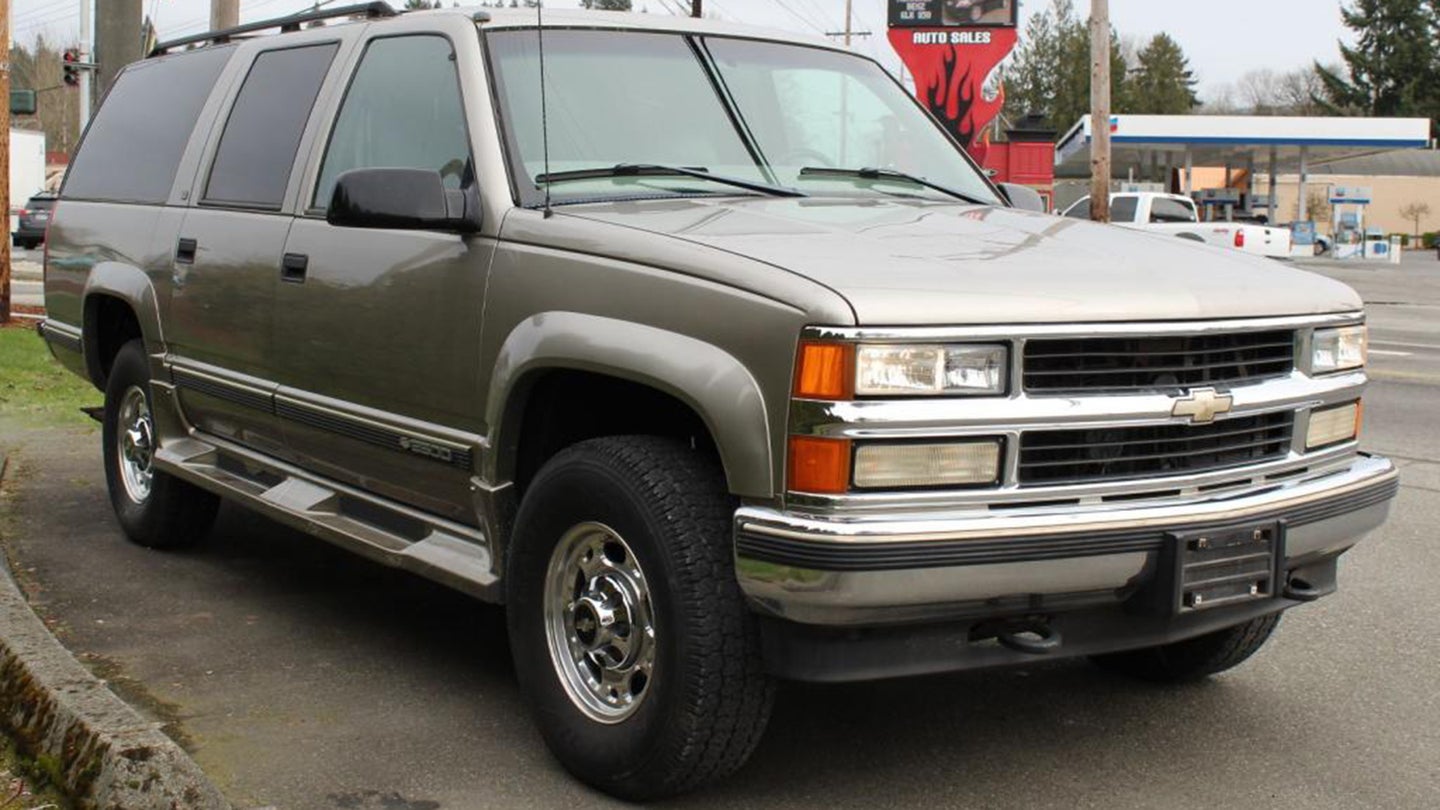 Ah, 1999. Last call of the American Century. A simpler time, when you could buy a new heavy-duty Chevrolet Suburban 2500 with a naturally-aspirated 9.9-liter Mercury Marine V8 engine originally from an actual boat. And almost twenty years later, that time has come again thanks to a rare and low-mileage example popping up for sale for under $17,000 in Washington.

The Chevrolet Suburban is often held up as a beacon of sport utility excess, an 18-foot-long rolling testament to America's love for big trucks. By the time the eighth generation model rolled onto the scene in 1992, it had essentially completed its transformation from spartan work vehicle to suburban family hauler. But even with the 7.4-liter V8 found in the heavy-duty 2500 models, the Suburban was never what you'd call quick. 6,300 pounds is a lot to lug around after all.

That is, unless you gave John Lingenfelter a call (and an inflation-adjusted $58,000). As the story goes, according to a Car & Driver writeup from 1994, General Motors was approached by the government of Saudi Arabia to develop a high-performance Suburban for law enforcement. GM in turn dropped the project on Lingenfelter Performance Engineering, and its namesake owner came up with a simple idea: give the thing a bigger engine.

Not just any engine, of course. Such a project today would likely use some sort of supercharged or twin-turbo V8, but two decades ago Lingenfelter settled on a whopping 9.9-liter pushrod V8 originally developed for a boat by the noted purveyors of madness at Mercury Marine. And then...that's it. Other than the new air intake needed to feed the beast, a strengthened transmission, and a performance exhaust from the 454 SS pickup, the rest of the 3/4-ton Chevrolet Suburban is entirely stock. You'd never know this metallic beige truck packs 550 horsepower and 705 pound-feet of torque, or that it can zip from 0 to 60 mph in 4.6 seconds.

Aside from the well-preserved stock appearance and true sleeper quality of the Lingenfelter Suburban, there are two numbers that really catch our eye here. One is the mileage at 81,000—that's low for any used Suburban, and the interior is refreshingly unabused by a generation of children testing their fine motor skills on every button. But the other is the 8 miles per gallon combined that Car & Driver reported, which also might explain the low odometer reading. But if you've got $17,000 and enough cash left to fill the 40 gallon tank, this 'Burban could the three-row rocket you've been waiting for.

The old-timer gets new life with a 6.2-liter heart transplant.