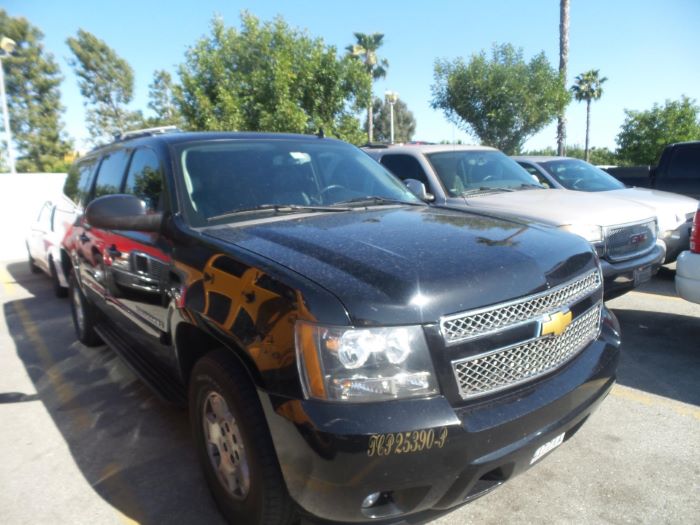 Trucks and SUVs these days aren't cheap to keep.

That late-model F150 which won't blow cold air through the center vents? It may take 13 hours of aarr-duous labor to get that blendor motor replaced.

That same PITA labor times is pretty much the new norm for anything else that impersonates a truck or SUV these days, and this Suburban is no different.

Today we have rolling 5000-plus pounds of various metals that are diligently attached to dozens of sensors that will often dictate the long-term quality of that vehicle.

Sometimes things just wear out. Other times it's the owner that turns that $70,000 mastodon into a rolling carcass. So what about this Suburban?

Try to say all of this in one breath.

So what is this Suburban good for? Parts? A rotating pedestal at a museum for modern junkyards? You make the call!