Leno just might have been the first non-GM employee to take the new 'Vette for a spin. 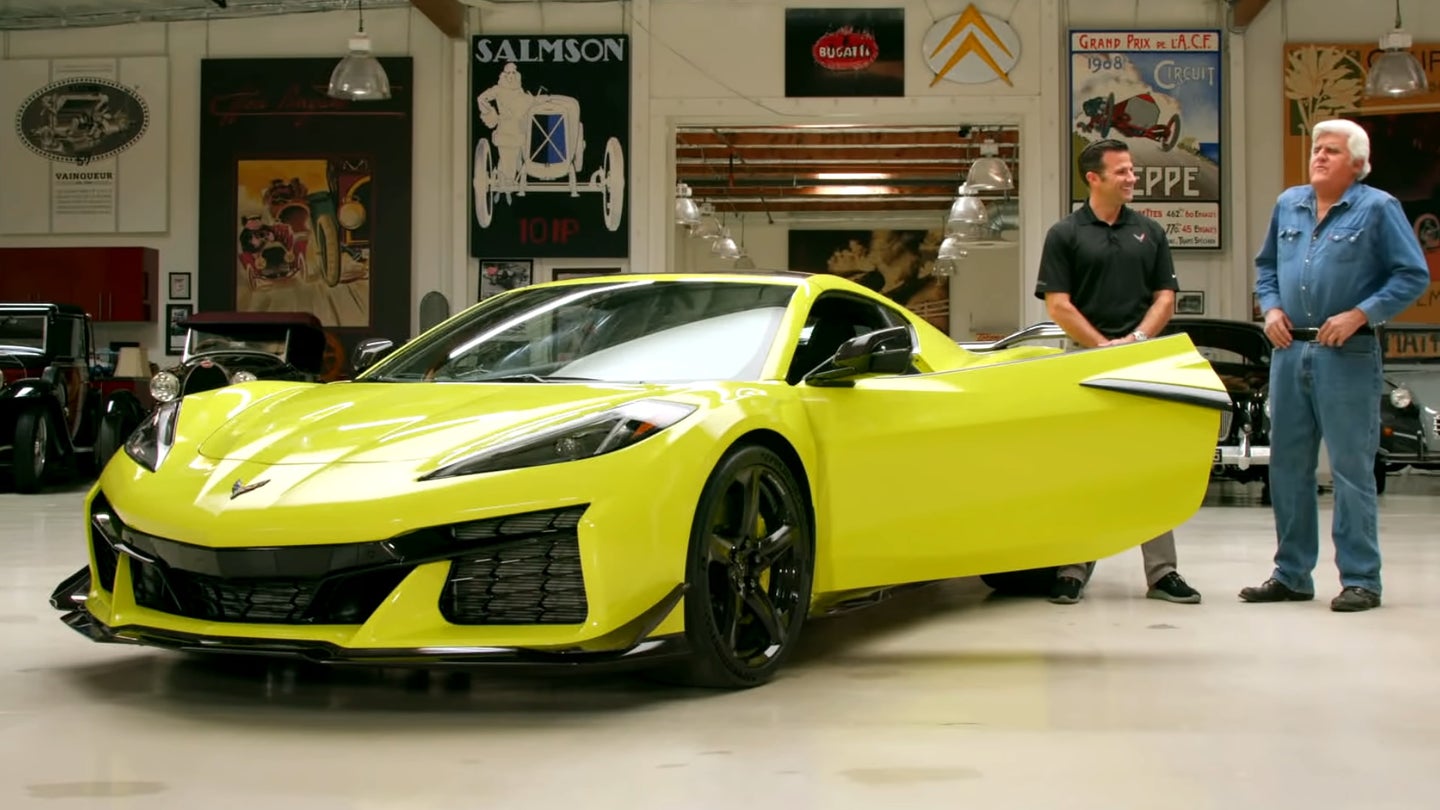 The 2023 Chevy Corvette Z06 flipped the supercar world upside down when it was formally revealed a few weeks ago. With the most powerful naturally aspirated V8 ever put into a production car, a zero to 60 time of just 2.6 seconds, and a price potentially under $100,000, it's a world-beater in more ways than one. Now, it's been driven for the first time by somebody outside General Motors, and of course, it's Jay Leno.

Chevy brought the Corvette to Leno's massive garage in California so he could take a look around it and go for a spin. No new details have necessarily been revealed, but at the very least we can finally see how somebody who isn't a GM engineer wants to drive the new Z06. Spoiler alert: he's not fond of going slow.

The car Leno drove was a pre-production machine, but it's basically the same vehicle as the Z06 people will eventually buy when the cars hit showrooms. Thanks to the Z07 package, it has plenty of carbon fiber and a high-rise rear wing that contributes to the car's 734 pounds of downforce at 186 miles per hour.

Leno's chat with the car's chief development engineer, Aaron Link, doesn't reveal anything new, although Jay did say the car will cost under $100,000. Link went into detail about the car's various specs, including details of the engine. If you want to know anything about the new LT6 outside of what you might've heard in the video, we've got you covered.

The most impressive part of Leno's test drive was, of course, the noise. It sounds good from the inside, but from the outside, it sounds positively incredible near its 8,600-rpm redline. Considering the LT6 is the most powerful naturally aspirated V8 ever produced, it probably should, right?

Despite doubtlessly being a hot day when Leno drove the car, it had no cooling issues whereas the previous generation Z06...might have. The entire front end of the new track-focused 'Vette is basically one big radiator consisting of three individual cores all plumbed together. The new Z06 has a total of five separate radiators to ensure that overheating is not going to be an issue, even on the track. We've talked with a Corvette engineer in detail about this new impressive cooling system, which you can read here.

The new Z06 will be available to the general public starting in summer 2022. July is going to be awfully, gloriously noisy. Until then, we'll have to keep watching the likes of Jay Leno wring them out for all to see on Youtube.