We could watch Tim Allen and other enthusiasts guess cars all day. 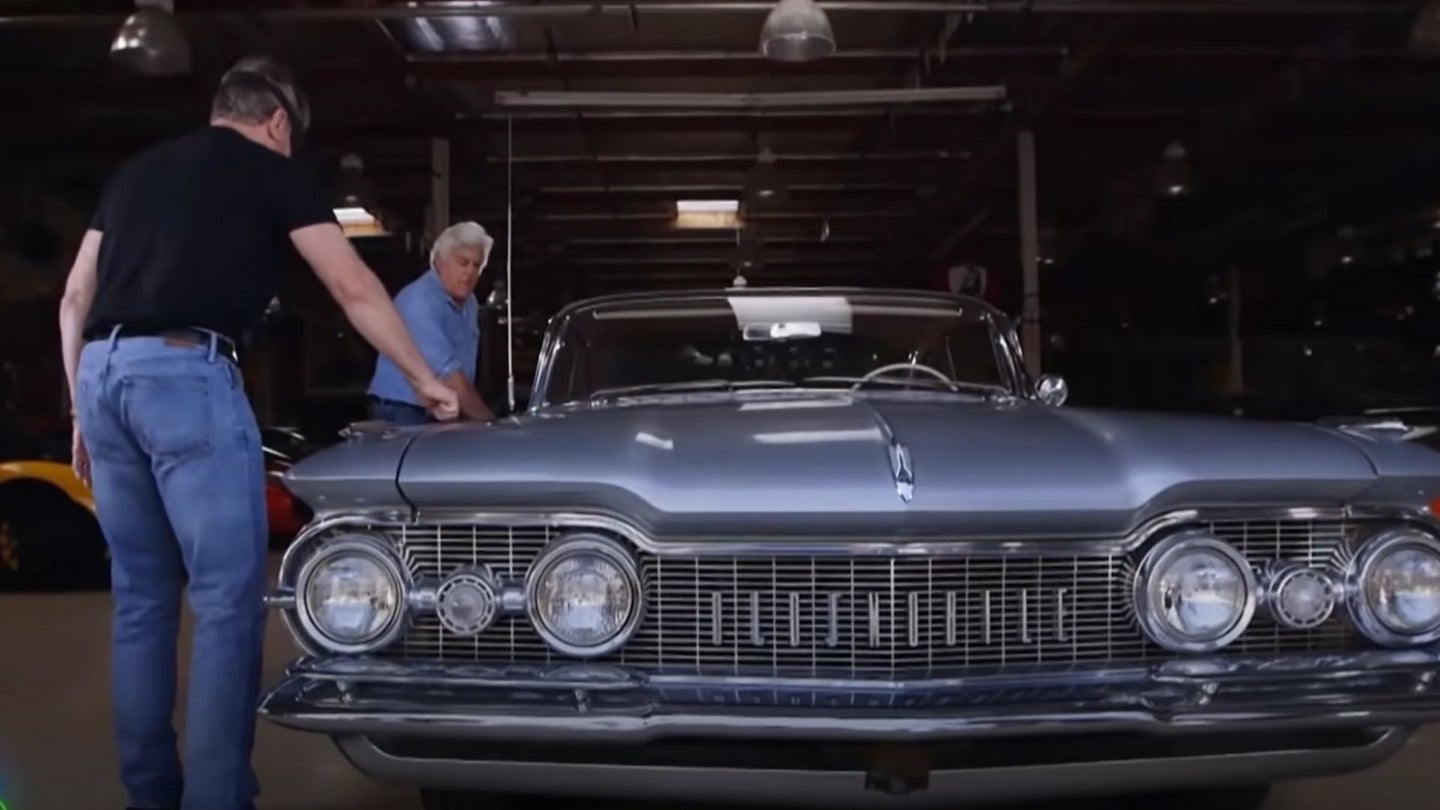 As we dig out from a pandemic year–and in Texas, from a week of snowmageddon that proved the value of onboard generators–you might want a call a Mulligan for entertainment you might have missed along the way. At the top of my list is Jay Leno’s “Stump a Car Nerd” segment that has been recirculating lately.

During a recurring installment on Jay Leno’s Garage, Leno blindfolds famous car enthusiasts and gives them a chance to guess which car they’re riding in as Leno drives them around. The man has about 180 cars in his vast collection, so that’s a fair amount of glorious guessing opportunities. Several episodes are online now, but one of my favorites is the May 2020 segment, during which longtime friends (and car nerds) Tim Allen and Leno trade barbs as Leno tries to stump a blindfolded Allen on the identities of three different cars. Everybody knows Leno as a car nut through his show, but Allen is a contender with an impressive collection of his own. One of the vehicles he helped to rebuild was the 1933 Ford Roadster that was featured on Home Improvement, the sitcom on which Allen starred as Tim "The Tool Man" Taylor.

It’s one thing to feel the exterior of a vehicle and take note of the placement and shape of the grille, headlamps, and body lines. And it’s a whole other level of whoa when you hear an enthusiast guess what vehicle it is based on the feel of the shift points and the engine sound. Allen blew me away when he was in Leno’s 1959 Oldsmobile 88 and he said, “It's a GM product. A V8. It's not shifting like a Ford.” He’s more than an enthusiast; he’s a devotee. That knowledge is representative of thousands of hours in cars and working on them as well as remarkable attention to detail. I mean, my parents taught me how to discern the difference between a 1958 and 1959 Chevy by the taillights alone, but cataloging decades of car makes and models is a feat most people can't replicate.

This is must-see TV, for me and anyone who appreciates decades of automotive variations. CNBC, if you’re reading, we need some new episodes, stat.