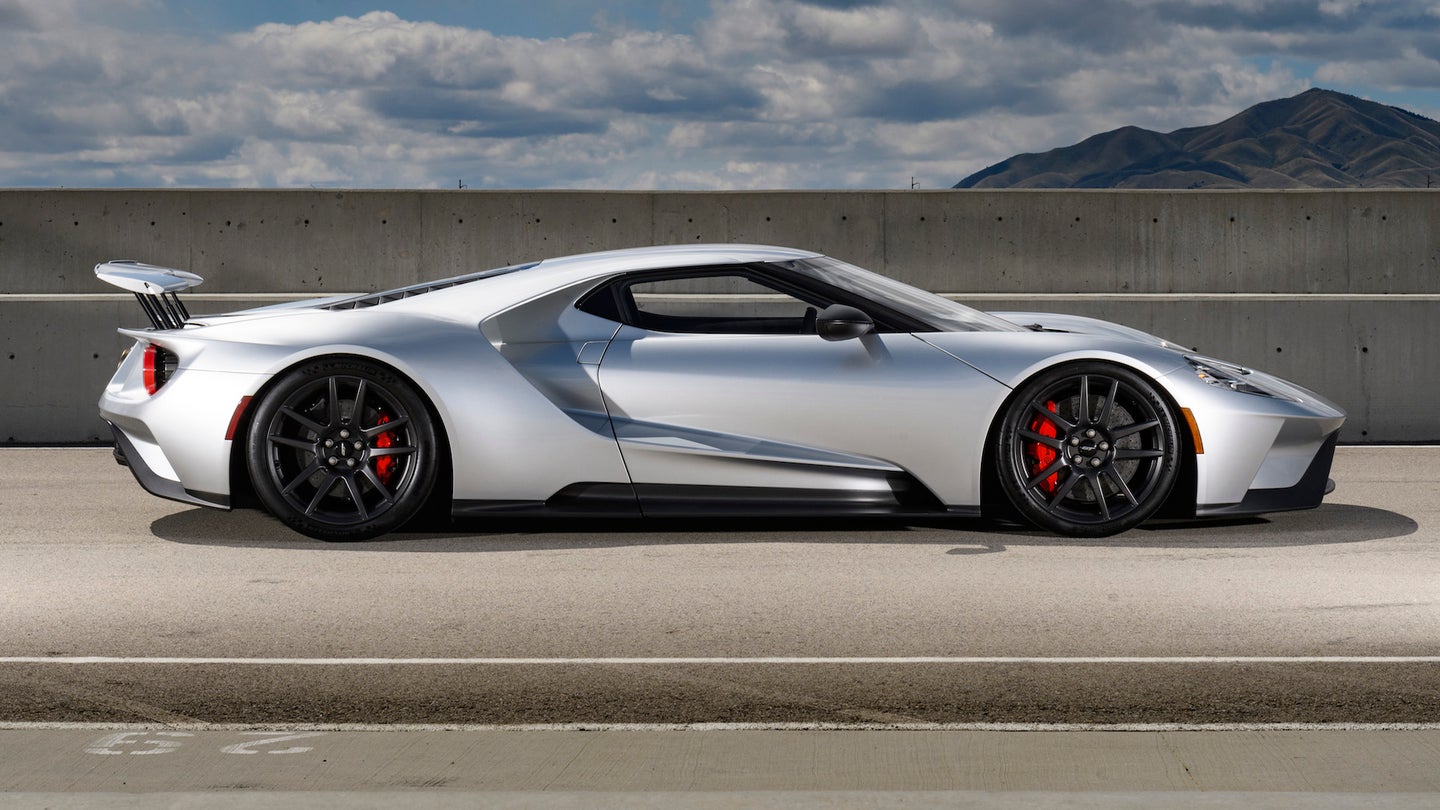 Hollywood star actor and comedian Tim Allen is the most recent celebrity to acquire Ford's newest supercar, the GT. Allen joins other celebrities and prominent figures such as Jay Leno, John Cena, Dario Franchitti,  and Jack Roush to add a Ford GT to their exquisite stables.

In a day and age when everyone immediately flaunts their belongings (or soon-to-be belongings) on social media, Allen only introduced his GT on February 9th with a sort of botched video on YouTube, one that's been viewed a mere 7,000 times. Interestingly enough, the actor/comedian shared his video on his official Facebook page, but not on Twitter.

By the looks of it, Allen also took a conservative approach when it came to tailoring his GT. The sleek supercar is finished in Ingot Silver and does not see the addition of heritage-style stripes. The interior is simply black, or as Ford calls it, "Dark Energy," and the video highlights that Allen opted for the optional 20-inch gloss carbon fiber wheels. Judging from the look on his face during several phases of the video, we can deduce that he's pretty darn happy with his new purchase. Or so we hope.

‘My Ford GT is probably the world’s fastest car that can park in disabled parking spaces.’