Yuneec’s H520 drone is a large, six-rotor quadcopter intended for commercial use such as inspection, public safety, and filmmaking. 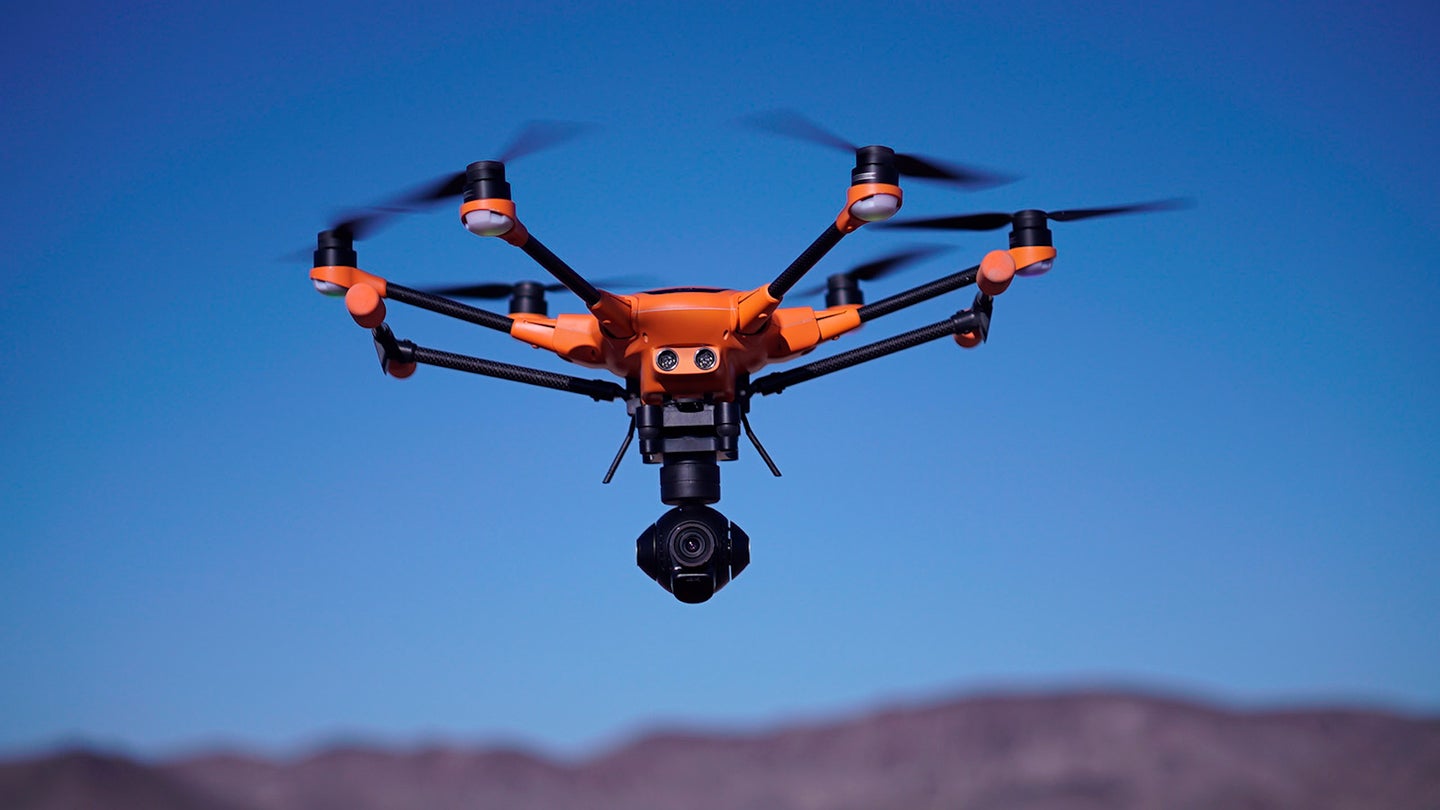 Yuneec is a drone manufacturer we don't often get to write about. They've largely relegated themselves to basic selfie drones or the admittedly impressive Typhoon series (check out our video review and our Yuneec mention on the 'Best of 2017' list), but it seems that the Ontario-based company is ready to take a leap into a more sophisticated, commercial arena with their new H520 model. How does this unmanned aerial vehicle (UAV) stand out from previous models or those of competing companies?

According to Engadget, the H520 is a six-rotor drone aimed at the corporate sector. Think infrastructure inspection, recording proper 4K video footage of a defect at an altitude of a few hundred feet, or inspecting crowds efficiently to increase public safety precautions. This UAV is bright orange in appearance, clearly demarcating itself as a tool for public good, rather than a gadget with concern for fashion. There's a retractable landing gear, several cameras (one of which can thermal-sense, another which sports a two-inch sensor), and 'mission planning' software.

As you can tell from the image above, the H520 looks very professional and capable. The landing gear is designed in such a manner as to not obstruct a single degree of field of vision, regarding the cameras, while the gimbal provides for 20 degrees of upward tilt ability for easier inspections. Reportedly, while there isn't news of 4K capability yet, the H520 has an impressive dual thermal imaging camera that can simultaneously record both thermal and normal footage. Of course, a fairly nifty looking remote is part of the package. In this case, it's an Android controller with a 7-inch screen and real-time 720p video download abilities. Let's have a look, shall we?

Naturally, you'll be able to plug the controller into external monitors via HDMI. Regarding the recent DJI cyber-vulnerability controversy, Yuneec cleverly implemented the option of the H520 to be "operated as a closed architecture," making concerns of footage and data being uploaded somewhere a non-issue.

We're excited to bring you a more hands-on review of the H520 at some point in the future. The drone is now available for $1,999 to $4,699. Of course, this wide field of variation is due to the many camera options you can fit your drone with. You'll also require a Yuneec service contract. For now, chime in below, with your thoughts!

Drive Wire: The Yuneec Typhoon Action Cam Is a Must for Action Sports Shooters