This may be the greatest thing to ever come from Alabama. 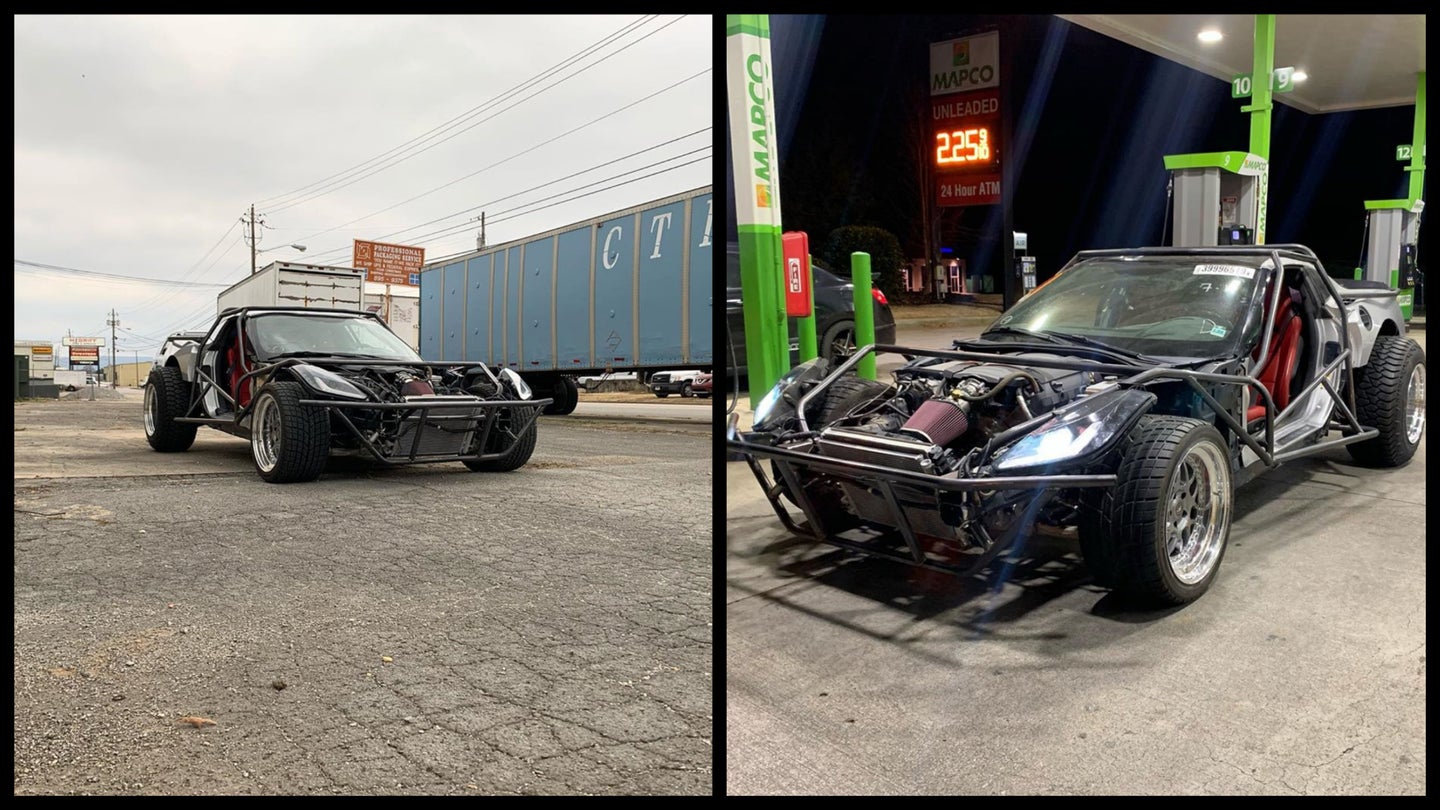 If the impending apocalypse does indeed happen during our lifetime, there are a few good options as far as transportation goes. Say you want the comforts of home and the ability to drive over everything in your path, then there's the SLRV Commander 8x8; however, if you want to drive blazin' fast through deserted towns while making obnoxious V8 noises, then there's this Mad Max-style Corvette C7 with a full-blown exoskeleton, no doors, and beefy tires.

Underneath all the theatrical body cladding is a convertible Corvette Stingray, which was likely totaled at one point or another in its life. Since then, it's gained new life by having a plethora of custom modifications fitted to make it a bit tougher than stock. Tubing exits out the back bumper and wraps around the rear deck before meeting with the rest of the cage near the cockpit, which is reinforced and then connected at the front as well. This contraption takes the place of several body panels, leaving it exposed like a few Corvette death karts we've seen in the past.

The wheels and tires look to focus more on form than function, with a massively staggered stance and two different types of tread patterns. The fronts are street compound Kuhmos mounted to Forgestar wheels, while the rears are all-terrain rollers measuring 305/60/R18.

No mention is made of engine tweaks, so we assume the 6.2-liter LT1 V8 is still in its stock form. This would mean 455 horsepower and 460 pound-feet of torque—more than enough to make the car a handful off the pavement. Our only wish for this 'Vette? A manual transmission instead of the automatic.

We probably wouldn't build anything like this unless a free C7 just landed in our laps, but hey, that's what the internet's for—living vicariously through others with more time than sense on their hands. This car's Alabama plates gives a hint at its influence, and that's nothing to be ashamed of...unless you're this guy.