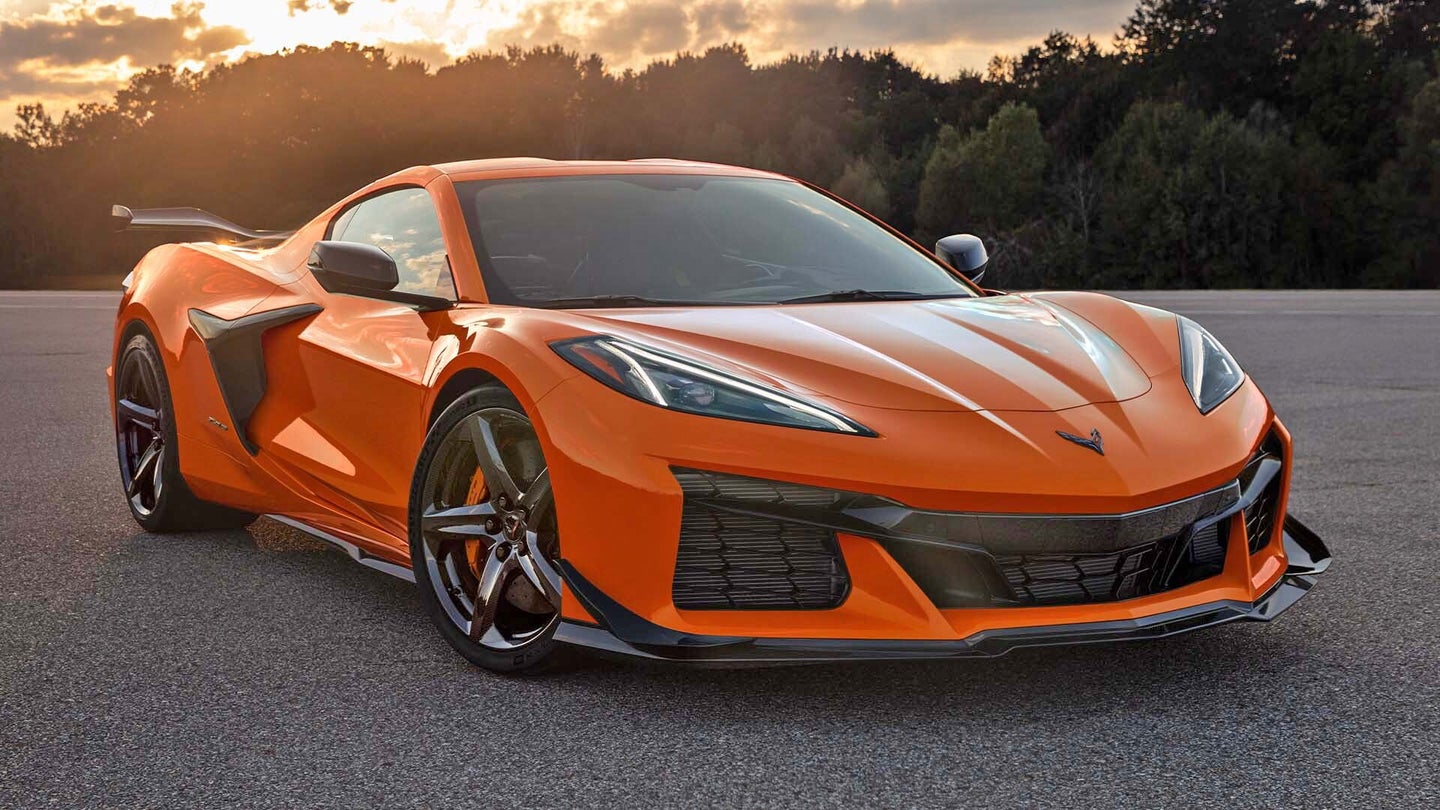 But before we do, we'll make one thing clear: this is the wildest Z06 Corvette ever made, with an extremely sharp track focus substantiated not only by its unbelievably rev-happy and powerful V8 but also by almost every single performance spec it boasts. It gets to 60 miles per hour in just 2.6 seconds. The wheels, the brakes, the aero—everything has been reconfigured to turn the C8 Stingray from a circuit-capable street car into a track-devouring animal.

Contextualizing all of these specs, this isn't the most powerful Corvette we're going to see. The Z06 is typically one step above the regular car, a machine more oriented for use at a track day but still comfortable and usable on the street. As such, there's a convertible version of the Z06 available as well, which will make it that much easier to hear that bone-rattling V8 derived from the C8.R race car behind you.

To get closer to the performance of the Corvette race car, numerous upgrades have been performed. First off, of course, is the engine. Chevy claims the motor in this car, the 5.5-liter LT6, has actually been in its testing phase since 2019 when a version of it was first used on the C8.R. Since then, it's been worked into a more streetable beast, an engine that Chevy provides extensive details on. The Detroit automaker goes as far as to list off the valve sizes—1.654 inches on the intake, if you're curious—but specs that are a bit easier to understand are also listed off in abundance.

The pistons are forged aluminum, the rods are forged titanium, and the crank is a short-stroke flat-plane unit that must be forged—likely forged steel, although that's not explicitly stated. Each journal gets its own area of the crankcase to scavenge oil from; it has a six-stage dry-sump system, which is straight-up race car stuff. Other motorsport-derived features include twin 87-millimeter throttle bodies and high-flowing dual-overhead-cam cylinder heads. Both the intake ports and the combustion chamber are CNC-machined to ensure maximum flow and efficient combustion.

Interestingly, the entire engine seems to be metric. In a nod to its origins, though, the aluminum block has the same 4.4-inch bore spacing as a classic small-block Chevy. Brought a tear to my eye reading that. It was also pleasing to know—oh yeah, almost forgot—that Chevy claims this is the most powerful naturally aspirated V8 ever fitted to a production car. That's an extremely impressive detail, but there's a lot more to this 'Vette than its engine, too.

To help maintain grip and put the power down, the tires are larger at every corner—345mm wide in the back and 275mm wide in the front—and they can be wrapped around optional carbon fiber wheels. Regular aluminum ones are still available, though the carbon fiber units save 41 pounds of weight overall, or around ten pounds per corner. To go along with these wider wheels and tires, there's also bulged-out bodywork; the Z06 is 3.6 inches wider than the regular Stingray. 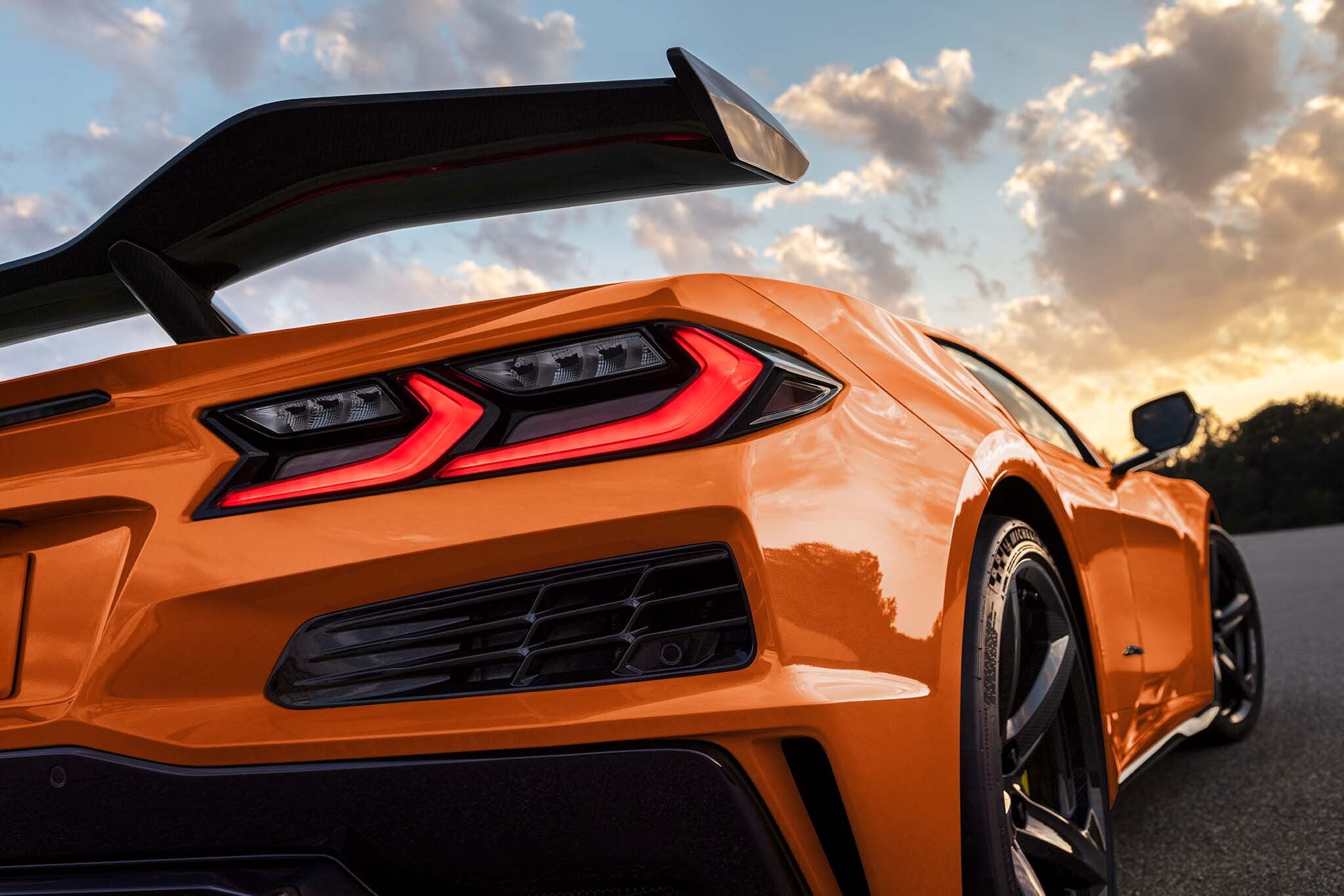 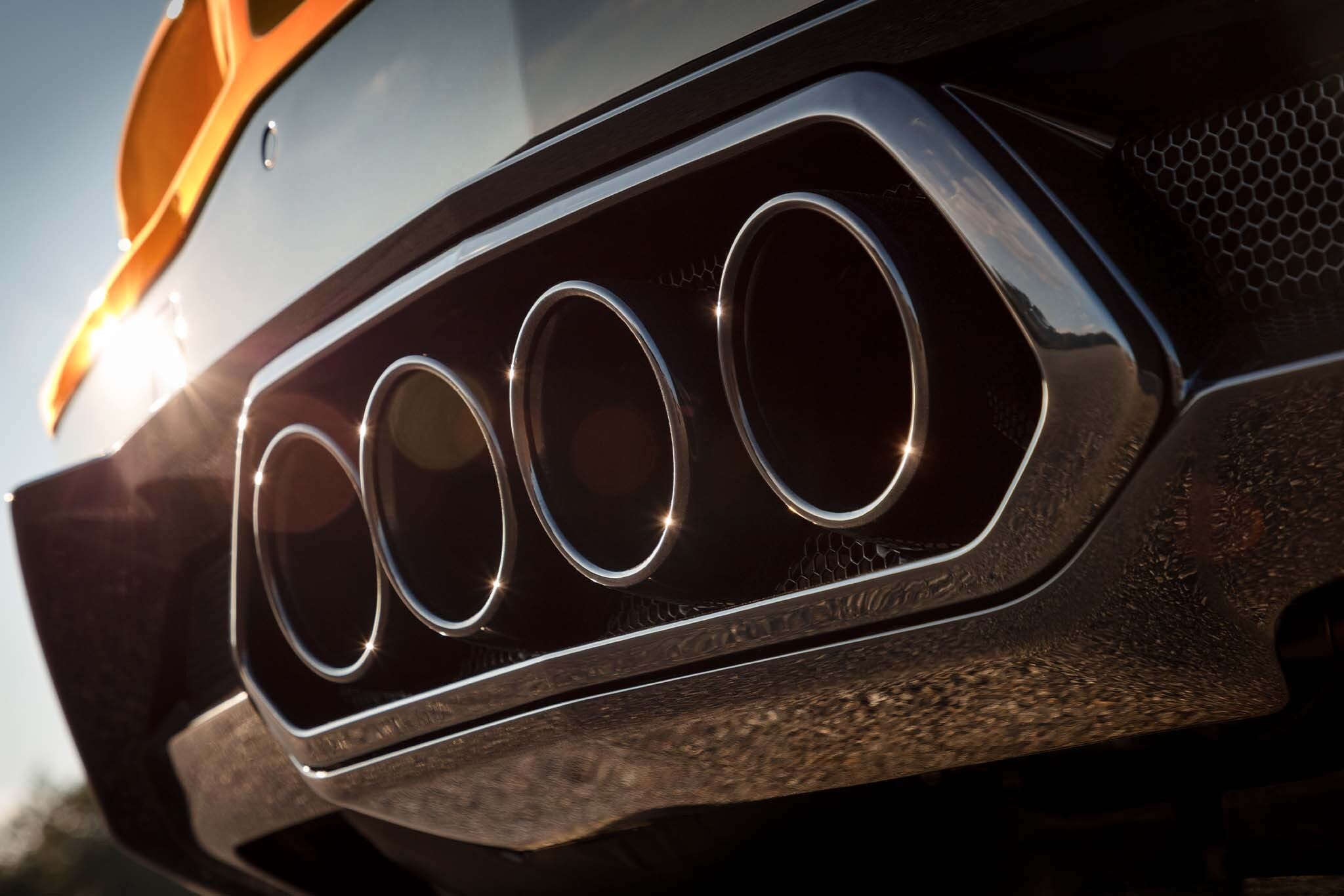 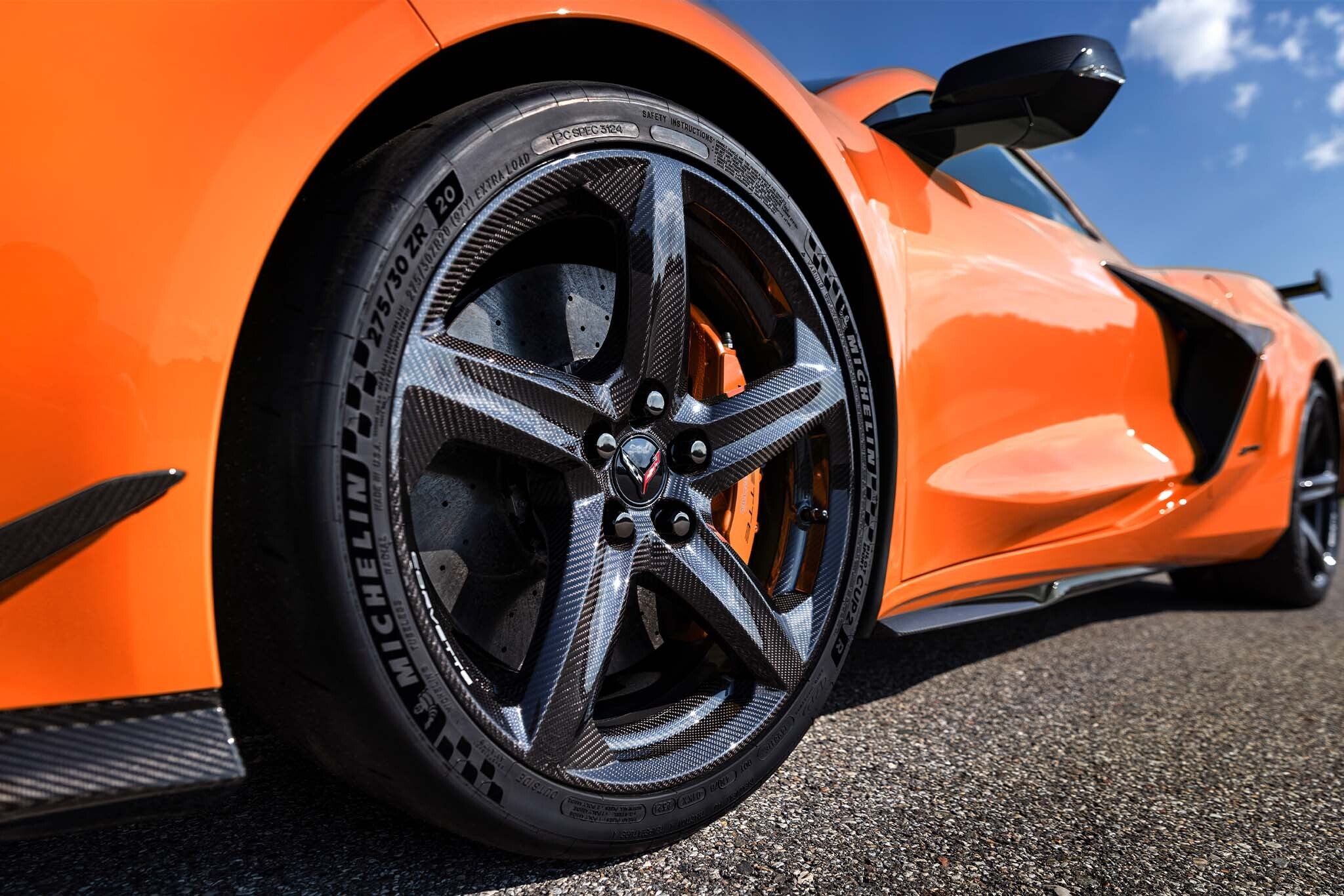 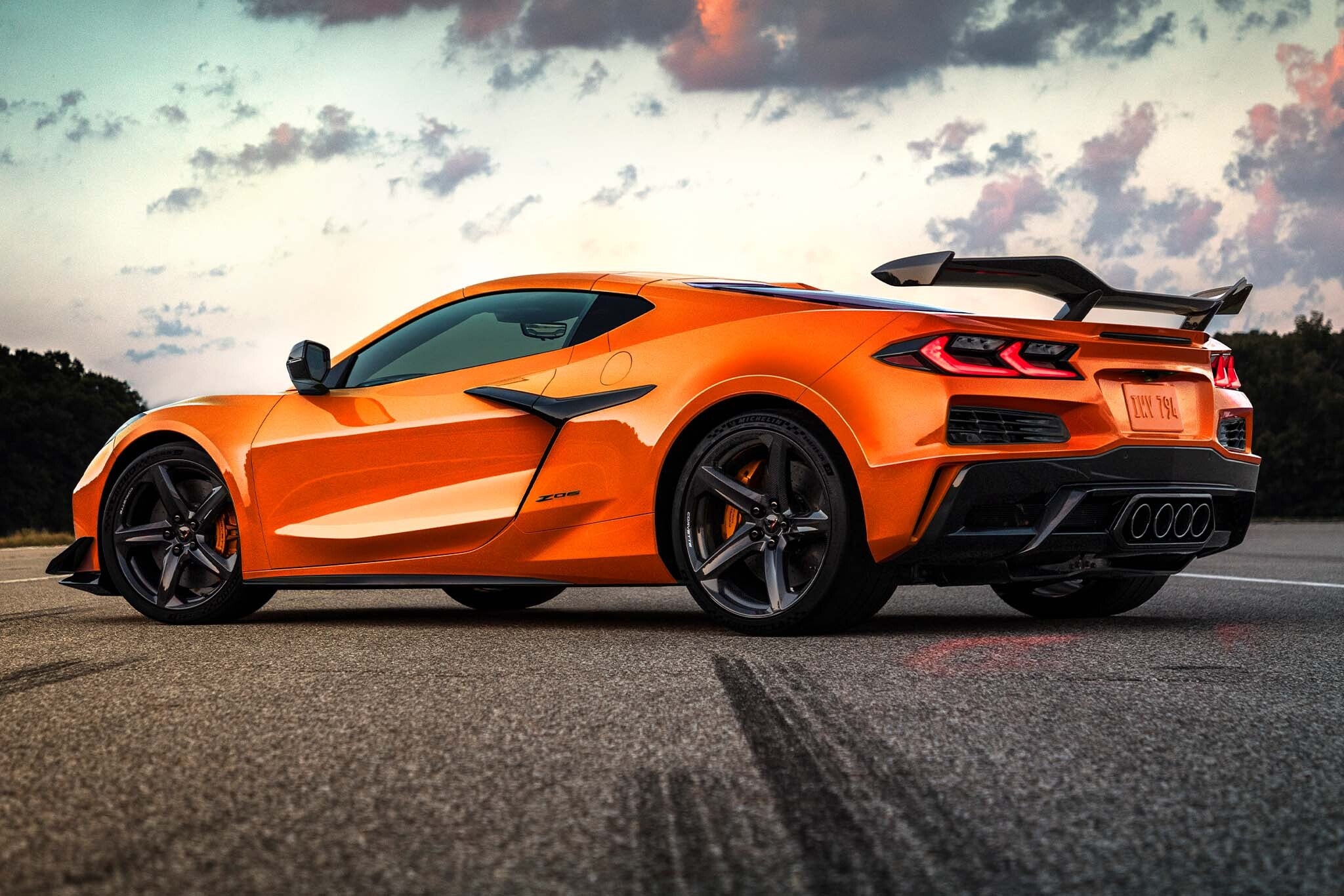 The carbon wheels and brakes are a part of the car's Z07 package, which is what you want if you desire the ultimate Z06 Corvette. There's no engine output boost like there is with the regular Stingray's Z51 package; however, you do receive a lot more carbon fiber. Most of it is stuck to the outside of the car to produce an exuberant amount of downforce—think 734 pounds at 186 miles per hour. Chevy says that's more than any other Corvette in history, and it's developed thanks to a high-rise rear wing and front splitter, functional ground effects, dive planes, and more. Z07 cars will also receive a set of ultra-sticky Michelin Cup 2 R ZP tires and bespoke chassis tuning.

All of those goodies add up in a serious way. A Z07-equipped Corvette can achieve 1.22G of grip around a skidpad, and it's also the lightest version of the car at 3,434 pounds. Chevy doesn't note how much heavier non-Z07 cars are or indeed how much more the convertible weighs, though it does note that since the C8's chassis is so stiff, there's no difference in the suspension tuning between the coupe and convertible Z06.

To that point, there's also a lot that's shared between the regular C8 and this car. Launch control, the eight-speed dual-clutch transmission, the electronic diff—they're all still here, but they've been tweaked to work with this new engine. Magnetic ride control 4.0 is also present, but likewise, it's been sharpened up for the occasion, as have the car's interior materials and exterior fascias. 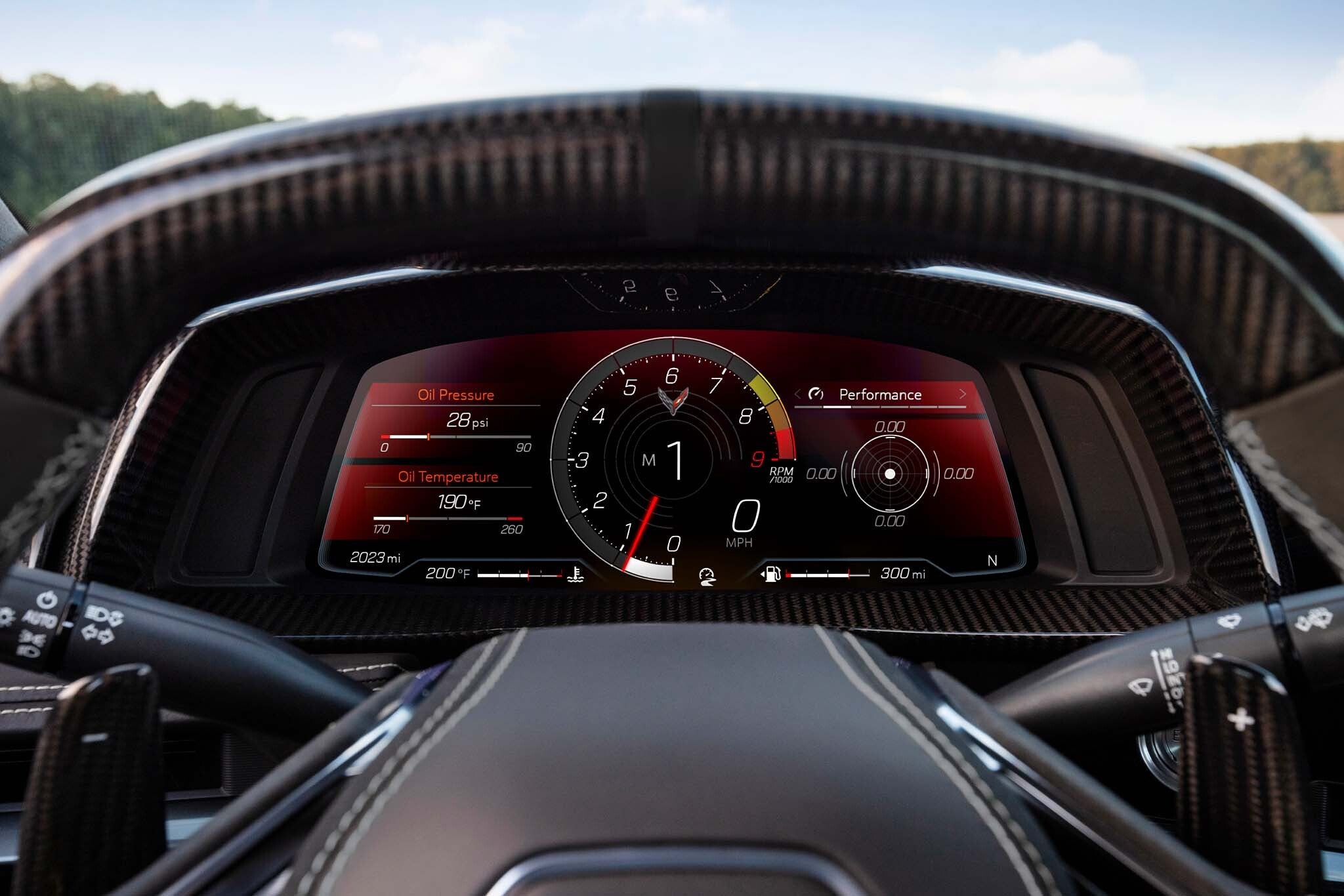 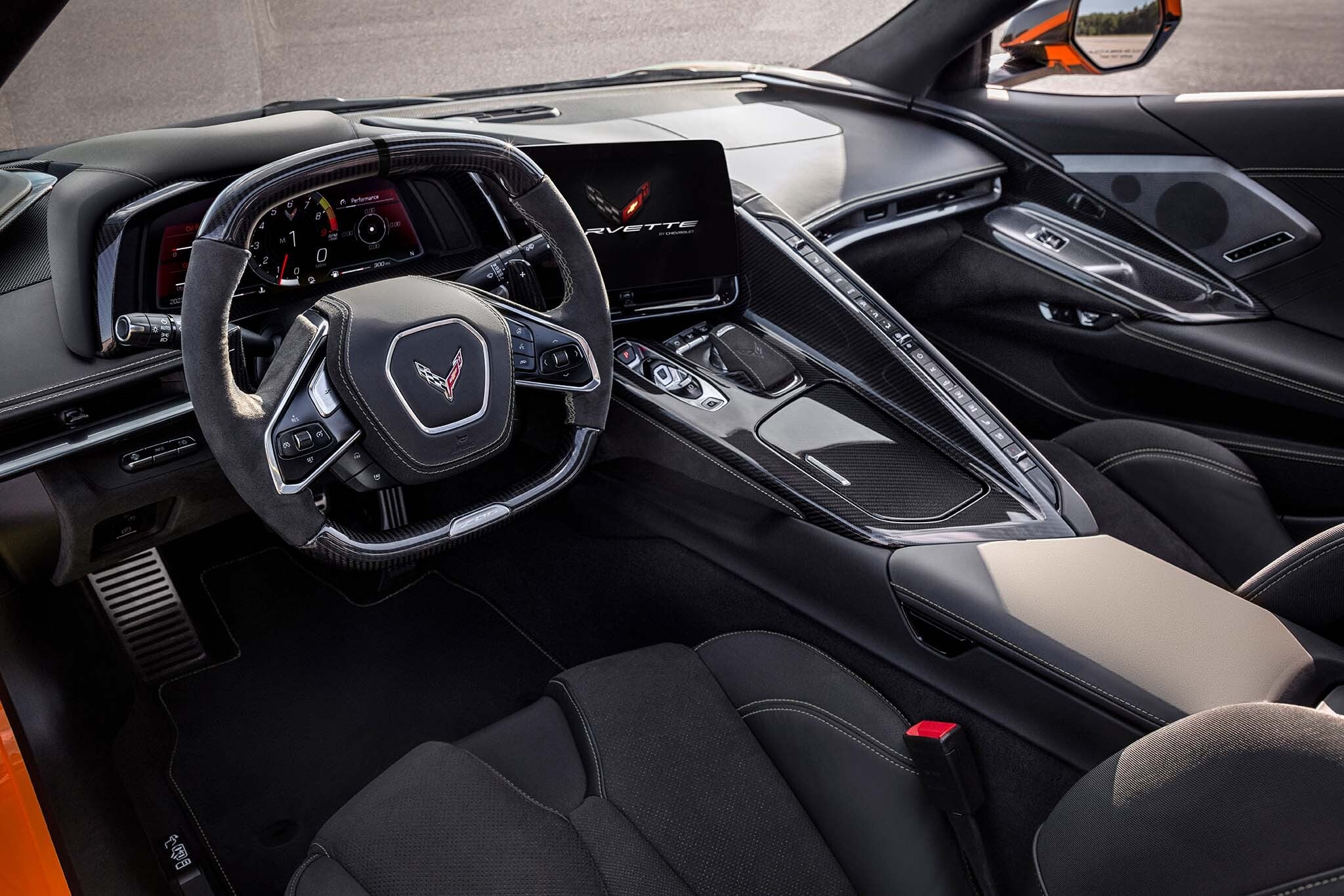 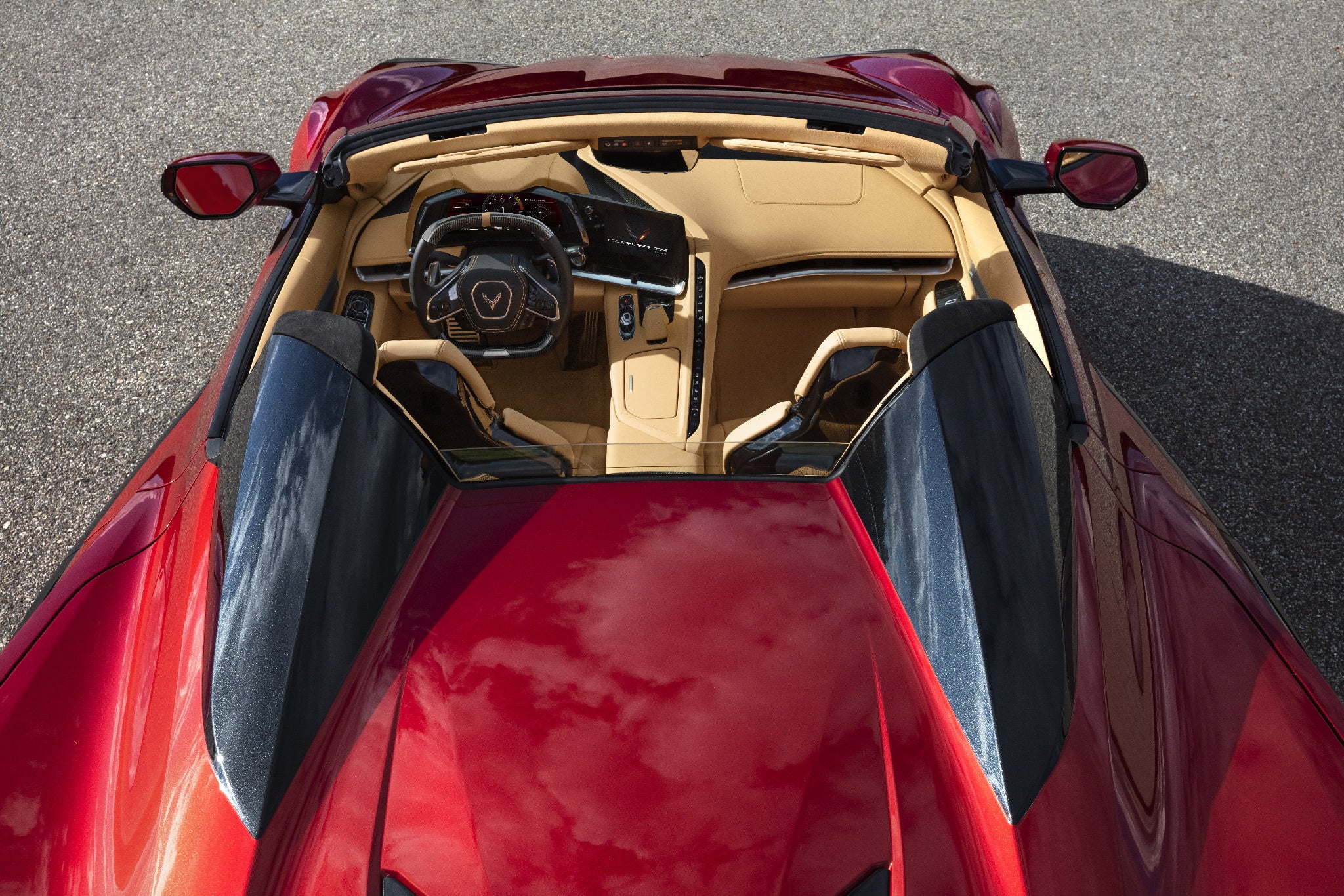 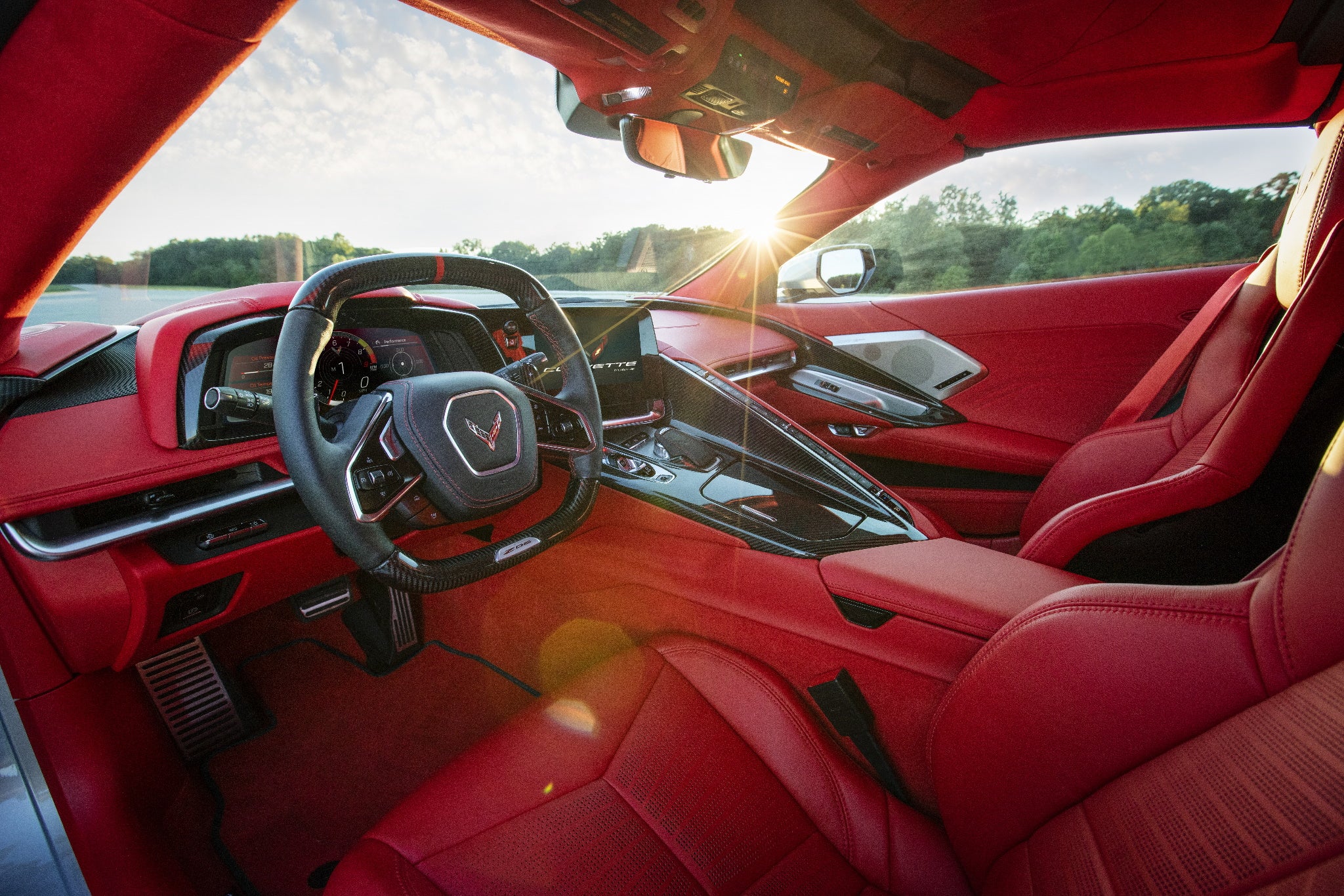 What's missing from the info provided to us by Chevrolet is the real fruits of all the testing the company has done with this car. We know the car has been thrown around the Nurburging, although no time has been made public yet. Likewise, GM hasn't disclosed any extensive performance stats like braking distances. We might have to wait a little while for that, but rest assured the announcements are coming in due time.

This new Z06 is going to put plenty of more expensive cars on notice when it becomes available in summer 2022. With 670 horsepower, 1.22G around a skidpad, and an 8,600-rpm redline, it's undeniably impressive. The kicker is, although pricing hasn't been announced yet, it'll come closer to $100,000 than ever. The last Z06 started around $80,000 and this one is likely to be a good deal north of that. Nothing with this level of performance has ever been available at that sort of price from the factory, of course. It is, on paper, an incredible machine.