A high-revving engine is like a piece of art or fine wine. In a world where efficiency goals have been met with turbocharged engines and hybrid, it's something that auto enthusiasts have learned to cherish immensely when automakers bestow the gift upon the world. And it looks like the latest offering will be the new 2023 Chevrolet Corvette Z06: Chevy's latest teaser for its hotted-up Corvette sure seems like a confirmation of an 8,600 RPM redline for its flat-plane crank V8.

Last year, a GM insider supposedly leaked the specs of the Z06, leading to reports that the Z06 would be equipped with a road-going version of the racing C8.R's V8 capable of revving up to 9,000 RPM. Chevy's announcement today—a new video dropping "8,600 minutes" before next week's formal launch—suggests that while it might not get to 9K on the money, it's pretty damn close.

The short teaser video prominently shows the car pulling in third gear up to triple-digit speeds while the tachometer runs suspiciously close to that same 8,600 number (though admittedly the camera cuts away at 8,500 rpm). A passenger—that would be automotive YouTuber Emelia Hartford—is heard exclaiming that it "revs so hard." It's pretty clear that Chevy wants to draw attention to the high-revving, naturally aspirated engine, no doubt in part because the standard C8's 495-horsepower LT2 V8 tops out at a mere 6,500 rpm.

This isn't the first time we've heard the Z06's engine howl. Chevrolet teased the world back in July when it released some screaming footage of the unreleased Z06 on the track. Performance details have been sparse so far, but expect north of 600 horsepower to go along with other tweaks lighter wheels, a wider track and refined aero.

The all-new 2023 Corvette Z06 officially launches next Tuesday at noon eastern with a 30-minute reveal film, and The Drive will have all the details ready for your eyes (and ears). 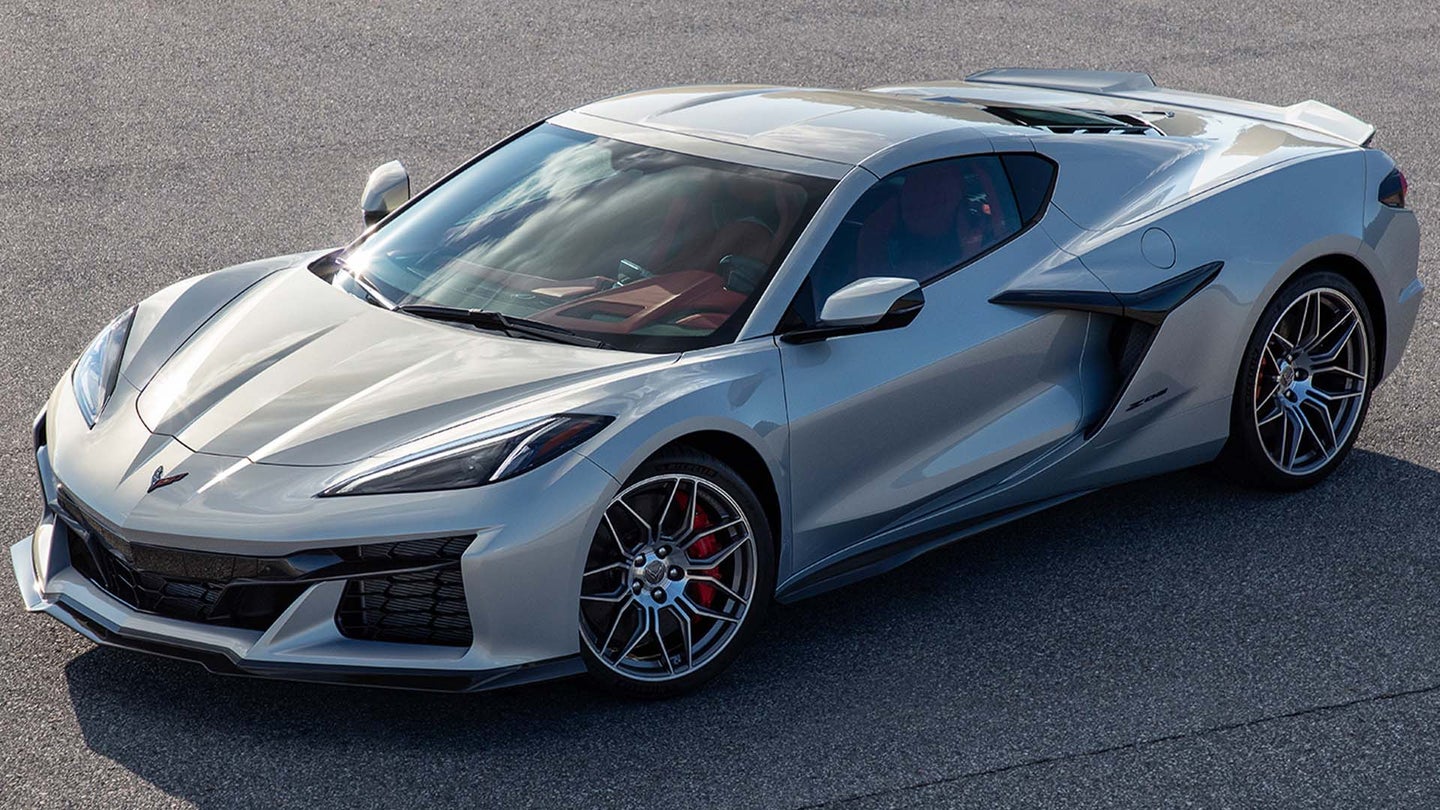 Chevy has gone ahead and shared an undisguised C8 Z06 a month ahead of its full reveal. 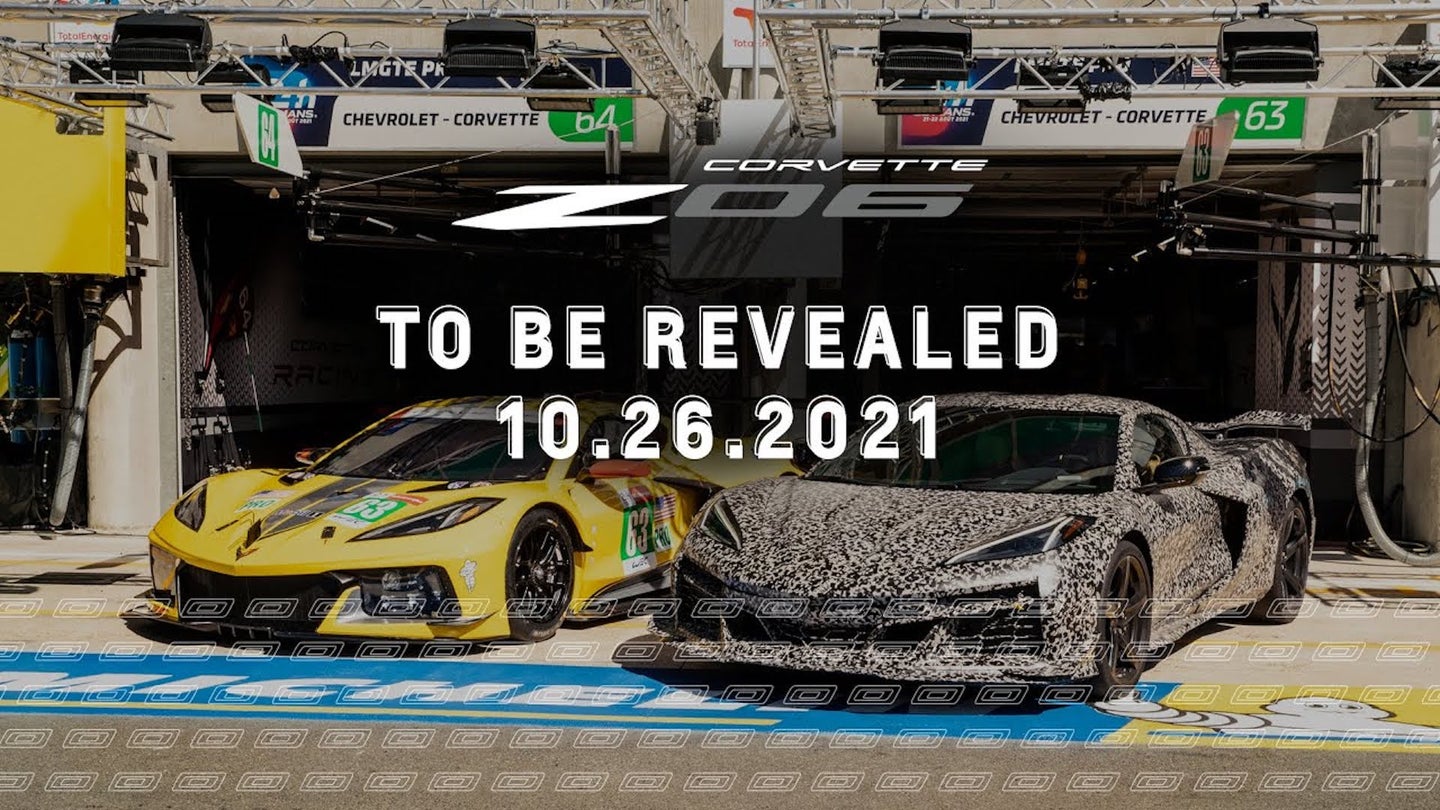 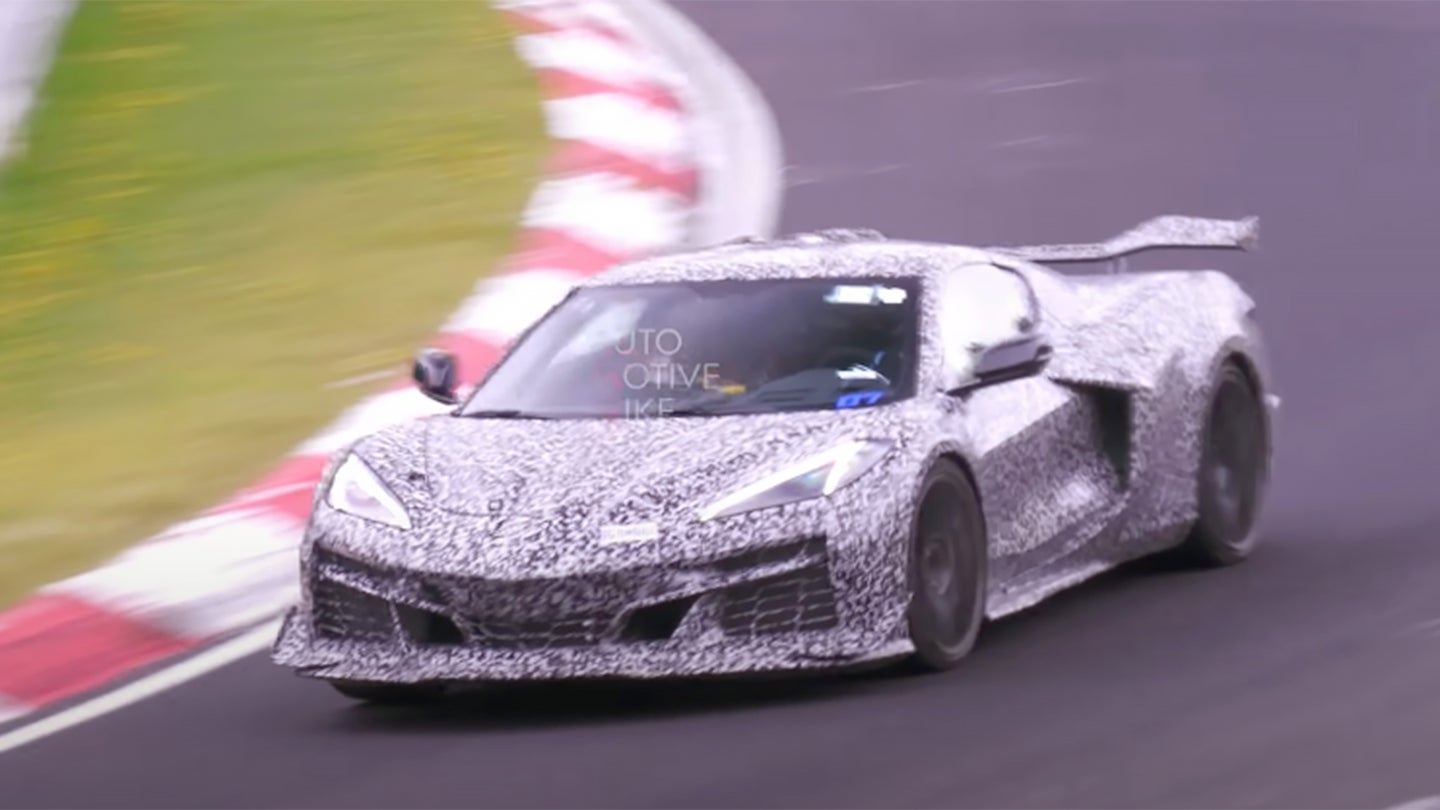