These aren’t remanufactured or reverse engineered—they’ve got all-new parts meant for work (and play). 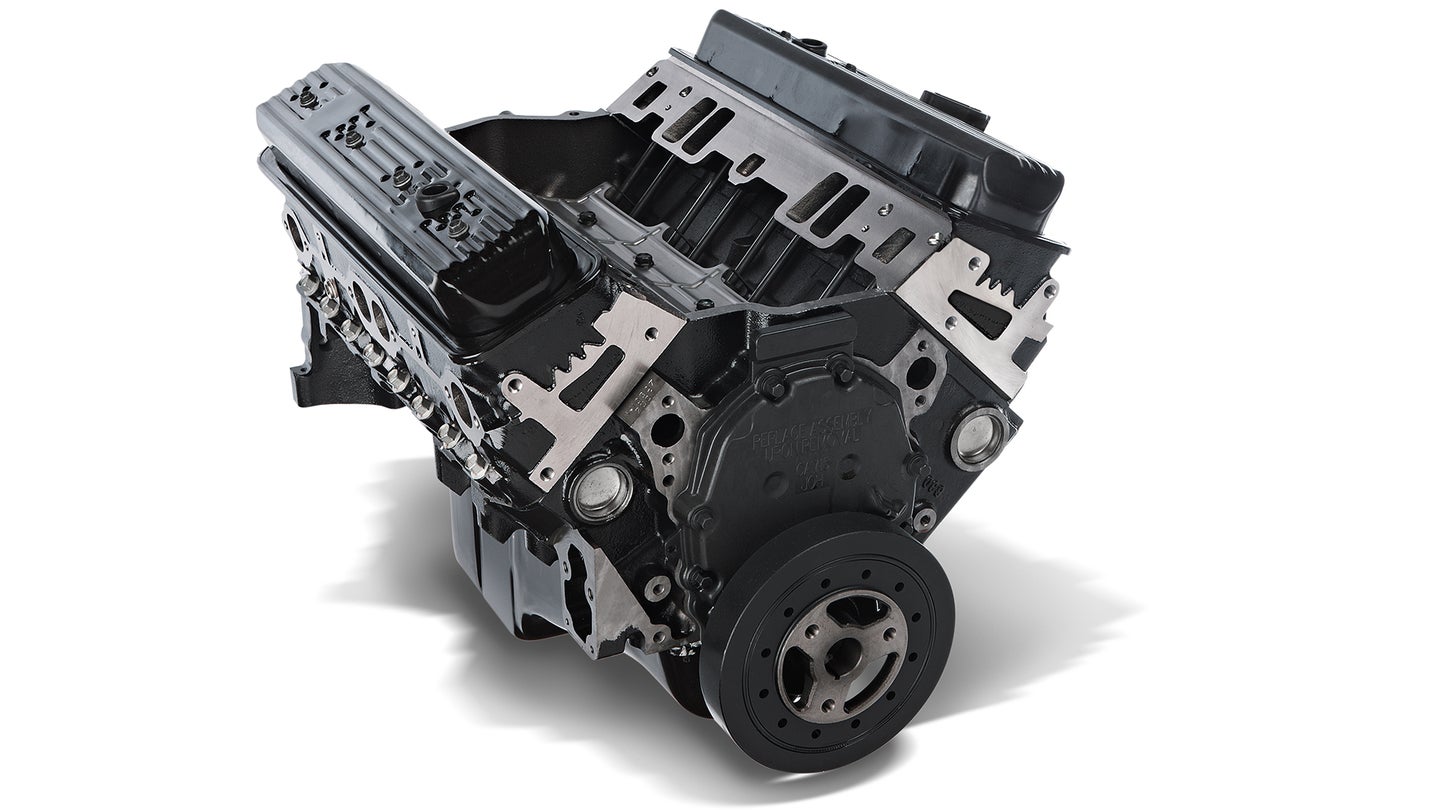 More than 50 years after the original GM small-block 350 debuted, the company is still capitalizing on its pedigree, now in the form of yet another crate engine. The beloved power plant is geared for three main applications: Gen 1 which covers trucks, vans and SUVs from 1987-1995; Gen 1e LD covering light-duty trucks from 1996-2002; and Gen 1e HD covering heavy-duty trucks from the same period.

The ever-popular 350 was introduced in 1967 as a high-performance L-48 option for the Chevy Camaro. Following that, it showed up in the 1968 Chevrolet Nova before becoming widely available throughout Chevrolet's line for 1969. Before long, it was offered in all types of GM vehicles including cars and pickups. It even made its way into Canada in the noses of local market Beaumonts (based on the Chevelle), as well as several Cadillac, Buick and Oldsmobile products.

The 350 small-block became fuel-injected for the 1985 Corvette, while lesser GM cars kept on their trusty four-barrel carburetors. Throttle body fuel injection only became standard in the late '80s.

For the 2020s, these truck-bound 350s are not remanufactured or reverse engineered, but instead, they're new castings with a number of upgrades to offer a three-year/100,000-mile limited warranty—whichever comes first. They pack the following features:

GM has sold 268,029 examples of the 350 service engine since 2005, and it's also quick to point out that this 5.7 block acts as the base of 19 of its currently available performance engines. With that in mind, I would like to wish you all happy wrenching with this classic half-ton Chevrolet C/K pickup truck ad from 1986, which is somehow also helping out a well-known hamburger chain.

You Could Have This 1,000-HP ‘Hellephant’ Crate Engine Tomorrow, But It Ain’t Cheap