This Shop Is Building the Duramax Diesel Tahoes, Yukons and Suburbans That GM Wouldn’t

The pickup truck nose swap really pulls it all together. 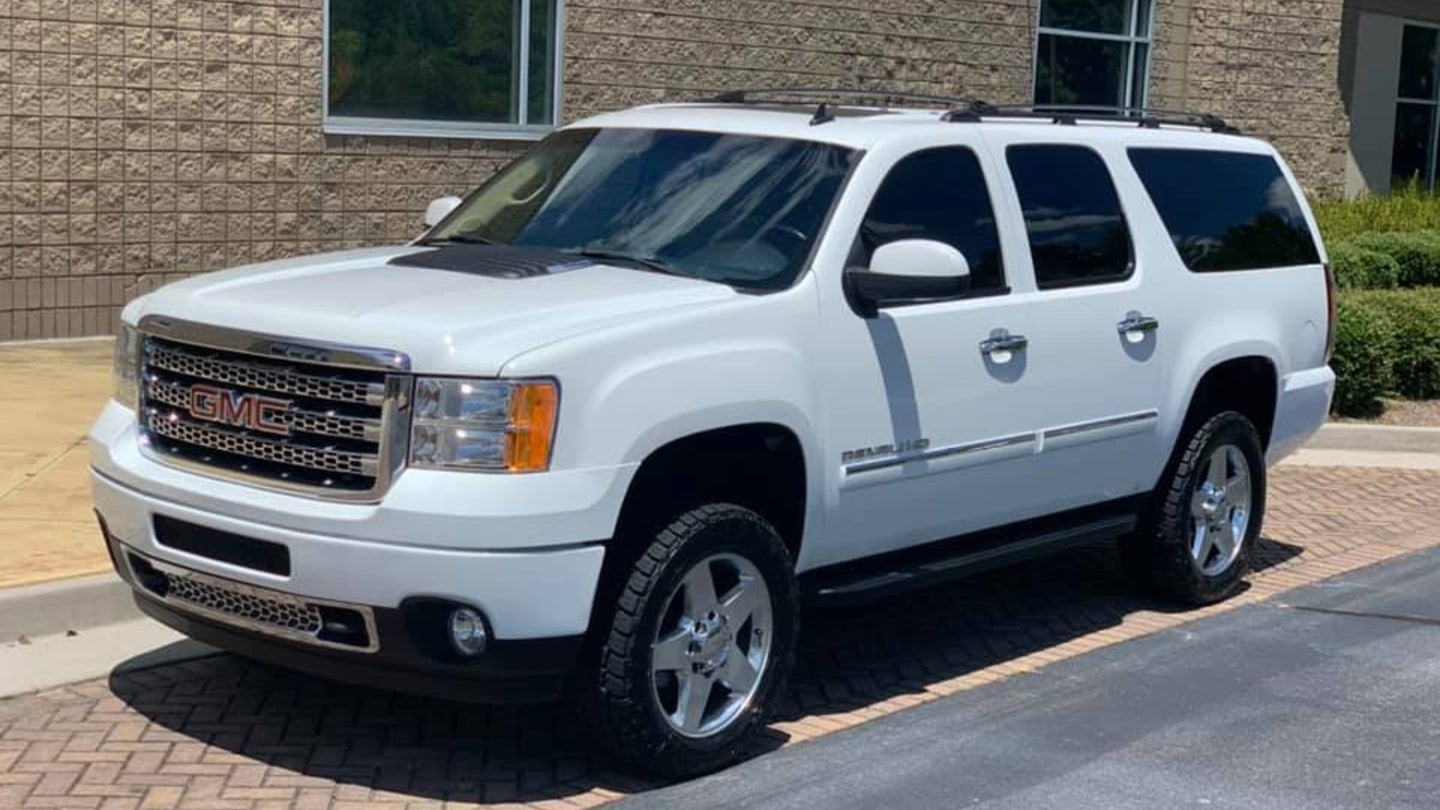 Starting with the 2021 model year, customers can order a new GMC Yukon or Chevy Suburban with a Duramax diesel engine in most trims, but an oil-burner option has been absent for the last 20 years prior to now. Customer demand for diesels didn’t die out completely, though, and that’s where companies like Duramax Specialties come into play. The shop offers full diesel conversions for 2003-2013 Suburban and Yukon XL models that look like they left the factory that way.

Nick Controy, owner of Duramax Specialties, told The Drive that he buys vehicles from around the country for his conversions. He said that while he can perform the conversions on customers' existing vehicles, there can be a number of factors that make them less than ideal, such as rust or other damage.

The most apparent difference with the converted SUVs is the front end, which typically mimics their heavy-duty pickup counterparts. The hood, bumper, and everything up front are perfectly matched, giving them a completely stock look. Controy said he doesn't change anything about the rest of the SUVs' bodies in the process.

One of the engines that Duramax Specialties uses frequently is the LMM Duramax, which is a 6.6-liter behemoth that puts down 365 hp and 660 pound-feet of torque—a big jump in pulling power from even the most powerful gas engines the vehicles were offered with at the time.

The level of detail in each build is massively impressive, and enough to make any self-respecting parent count their pennies for one.. Beyond the engine and front-end conversions, Controy fits the SUVs with a long list of new GM and upgraded OEM parts, from motor mounts to new headlights and tail lights. Every build also includes a frame cleaning, anti-corrosive undercoating, and each one is covered by a one-year warranty.

While the Suburban and Yukon could be ordered with a Detroit Diesel V8 back in the 1990s, the option has been absent from the line for the last 20 years. A diesel is on offer again for the 2021 Yukon, this time a 3.0-liter Duramax inline-six, so it’s unclear what that’ll do to the shop’s business model. We doubt it'll change much since Controy builds heavy-duty offerings and GM's newest are six-cylinders.

Given the prices that GMC’s charging for new Yukons, Duramax Specialties could become the source for bargain diesel-powered SUVs.