Military engineering has yielded some seriously cool vehicles over the years, many of which have landed on our roads when Uncle Sam is done with them. Here's to hoping this Chevy Colorado ZR2-based Infantry Squad Vehicle (ISV) from General Motors Defense will be one of them. Living out Halo fantasies in the woods of this post-apocalyptic world with a real-life former military vehicle seems like a blast, especially when it's got four-wheeling chops like this.

Though the Warthog-esque vehicle looks radically different than anything you or I could buy at a dealer, GM Defense says the truck uses 90 percent commercial, off-the-shelf-parts. That includes the suspension system, which packs a Multimatic DSSV damper setup that can be found on the civilian model. The Colorado ZR2’s 2.8-liter Duramax turbodiesel will also remain, pumping 186 horsepower to the wheels through a six-speed automatic. This is yet another plus of the ISV as Chevy's small Duramax is said to be killed-off for the 2021 Colorado.

The ISV is designed for sling load operations with a UH-60 Blackhawk helicopter and is small enough to fit inside a CH-47 Chinook chopper. GM Defense doesn't specify how the weight savings were achieved, but it's clear that its body is significantly less hefty than the one required to make the Colorado safe for American roads. Maybe it has something to do with the lack of doors.

Regardless, it can still carry 3,200 pounds of payload—a must for moving days' worth of gear across rough terrain. GM explains the ISV has an approach angle of 46.1 degrees with a departure angle of 42 degrees, which is substantially better than the standard ZR2 as well as other four-wheelers like the Jeep Wrangler.

The company says the Colorado ZR2 was chosen as the basis for the vehicle because of its durability at the Best in the Desert race series, where the truck was one of just four vehicles to complete 11 consecutive races. The initial $214.3 million contract covers the initial Army Procurement Objective of 649 vehicles, but the total approved objective is 2,065 vehicles.

I’ll just be here waiting for one of them to hit the used civilian market after a few years of “light” military use. 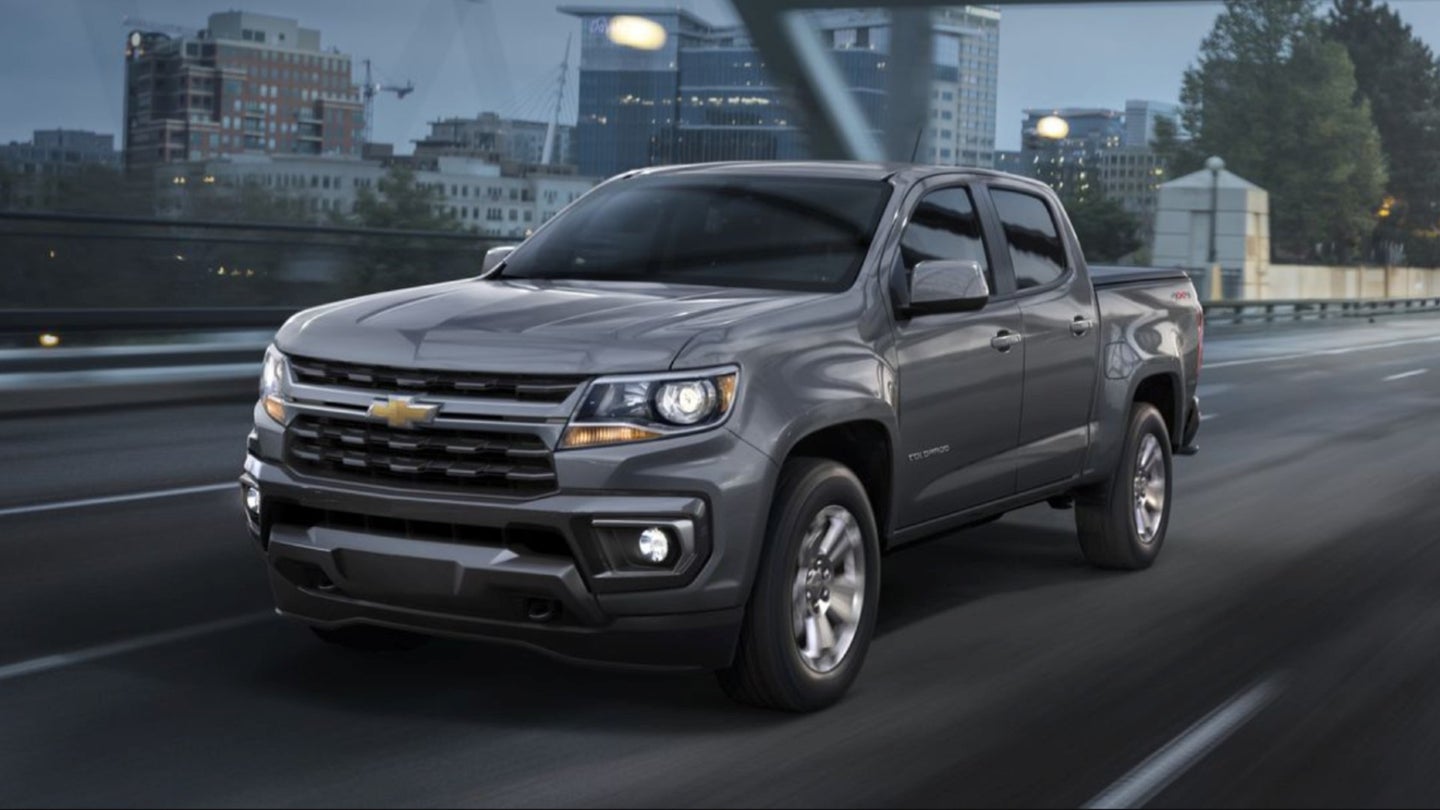 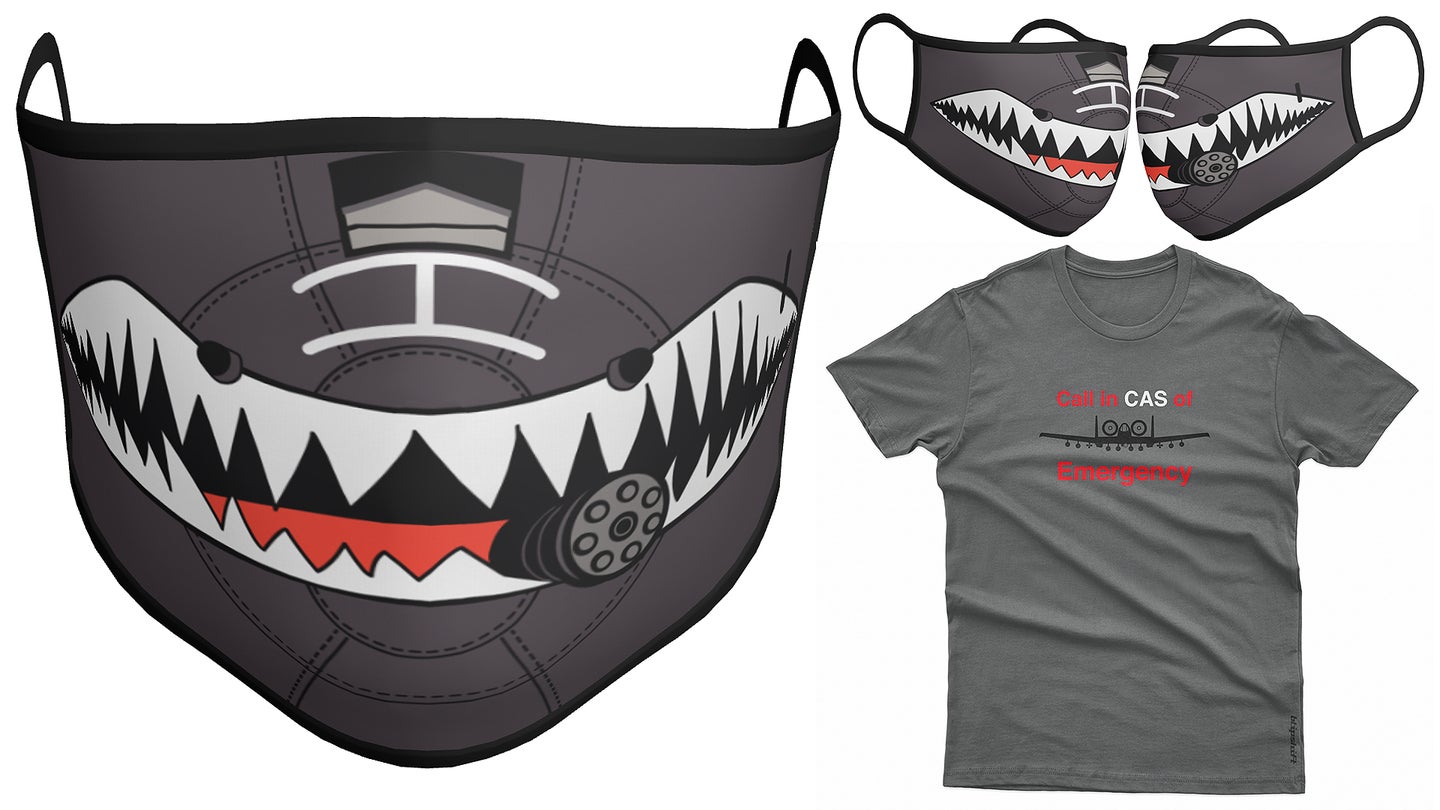 You’ve never seen a mask like this! Show your love for the mighty ‘Hog while also giving back to those on the front lines of the COVID-19 pandemic. 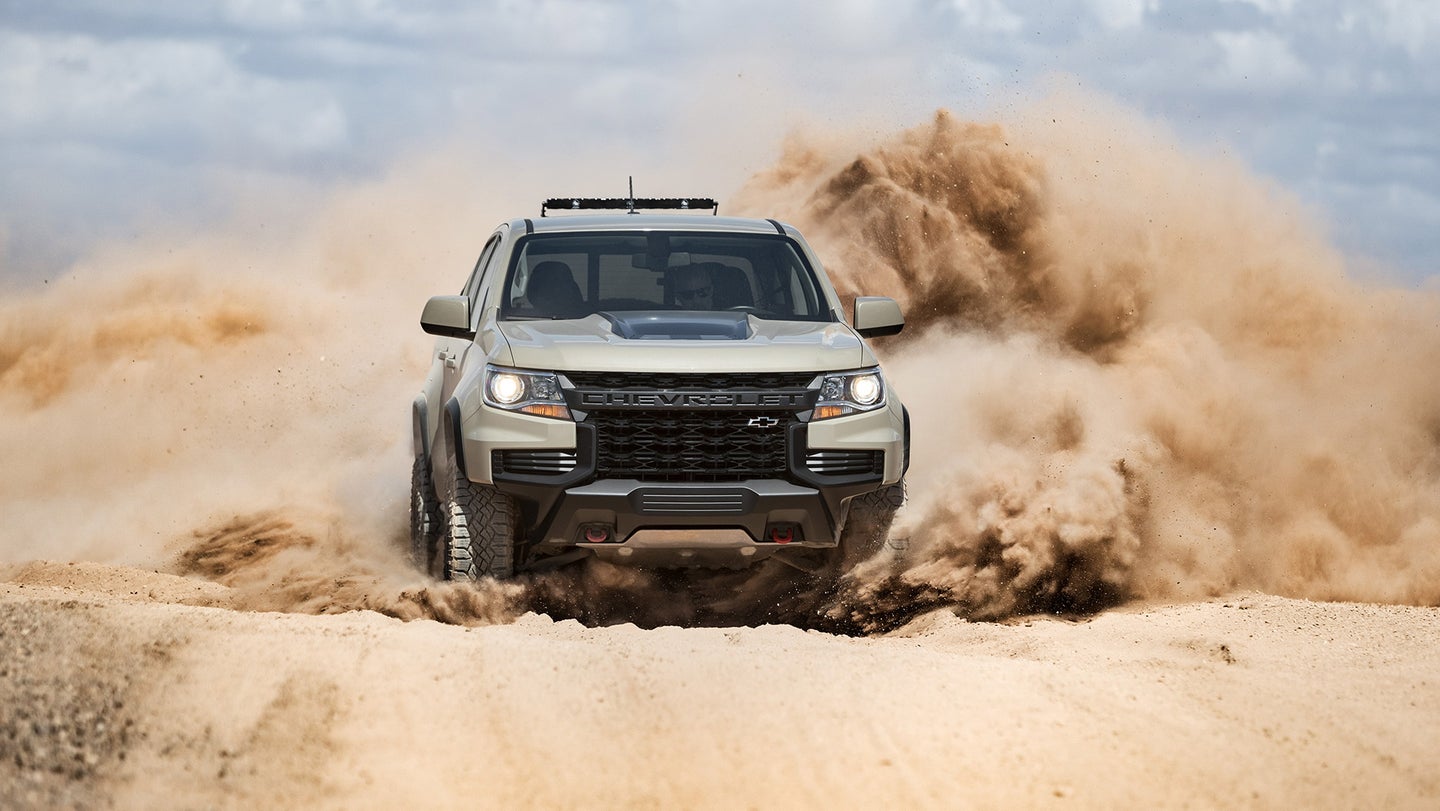 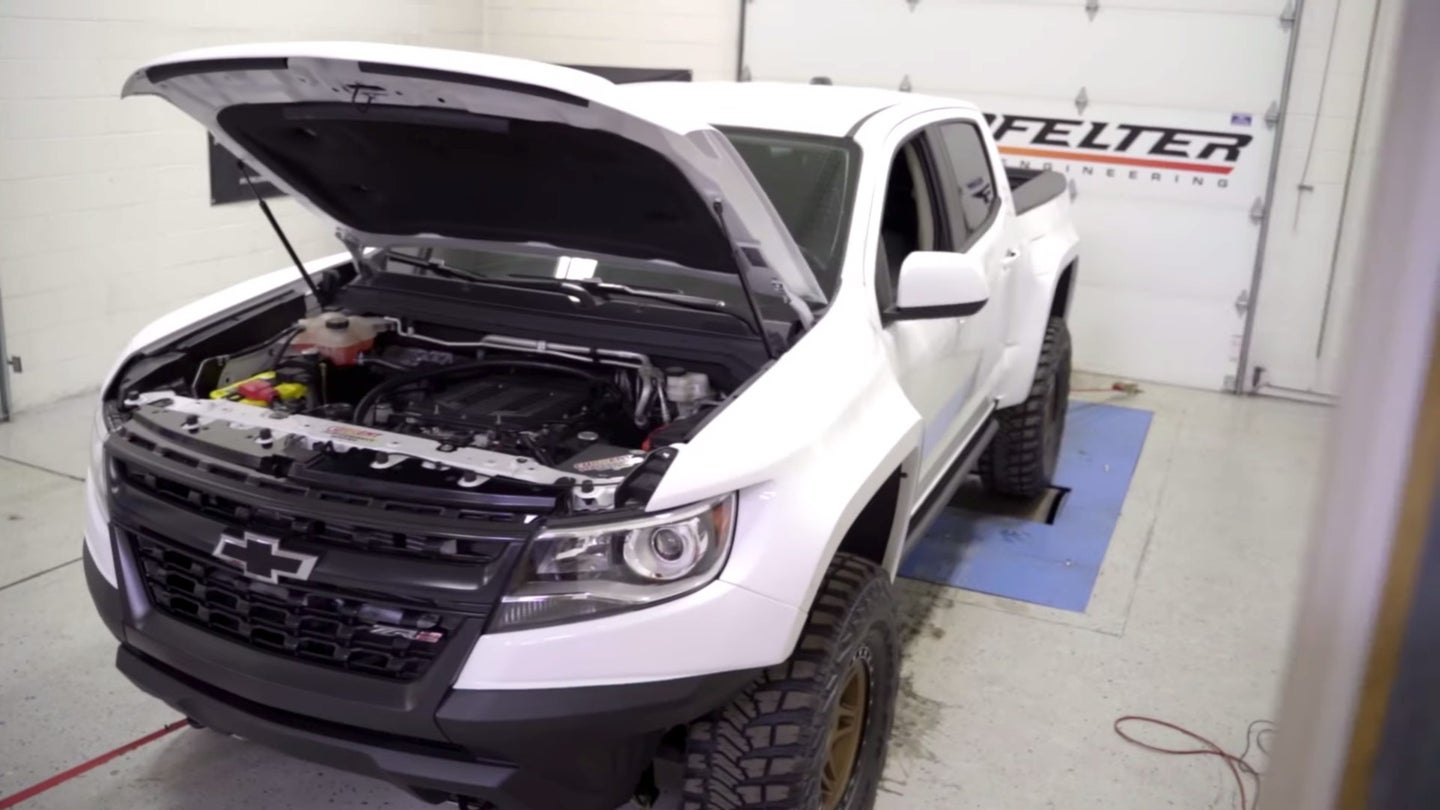 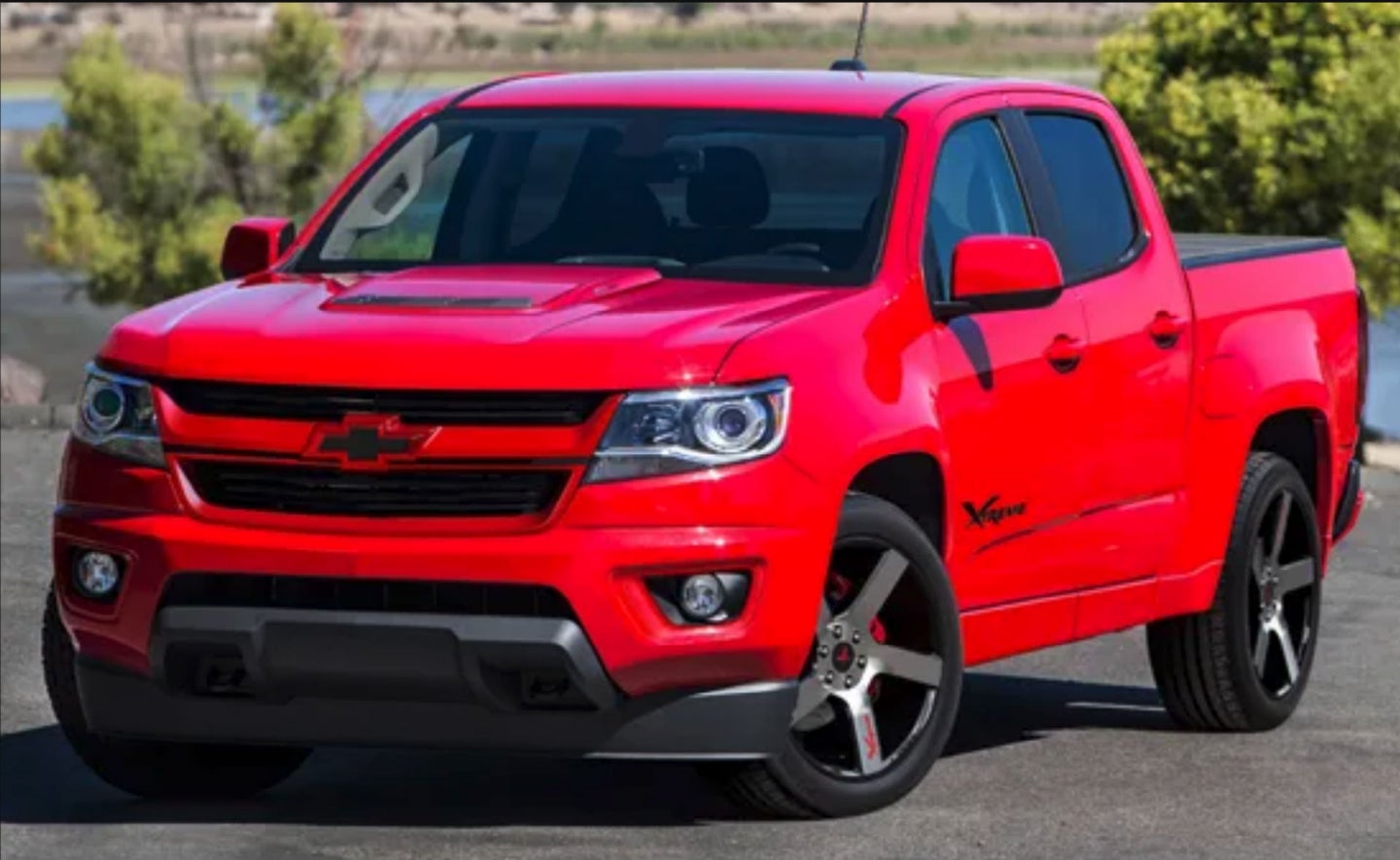 This post-rad throwback built by SVE even has carbon-ceramic brakes.