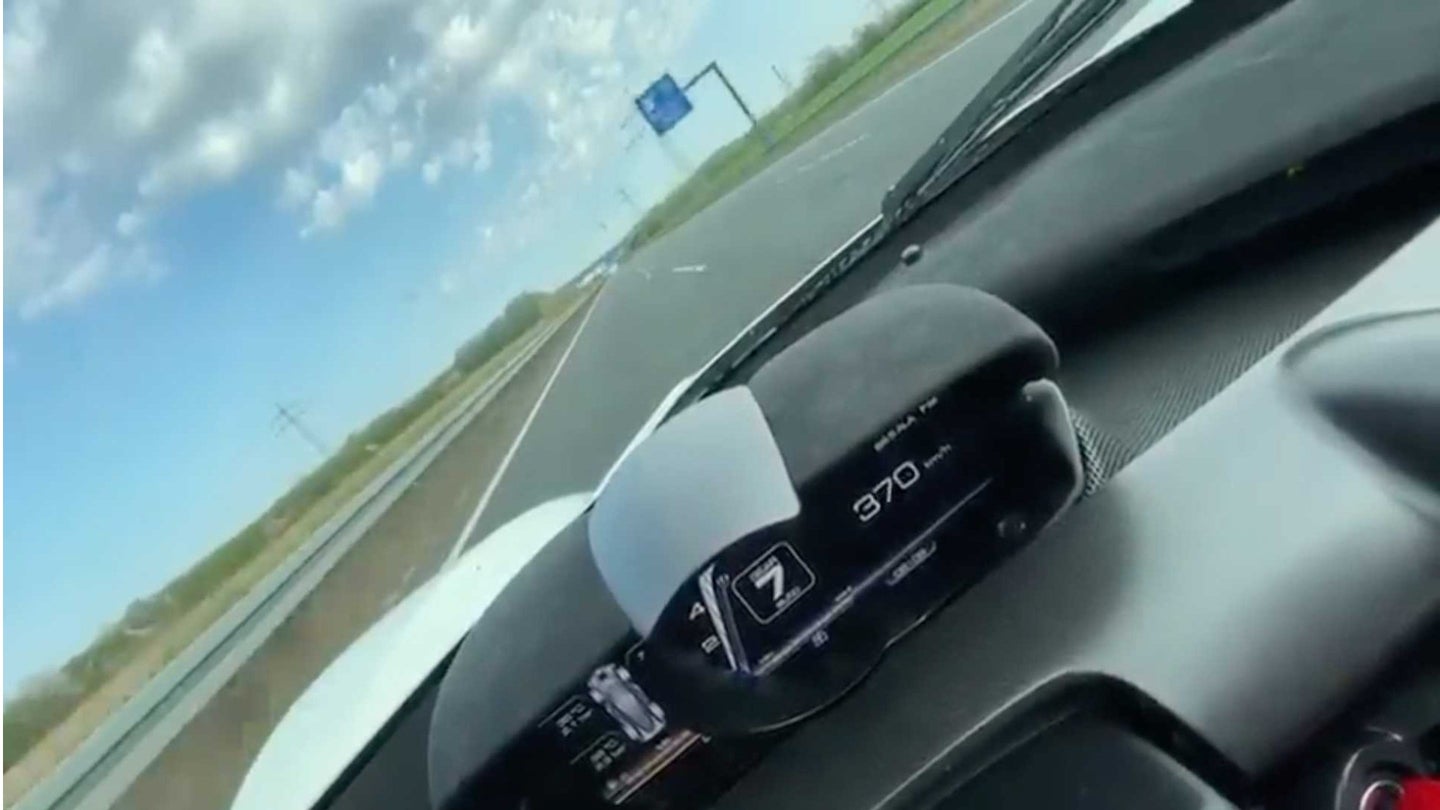 The coronavirus pandemic has drastically cut traffic across the globe, allowing some thrill-seekers to take advantage of the newly empty roads. From debated Cannonball Run attempts to top-speed tests, everything's gotten a bit out of hand. Still, this clip posted to Instagram of a Ferrari LaFerrari hitting 231 miles per hour on Germany's Autobahn is amazing to watch, and even scarier to think about.

In the video, we join the driver as they’re already deep into triple-digit speeds, and the car’s big V12 is howling away in the background. The LaFerrari shows its legendary capabilities as it climbs quickly to almost 190 mph. It's only then that the acceleration starts to slow as the car scoots past 200 mph and hits seventh gear.

On the wide-open Autobahn, the Ferrari can really stretch its legs, reaching 372 kph (231 mph) before the video ends. That’s fast, obviously, but that number is noteworthy for more reasons than one. The LaFerrari’s advertised top speed is only 217 mph, which as you can probably tell is a bit slower than the speeds we see in the video. The car not only beats its stated top speed but does so in such a relaxing fashion that it might as well be sitting still.

The LaFerrari was among the first wave of hypercars to use a hybrid system to boost power output. Its 6.3-liter V12 makes 789 horsepower and when combined with the electrified powertrain, total system output hits a staggering 950 ponies. That power is good enough for the LaFerrari to scream from 0-62 mph in under three seconds. If only we all had a multi-million dollar hypercar to keep us company during the pandemic.