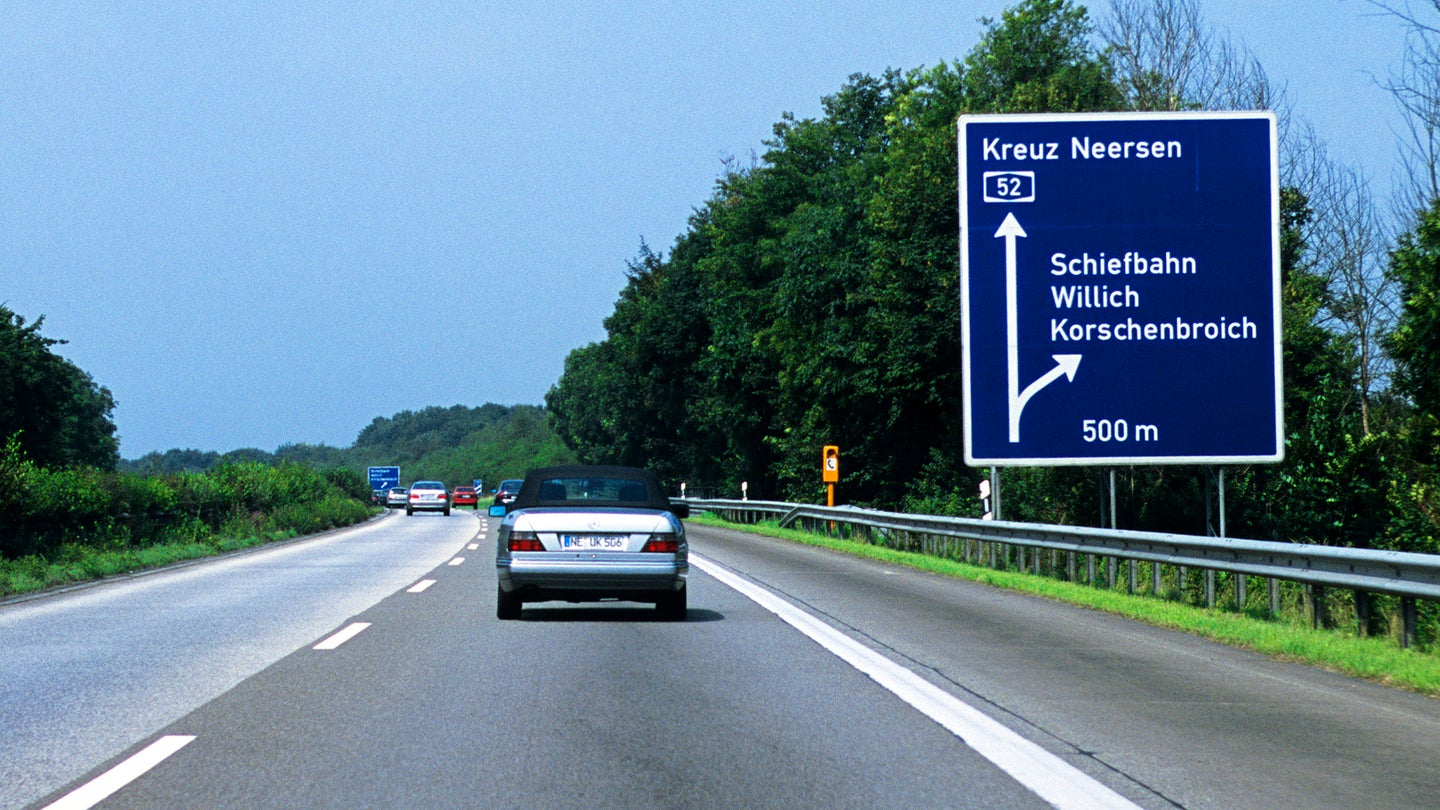 Car enthusiasts around the world can breath easy as Germany’s parliament has once again shot down a proposal to impose speed limits across the world-famous Autobahn that threatened to eliminate the highway’s legendary unrestricted speed zones. The Green Party proposal suggested the new limits could improve roadway safety and reduce pollution.

In a vote conducted on Thursday, the idea was rejected with multi-party support, with an overwhelming 498 out of 631 lawmakers saying Nein to speed limits on the Autobahn's remaining unrestricted stretches. Opposition to the idea included a coalition of far-right conservative lawmakers and leftist Social Democrats, according Deutsche Welle. So we can still all agree on some things.

Over a quarter of the Autobahn network now has permanent speed limits, with the remaining covered by a mix of "advisory" limits and temporary caps for weather and traffic conditions. The idea of a system-wide speed limit of 80 mph or less has been raised repeatedly in recent years, and there's been a surprising amount of support from the German population at large.

But the bill stirred up strong opposition among those who see the nation’s unrestricted highway system is one of the country’s most iconic landmarks, and its passage into law seemed unlikely. Germany remains the only country in Europe with no official countrywide speed limit for its major highway system. Ironically, though the speed limit idea has been argued as a way to reduce emissions, Germany's Federal Ministry of the Environment has said it would have a negligible impact on pollution in the country.