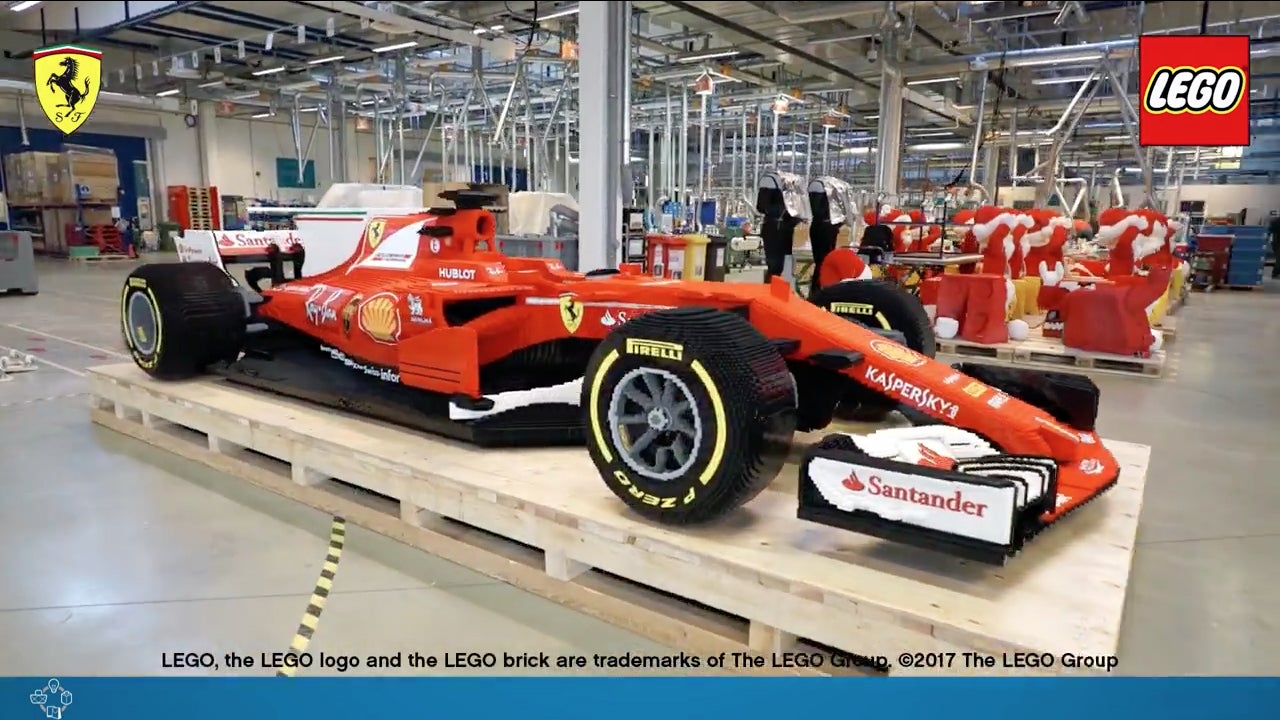 What's made of almost 350,000 bricks, is bright red, and took 750 man-hours to build? No, not your house in Minecraft—it's this Lego replica of this year's Formula One car by Scuderia Ferrari, the SF-70H. The SF-70H has propelled Germany's Sebastian Vettel to four Grand Prix wins this year, in Australia, Bahrain, Monaco, and Hungary. Lego built this in partnership with Ferrari as part of Lego's Speed Champions line of motorsport-inspired products, which include a pair of licensed Ferrari products, like their Formula One car from last year, the SF16-H, and their FXXK track-only variant of the LaFerrari hypercar.

Their model of the SF-70H took 844 man-hours to develop a blueprint for, presumably adapted from CAD designs, and the model itself took 750 hours to construct, bringing total time investment to 1,594 hours—or over 66 days. The weight of the model is 567 kilograms, or approximately 1,250 pounds, still well shy of the weight of the real car, which is 722 kg, or around 1,592 pounds. It is constructed of a total of 349,911 pieces, most of which we presume were red or black.

If we had to estimate the hypothetical retail price of a set this size, using Reality Prose's estimate of $0.10-$0.13 USD per piece, this model would probably retail for between $35,000 and $45,500—likely toward the upper end of the scale, as licensed sets have traditionally cost more than Lego's original product lines. This isn't taking into account the shipping costs of a Lego set weighing more than half a ton to your front door, or the War and Peace-sized volume that would be its instruction book.

We have one curiosity left—can Ferrari driver Sebastian Vettel fit in this car? Considering the limitations of the model, we suspect not. They may have to settle for building a replica of his helmet to stick in the cockpit.