It lacks the lawbreaker spirit of the original. But it’s still a fun watch. 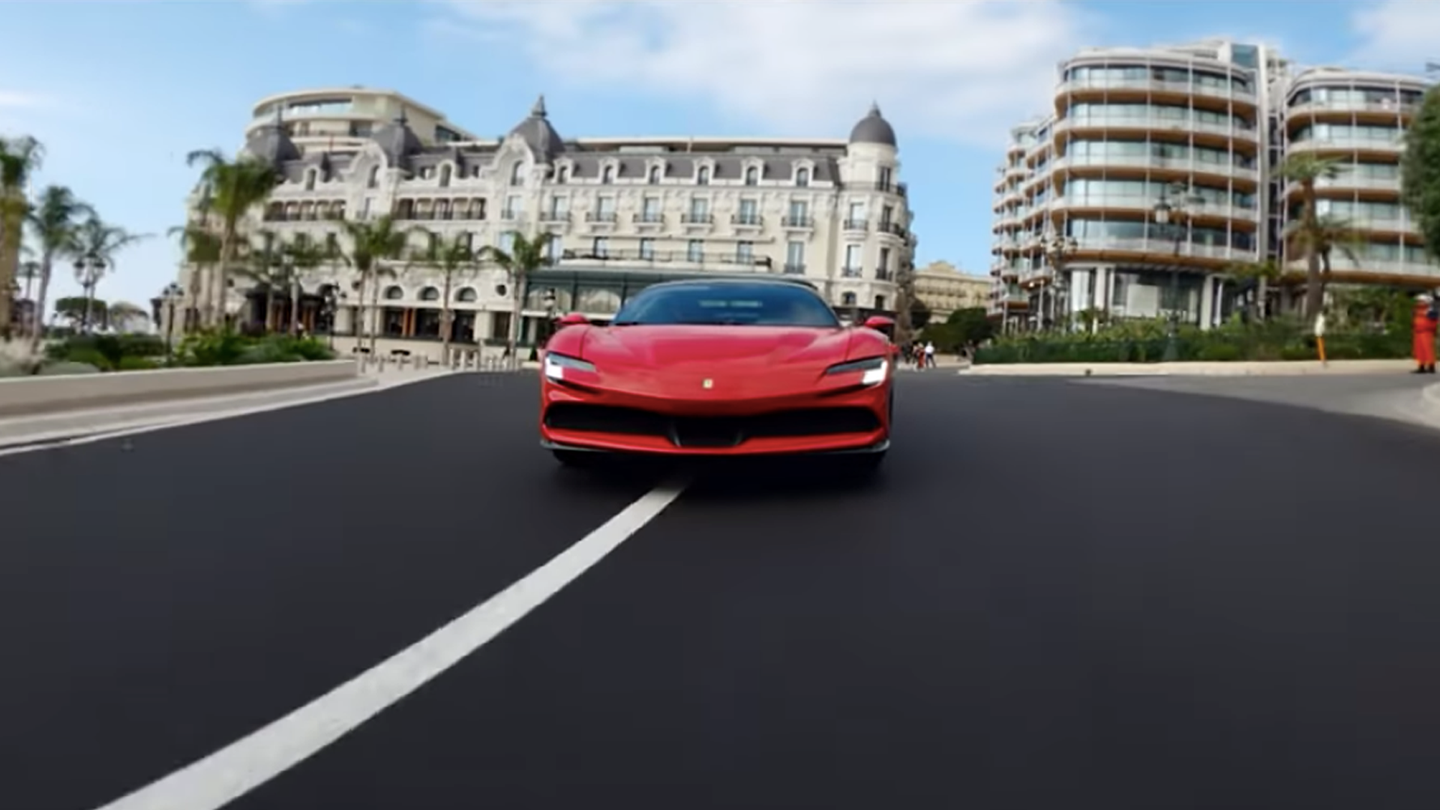 Sixty-five years of consecutive single-seat racing was shattered by the worldly impact of COVID-19, but Ferarri couldn’t repress its need to wail 986 horsepower through Monaco’s empty streets and tunnels. Behold, Scuderia F1 driver Charles Leclerc behind the wheel of a Ferrari SF90 Stradale in Le Grand Rendez-Vous, a sequel to the famous underground original short film.

That movie, 1976's C'était un Rendez-Vous, depicted a speed run through Paris in a Ferarri 275GB-dubbed Mercedes Benz 450SEL and had a production shrouded in mystery and urban legend for many decades. Though this film has the same director, Claude Lelouch, it's decidedly less of an outlaw classic and more of a commercial for Ferrari, complete with an appearance of a masked Prince Albert II of Monaco at the end.

The good news is that it's still pretty fun to watch Leclerc absolutely tear through Monaco's empty streets in just one take, even if those streets are empty because of a pandemic this time.

Introduced with ominous tunes and footage of an unidentified female florist, who happens to be Lelouch’s granddaughter, I expected a 007 or The Pink Panther-style story. Quickly, the film cuts from shots of flowers and rolling dice to spinning rims and paddle shifter clicks, which is a bit jarring. As Leclerc slides through Monaco, he eventually reaches the Hotel de Paris, where he picks up the prince in a mask and launches away. Don't worry, he comes around at the end to pick up the florist.

In an effort to be period-correct, and more likely because the cast and crew didn’t want to contract coronavirus, masks are worn throughout the film.

And while this story is somewhat confusing, the cinematography and story behind the picture are commendable. Shot on May 24, the day the Monaco Grand Prix would have begun,  a 17-person film crew worked to mount cameras and scout shots. Ferrari, of course, sent a team of six engineers from Maranello as well. The streets were closed, according to Ferrari, but the leaning shadows of Monaco residents give the impression that, just maybe, Leclerc is doing an adrenaline-filled hot-lap on live roads.

That's a big change from the original, which was shot in a much smaller, more dangerous and more illegal fashion. As such, it just doesn't have that lawbreaker spirit, because how could it?

Still bumper-mounted footage of the SF90 under hard braking, the tail stepping out just a little, and the bellowing sounds of an electric motor augmented, twin-turbocharged Ferrari V8 in a tunnel are undeniably fun. The Monaco Grand Prix is irreplaceable, but some tire squeal and engine noises are the soothing medicine you may need.