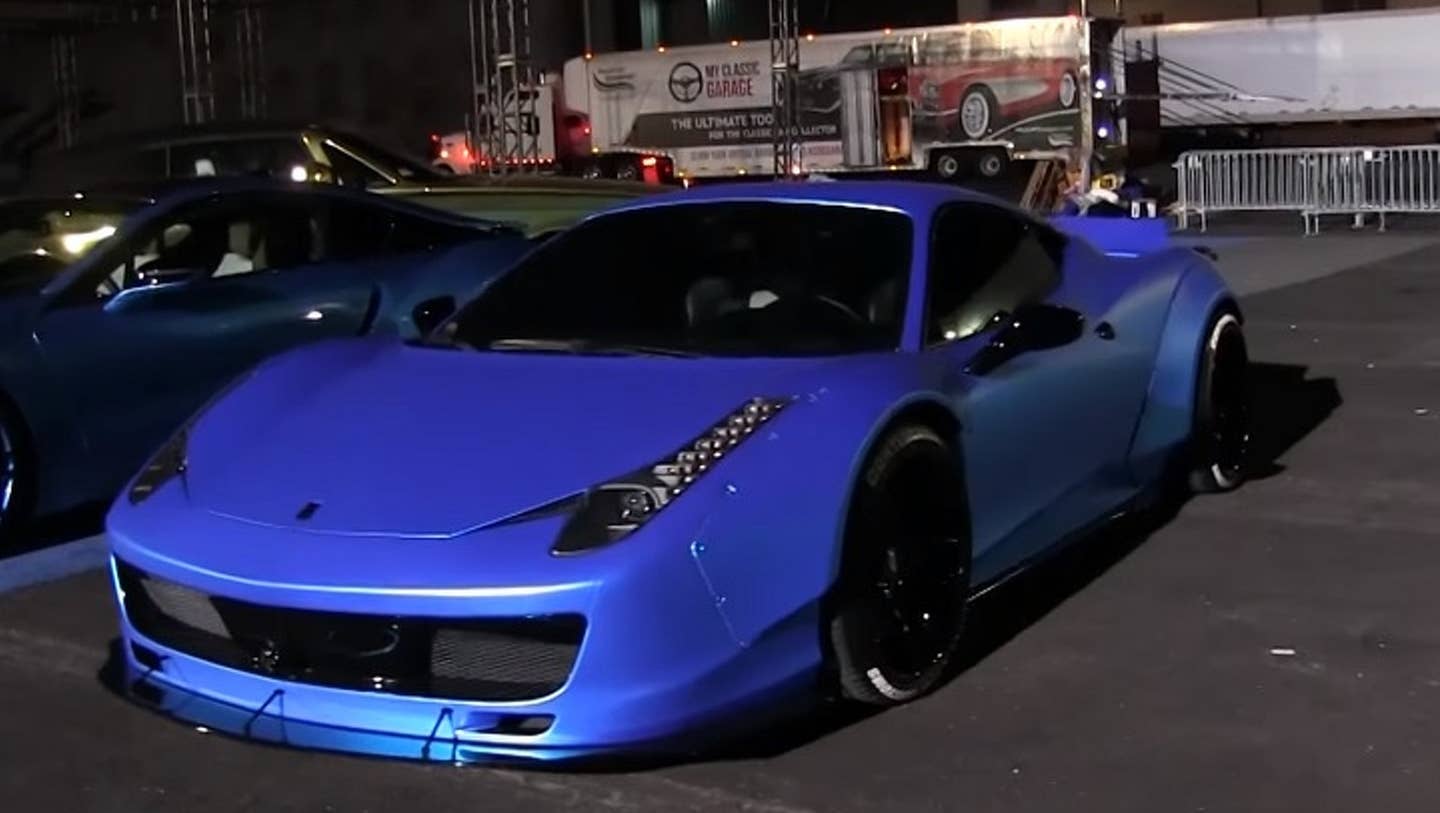 Last August, Canadian pop tartlet, erstwhile pet monkey owner and recent pantsing victim Justin Bieber took delivery of a Liberty Walk kitted Ferrari 458 Italia in comely matte blue. The wrenchers over at West Coast Customs bolted on that body kit for Bieber and the 22-year-old singer was so thrilled with the finished result that he promptly sat on the fine piece of Italian engineering and posed hard for the ‘Gram. Because that’s why you buy a Ferrari, right? To slap on a body kit and pose with it for Instagram? Alas, Bieber’s been unable to use his 458 as a chair for nearly a month because he lost the damn thing.

According to British tabloid, The Daily Star, Bieber hit the town for a hard night out a while back, parking the Ferrari at the Montage Hotel in Beverly Hills. He and some pals hit some clubs at West Hollywood and presumably got quite hammered. So sloshed that Bieber forgot that he had left the car at the hotel. What’s a young, rich and arrogant pop star to do after realizing he’s lost one of his exotic toys? If you said, “Forget about it and buy another one,” that would be the most audacious response, but that’s a move reserved for Middle Eastern oil magnates and barons. Bieber instead stuck an assistant with the task of recovering his ride.

It took that poor woman three weeks to finally locate it, safe and sound in the care of the Montage valets. Per the Star, “She was in a real state of panic and almost cried with relief when we told her the Ferrari was safe in a covered spot here,” a member of the hotel’s team said. “Celebrities will leave one of their vehicles with us in between stays so it’s ready for them to use as soon as they check-in. We all assumed Justin had done that.”

We called the Montage Hotel to find out that an overnight stay for a car will run you $46. Multiply that fee over three weeks and that’s a hefty bill of $966. A pal of Bieber reportedly told the tabloid the Sorry singer is now thinking of appointing a transport manager to his staff, “who’ll be in charge of keeping track where all the cars are all the time. But with Justin Bieber for a boss, that’s a job not too many dudes could handle.” How about just not being a moron and remembering where you parked, like the rest of society?