Watch it pop a wheelie and blow some minds when it comes to what an EV should sound like. 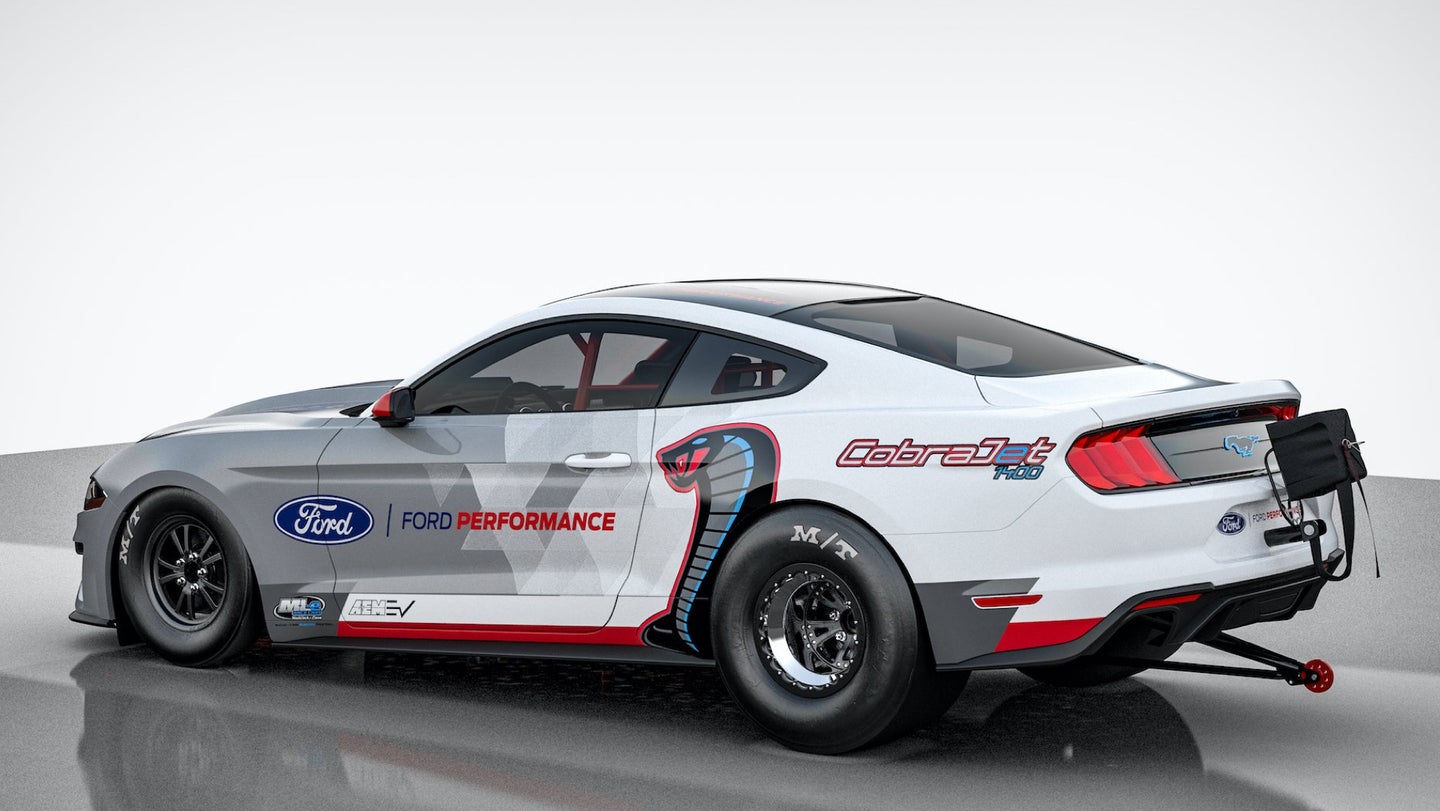 The Ford Mustang CobraJet 1400 drag racer is the electric Mustang we always deserved. For one, it looks like a real Mustang coupe—not a crossover. As its name suggests, it packs an eyeball-sinking 1400 horsepower. Most importantly, it absolutely rips.

We typically expect electric vehicles to be extremely quiet, but no! The CobraJet 1400 makes an unsettling whine as it launches off the line.

This is a delightfully ridiculous car that makes good use of that wheelie bar behind it. While we won't be able to tell until they're running side-by-side, the CobraJet 1400 is probably not as loud as a traditional internal combustion drag engine. It's still pretty loud for an EV, though, and that's great. It's kind of a disturbing noise. What better way to intimidate your opponents than with a weird, ear-piercing shriek?

Electric cars have been great in drag racing, and the instant 1,100 foot-pounds of torque available from this CobraJet 1400 should serve it well. Ford's goal is to make runs in the low 8-second range at over 170 mph, per the NHRA. It already ran an 8.66-second run at 160 mph on its first run, but according to driver Pat McCue, it makes even more power now.

The CobraJet 1400's racing debut will be at the Denso Spark Plugs NHRA U.S. Nationals with Bob Tasca behind the wheel. The U.S. Nationals run from Sept. 3-6 at Lucas Oil Raceway in Indianapolis.

Here's hoping that this finally convinces Ford to give us a rowdy as hell electric Mustang that actually looks like a Mustang.