Watch This Ford Mustang Intentionally Plow Over a Motorcycle Rider 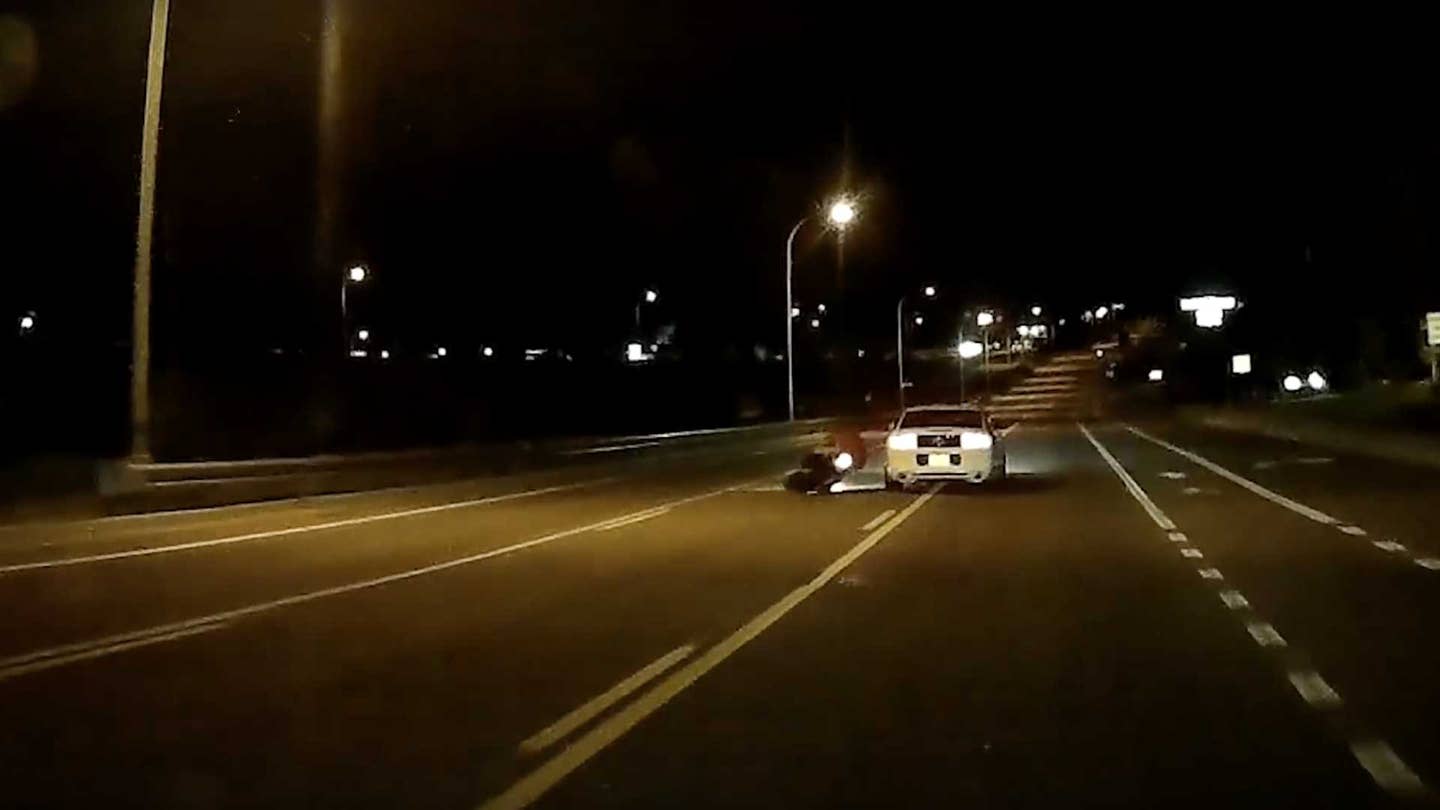 It's not easy keeping cool when dealing with another driver who's deliberately trying to pick a fight on the highway. But that's no excuse for how this Ford Mustang driver reacted.

According to KMGH ABC 7 news of Denver, Colorado, police were dispatched to a hit-and-run call in Colorado Springs, Colorado on June 6 following the crash caught on the video below. As the clip starts, you can see a motorcycle tailgating and aggressively following the Mustang. The motorcycle rider crosses the double-yellow line, rides alongside the muscle car, and appears to try and throw a punch at the Mustang's driver-side window. In response, the Mustang driver jerks his car sideways into the motorcycle, knocking both bike and rider onto the pavement.

KMGH reports that 22-year-old motorcycle rider Skyler Bradley told the videographer, Joel Hartzell, he followed the Mustang and took action against it because the driver tried to run his girlfriend off the road.

Mister Bradley, here's a little life lesson from us at The Drive: Sometimes, you gotta let things go. Sure, maybe Caldelaria is a completely unreasonable person who, for whatever reason, intentionally tried to run your girlfriend off the road. But that doesn't mean you chase him down in a rage-fueled, high-octane quest for vengeance. Those things rarely end well...especially if he's in a car, and you're on a motorcycle.