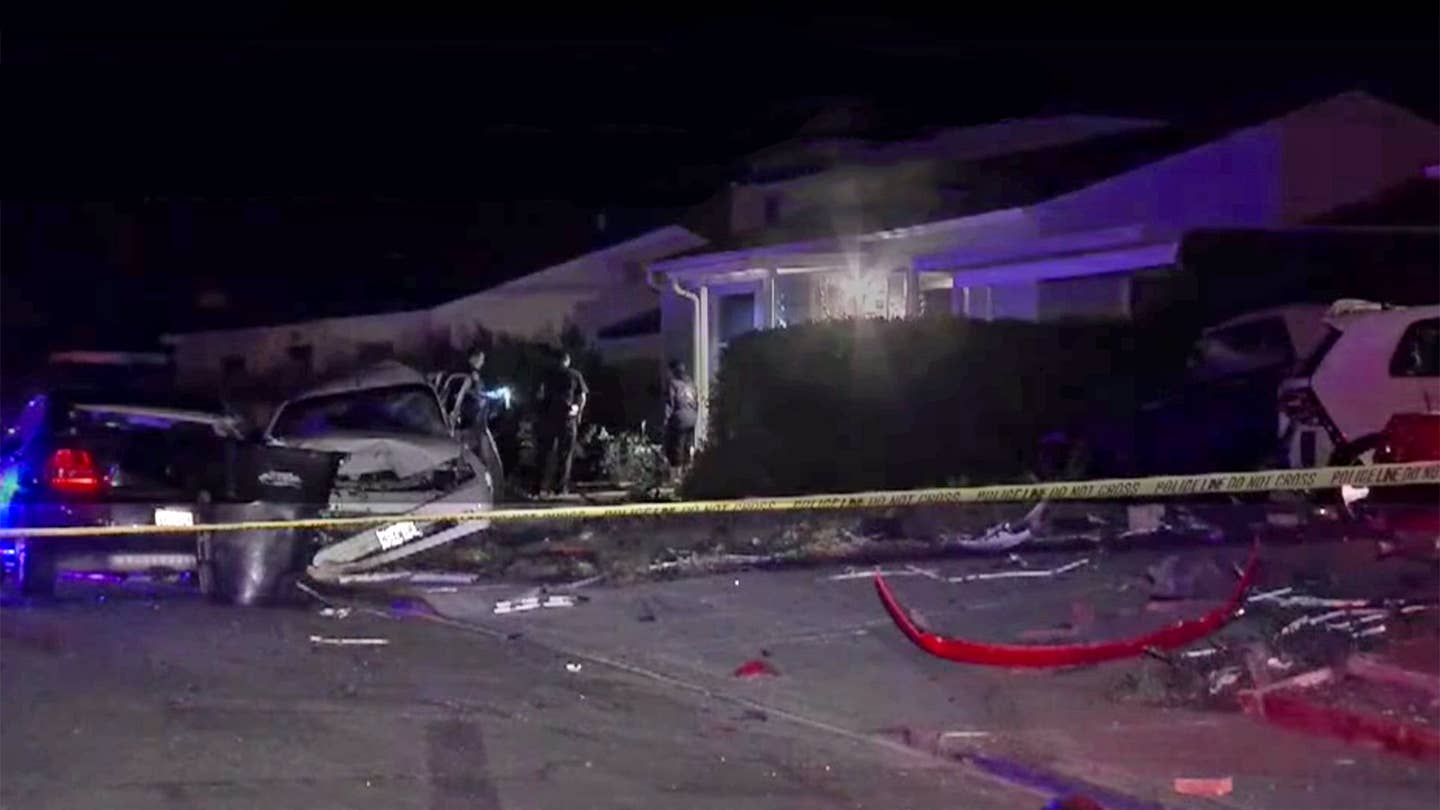 A Ford Mustang tore a San Diego neighborhood a new blowhole in the pre-dawn hours of June 16, ripping through yards and taking out six other cars before coming to rest in a heap of metal.

According to police, the black fourth-generation Ford Mustang was speeding around a curve in the Paradise Hills neighborhood of San Diego at around 1:15am on Thursday when it lost control, sending it flying through several driveways and plowing through parked cars before coming to a mangled, torn-up halt.

No one was reported injured in the accident, but the debris trail left behind by the runaway pony car left the neighborhood looking as though a small tornado had passed through.

"Four out of five cars are gone,” one neighborhood resident told San Diego's KGTV 10 News. "We were restoring a 1965 Plymouth Valiant. It’s gone."

Video footage from KGTV reveals other automotive casualties included a BMW Z4, a Dodge Avenger, and a VW GTI.

Police are still searching for the Mustang's driver, who residents say beat feet from the scene shortly after the crash.

This Video of a Ship Crashing into San Diego Is Insane

Panic ensues when a whale-watching boat can’t stop in time.