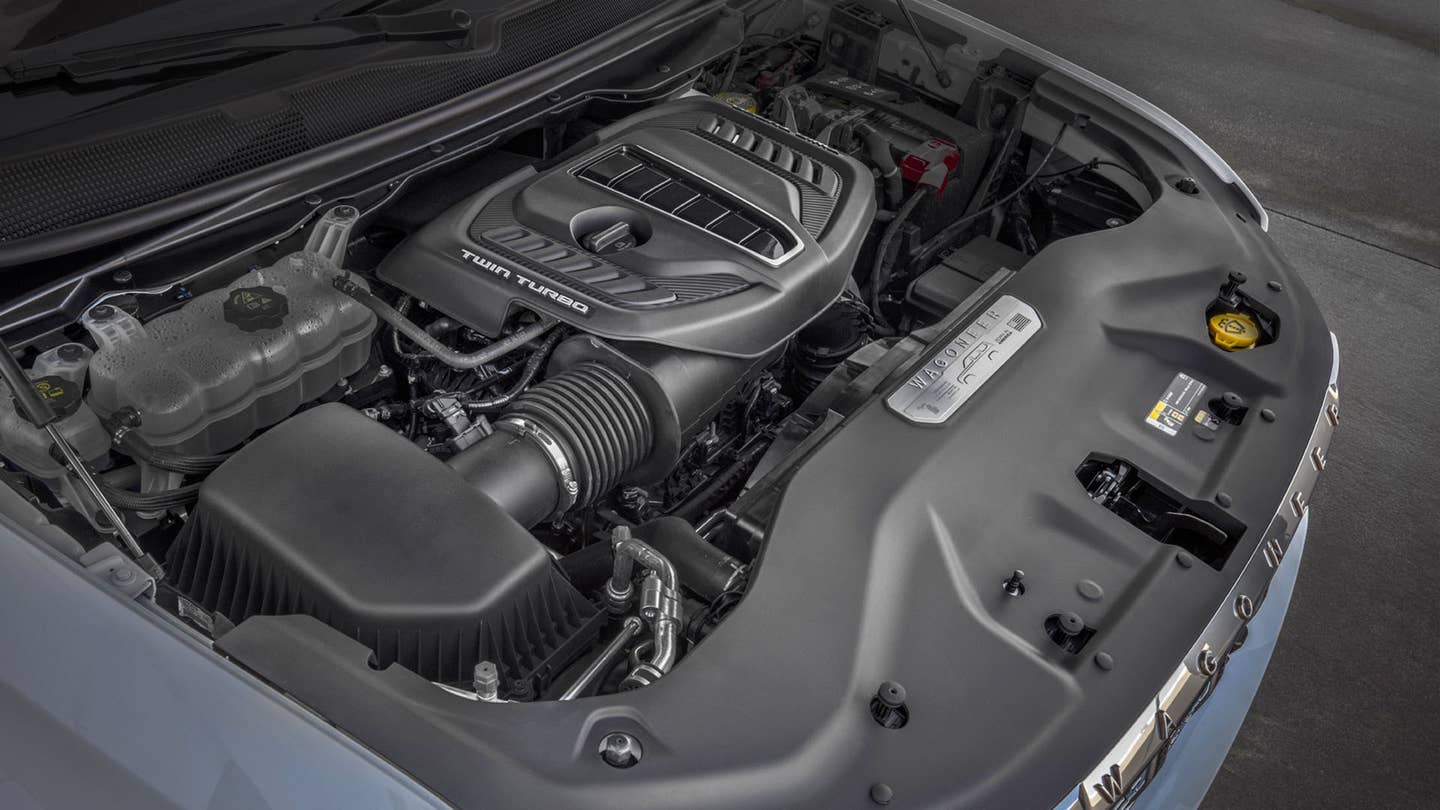 Stellantis' new Hurricane inline-six is an impressive engine. As we know now thanks to the newly revealed Grand Wagoneer L, the high-output 3.0-liter produces an impressive 510 horsepower and 500 pound-feet of torque from its modest displacement. The automaker boasts that the motor produces 15 percent fewer emissions than its V8 counterparts, but as nice as that is, the fuel economy savings are pretty minimal. Even after going from a big thirsty V8 of at least 5.7 liters to nearly half of that in the new Hurricane, it only returns an extra 1 or 2 miles per gallon combined.

This nugget of information is buried in the press materials for the new Wagoneer and Grand Wagoneer L. It explicitly states that "Both engines [the high and low output variants] return an estimated 1 to 2 miles per gallon (mpg) combined-rating improvement compared with the existing V-8 engines." Those V8s are equipped with a very mild hybrid system called e-torque, but that's still not much improvement considering the Hurricane is an all-new, supposedly very advanced engine.

The fact of the matter is, smaller turbocharged engines like Stellantis' new unit only really save fuel when they aren't in boost. As in, when the engine isn't producing enough exhaust volume to spin the turbos up to speed. Without this boost pressure, no extra fuel is added and the car is producing basically as much power as a naturally aspirated 3.0-liter might, and using as much fuel. Once the quantity of air entering the cylinder is increased, though—once it comes into boost—the fuel is also ramped up to create all that horsepower.

Since the Hurricane has two tiny turbochargers, it seems likely that it doesn't take much to spin them up, and the engine spends a lot of time in boost. Boost could of course be bled off and the Hurricane certainly has electronic wastegates to enable this, but engine tuning is a compromise, and Stellantis has seemingly chosen where it's comfortable lacking a tad.

It's also yet to be seen how this engine performs while towing versus the V8. The weight ratings themselves are mostly the same, though the larger 5.7-liter and 6.4-liter engines could be more conducive to greater MPG while dragging something down the highway. Again, it comes back to the engine spending time in boost when it needs more power.

As usual, these estimates from automakers and the EPA alike should be taken with a grain of salt. The biggest factor in fuel economy beyond the hard-wired nature of the car you're driving is how you drive it, and it could be that—especially once the Hurricane is hybridized like Stellantis says it plans to do—the automaker's sleek new six could be a big winner in terms of real-life MPG.

2022 Jeep Grand Wagoneer Will Get Twin-Turbo I6, Mopar Quietly Confirms

The company’s new inline-six has two versions, and the internal differences are worth talking about.