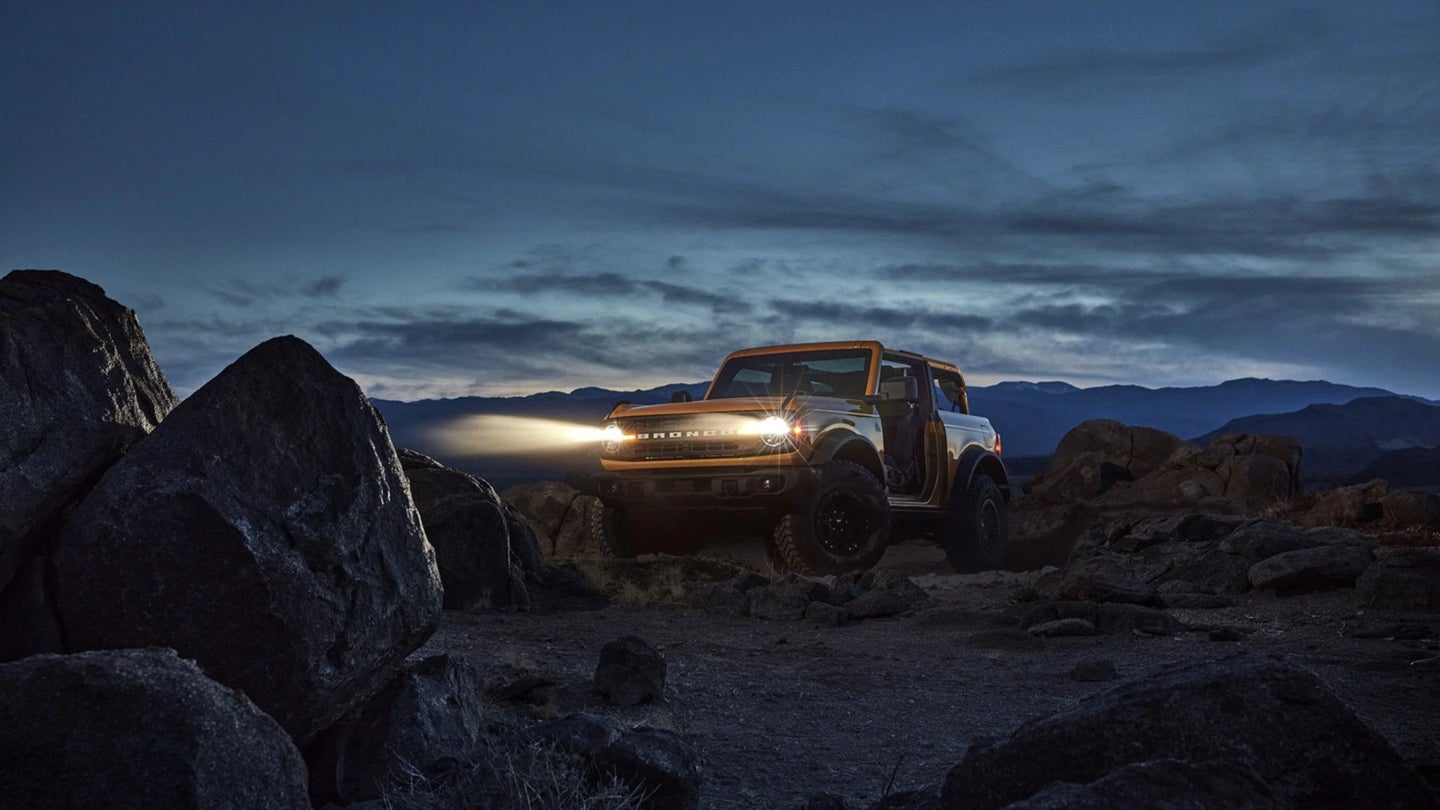 It probably took five seconds after the 2021 Ford Bronco's official debut for people to raise their hands over their keyboards and say, "Where's the V8?" If you are holding your breath waiting for a factory V8 Bronco, get ready to turn blue, as the odds of that happening are staring down the never-gonna-happen abyss.

This time we don't have the luxury of blaming it on Ford's unnamed bean-counters in the accounting department. The real reason why the new Ford Bronco will not be getting a V8 comes down to emission regulations. That's according to Muscle Cars and Trucks, which recently had an interview with Ford's Global Program Manager Jeff Seaman and Bronco Chief Engineer Eric Loeffler.

Seaman in particular said that the 2.7-liter EcoBoost V6 can provide all the grunt, torque, and speed needed to keep Bronco owners satisfied.

Here's what they said:

"We have to manage the CO2 implications of the product. The way the federal requirements are now it's all shadow area (footprint) based. If you look at the shadow area of a small off-road vehicle, it has a pretty high target from a government perspective in terms of CO2," said Loeffler.

[...] “If the customer experience was significantly enhanced with a Coyote engine, it would have been under serious consideration,” said Seaman. “In all honesty, that EcoBoost motor is damn good and when you get out of it you don’t say, ‘I wish I had a bigger engine.’”

Why do we want a V8 in the new Bronco anyway? It is really about performance, or is it nostalgia because the previous generation Broncos had it?

I think it comes down to one small detail. Saying "V8" is a heck of a lot more fun than saying "EcoBoost." In other words, on a big, American, off-roading truck like the Bronco—which historically has always had a V8 option—it's just expected from the rabid fanbase Ford's clearly trying to tap into. It may be able to crawl rocks and it may have delightfully retro looks, but for some people, a turbo V6 just isn't the same thing.

We may never see a factory V8 Bronco, but don't be disappointed by the news. I'm willing to bet right now there are a few good gearheads currently prepping a Super Duty 6.7 Powerstroke or Mustang 5.0 engine in their garage. Someone will do this for us if Ford won't.