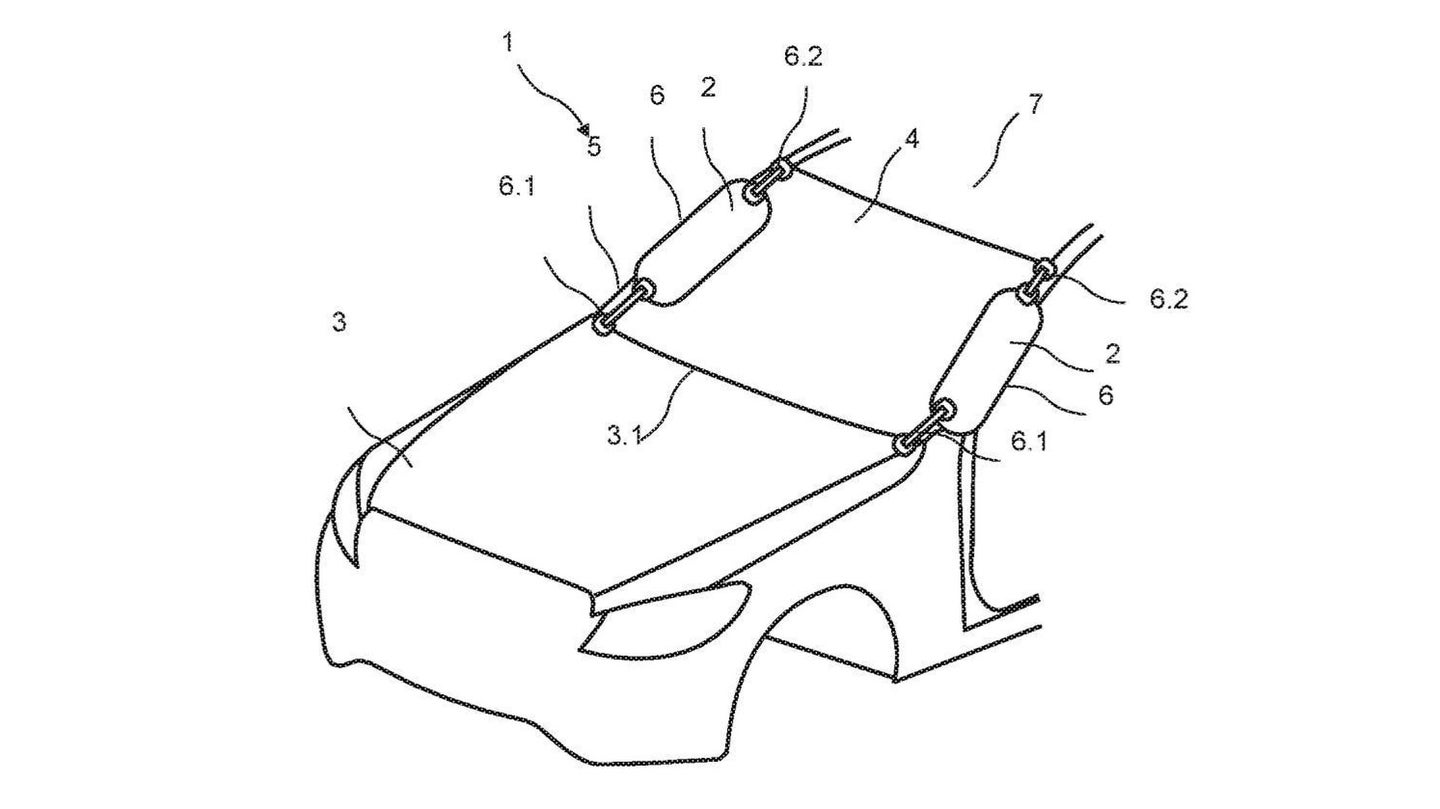 Getting hit by a Mercedes-Benz might be slightly less dangerous in the near future. The company has been granted a patent for an external airbag system that would help protect pedestrians in the event of a collision, according to documents posted by the U.S. Patent and Trademark Office.

The concept is designed around a pair of airbags that would emerge from the exterior of the car's A-pillars and help protect squishy bodies against the rigid support structure. The system also incorporates the pop-up hood design we first saw back in the Volvo V40's own short-lived pedestrian airbag setup, which helps cushion the impact as well.

The airbags would normally be totally hidden from view from the outside, tucked away at the edge of the windshield and contained within a "fabric tube." The patent filing also claims that the setup would at most "slightly" impede on the driver's "visibility region" compared to a normal A-pillar. The company applied for the patent all the way back in July of 2015, but it was only posted online within the last week.

So seeing as how Volvo abandoned their own efforts at a pedestrian airbag in favor of autonomous braking and more collision-friendly designs, what is Mercedes planning to do with this new technology?

Seeing as how autonomous technology has exploded in the two years since they applied for the patent, and given that automakers often snag patents for things they never end up developing in real life, it's not clear whether this rig will makes it way into an upcoming Mercedes model. Time will tell.