A Ford 302 V8 Works With a Lawn Mower Carb, But Only If You’re Smart About It

It’s not as simple as just hooking up a tiny carb and setting off, but it’s doable—and impressive. 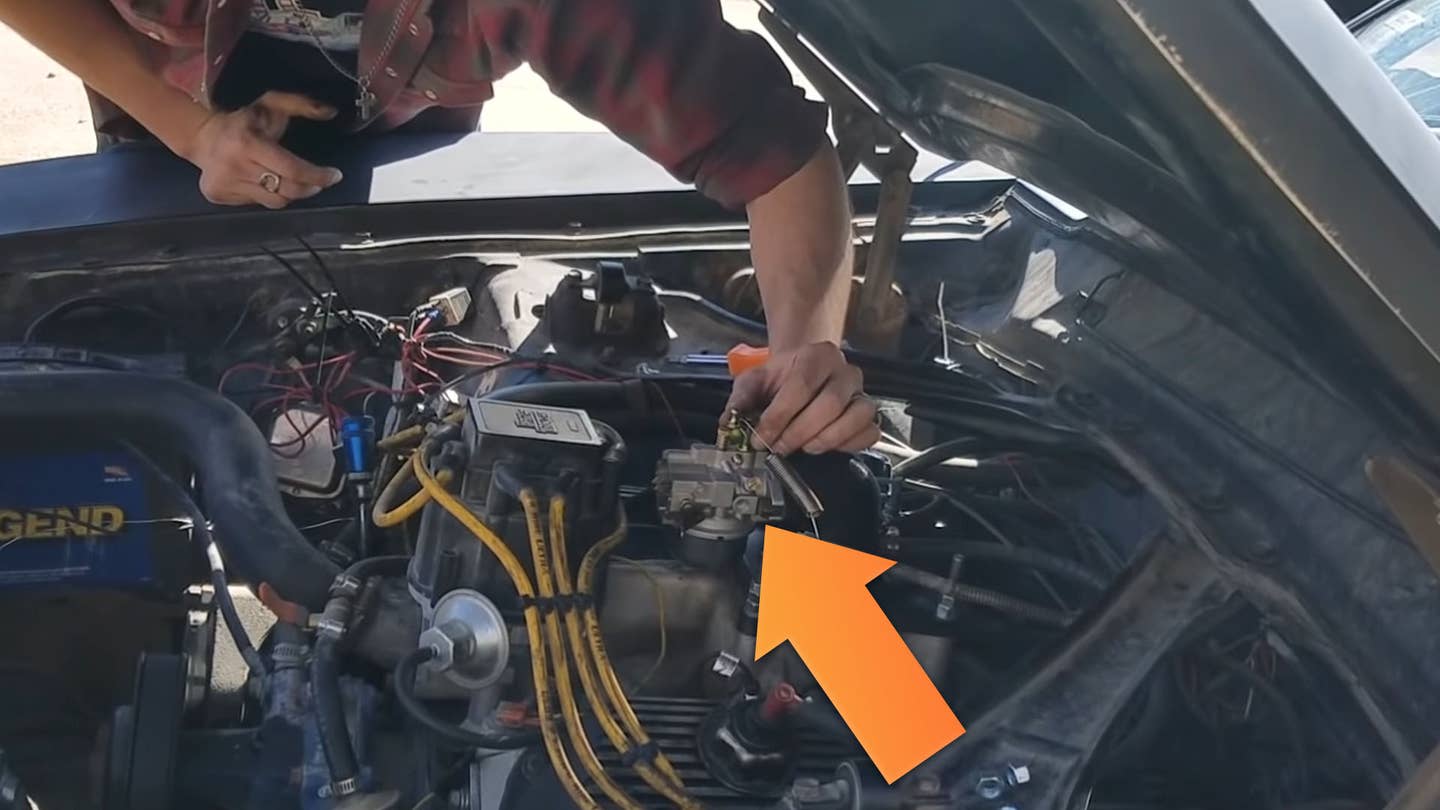 You can run an engine with all kinds of fuel systems. Hell, you can run a Harbor Freight motor without an intake or exhaust manifold just by spraying carb cleaner into it—ask me how I know. The issue isn't that it's impossible; it's that it's impractical. Limiting the fuel supply to an engine is a recipe for a lean air-fuel ratio which, when combined with the wrong timing, can cause catastrophic engine failure. You might wonder why someone would want to run a Ford 302 Windsor with a lawn mower carburetor, then.

Luke, the guy behind the ThunderHead289 YouTube channel, was very interested in giving this a try, but he didn't just slap the tiny unit on the 302 V8 in his old, rusty Ford Maverick and start revving it. He made a series of intentional decisions about how the system would work, how the fuel supply and timing would be managed, and other vital metrics to ensure what he was doing would actually be sustainable. That being said, he still seemed apprehensive, as he definitely should've been.

The first piece of the puzzle was finding the right lawn mower carb because not all are made equal. Some are so simple that they don't even have a float bowl, which is used to manage fuel supply. Seeing as the YouTuber wanted to hook the teensy carb right up to a conventional automotive fuel system, it would need to at least have that. There are still a lot of features that are missing, though. There's none of the fuel circuitry that allows for a conventional automotive carburetor to adapt to dynamic load situations, and indeed no accelerator pump to inject a spurt of gas when a quick response is demanded. These are items that Luke addresses by effectively building an electronic fuel system from scratch.

Because he designed the 3D-printed inlet system north of the Edelbrock intake manifold, he also designed a computer-controlled air bleed valve that appears to be powered by an Arduino working in concert with a custom PCB. The Arduino, a simple and popular hobbyist computer, receives a series of parameters from the engine and adjusts the air bleed to maintain a safe AFR. The air bleed is controllable from an app Luke programmed as well, which appears to work via Bluetooth. So yes, this is a lawn mower carburetor working on a V8 engine, but it's being done in a really smart way.

The end result is, well, an old Ford Maverick that runs just fine with a lawn mower carburetor. Now, adjustments had to be made to the timing to ensure this would all work, and those decisions were informed by speculations Luke made about how the engine would run; speculation that appears to be correct. And for those wondering how a lawnmower carburetor can provide enough fuel to power an eight-cylinder engine, well, the tiny venturi is definitely getting a very strong vacuum from the engine, and apparently, the fuel orifices inside the unit are large enough to keep the engine happy. I'd hesitate to rev this engine to the moon, but clearly, that's not on the table...yet.

All of this raises the question of performance and fuel economy, and amazingly, this Maverick can do 70 mph on the highway with relative confidence. It's definitely down on power, though. That could mean the fuel economy gain is considerable, but so far Luke has yet to reveal how this car is performing in terms of MPG.

So yes, it's possible, but at this point, I'm thinking about Luke's capabilities and questioning his use of an off-the-shelf carb. If you haven't heard of the Thermoquad, well, it's a plastic-bodied carburetor. Forget adapting an existing unit; I think Luke should just design his own computer-controlled carb. Carburetors, in essence, are very simple devices. I'll just make a vast oversimplification about the tools, skills, and know-how needed to create one and say it would be neat if Luke did. I would watch that video.

You can reach the author here: peter@thedrive.com

The miniature engine runs on gasoline, produces less than one horsepower, and revs to 8,000 rpm.