If you’re comparing the Ford Maverick to a full-size pickup, you’re completely missing the point. 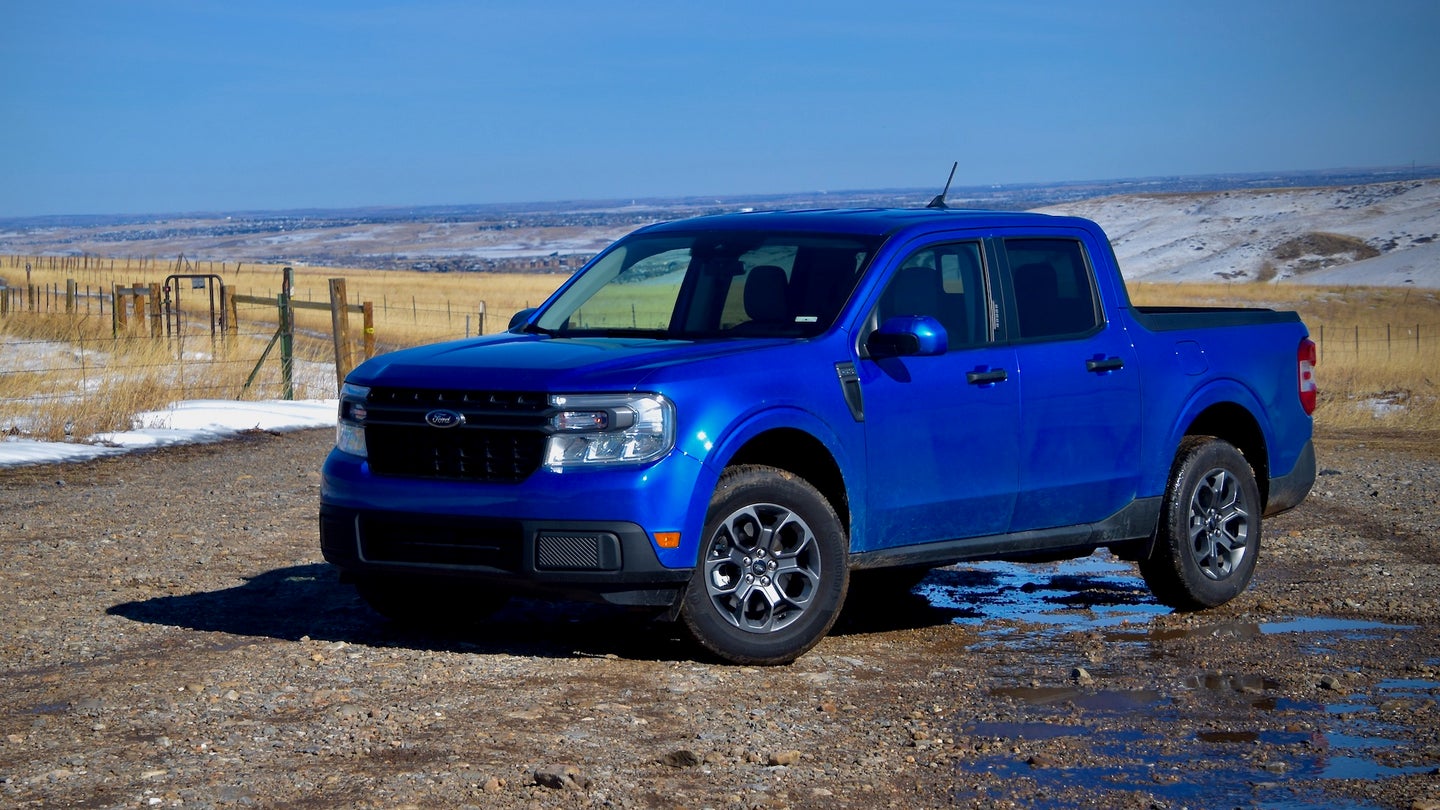 The 2022 Ford Maverick holds the strange distinction of being both one of the most widely appreciated and misunderstood vehicles on sale today. Traditionalist truck owners often dismiss it as an inadequate stand-in for a larger pickup, a compromise for people who can't afford more. They're right to believe a Maverick is no substitute for a Super Duty; it simply lacks the capability. But they're missing the forest for the trees, because the Maverick isn't meant to tempt truck buyers into downsizing. Instead, the Maverick's schtick is getting buyers of economy cars like the Toyota Corolla to upsize—and somehow get more for their money by doing so.

To understand the conversation about the Maverick, one must first understand the truck itself. Being based on a light-duty unibody rather than a ladder chassis, the Ford Maverick is more car than truck, and that's reflected in how it drives. Over a week I spent with a Maverick hybrid, I found it had a more refined driving experience than even some of my favorite late-model pickups, with a quiet, handsomely designed cabin, and a smoother ride, with none of that rear-end jiggle that body-on-frame trucks do. That goes without mentioning the Maverick's more car-like mileage, with the hybrid I drove returning 44 mpg, basically double what you'd expect from a midsize pickup.

Sure, the Maverick isn't as capable as any "real" pickup, with a small 54-inch bed, 1,500-pound payload capacity, and 2,000- to 4,000-pound tow rating, depending on the engine. But that's not what counts, as the Maverick isn't competing with other trucks. It's facing off against other unibody vehicles, against which this radical little truck more than holds its own.

Those payload and towing ratings, while unremarkable on paper, are markedly better than pretty much any compact crossover, none of which come even close to the Maverick's fuel economy. The compact sedans that do, like the Honda Civic and Toyota Corolla, sacrifice a significant amount of utility and overall space to draw close. And while cars typically champion more refined driving experiences over trucks, the unibody Maverick has no such Achilles heel.

The Maverick is good enough that it'd be a genuinely compelling alternative to everything from the Hyundai Elantra to the Honda CR-V, even if it were a bit pricer. But it isn't, it's the opposite. The Maverick, starting at $21,490 including destination fees, is the single cheapest vehicle in Ford's U.S. lineup, putting it within spitting distance of the Corolla (which is less than $300 cheaper). With what gas costs these days, it'd make up the difference over just a few fill-ups too.

Viewed in opposition to economy cars in aggregate, it's clear whose ass the Maverick is really here to kick. It's one of the cheapest vehicles available in the States, it gets excellent gas mileage in hybrid form, beats all its closest peers in capability, and it doesn't make you uncomfortable doing it. On top of that, as I outlined in my review, the Maverick as a light-duty truck is easy to use to its potential—a central element to our romance with automobiles. It fulfills both what we Americans fundamentally want out of our trucks, but need on an everyday basis.

I don't think there has been an American economy car that one could say that about since the Model T, and I'm prepared to stand by that. Were it not for the chip shortage

strictly capping production, I could see the Maverick running away with the economy car market like the Mustang did with sports cars all those years ago. As long as the supply chain breakdown lasts, though, the Ford Maverick's offensive against cheap cars will be put on hold, giving rivals time to decide whether they'll counterattack—or retreat.