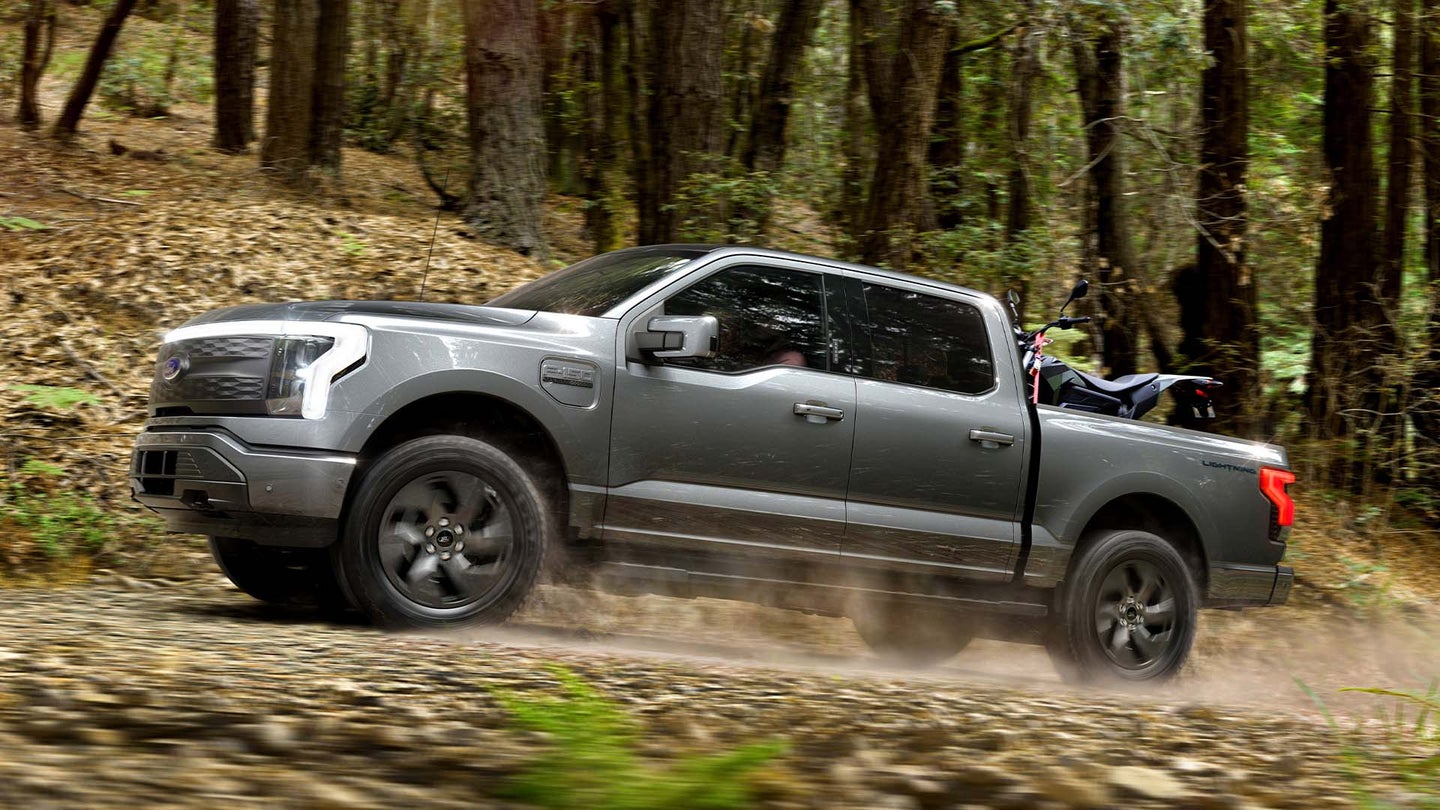 The Ford F-150 Lightning is already a huge hit, which is saying something since none have been delivered to customers yet. There have been so many orders submitted that Ford CEO Jim Farley says the brand is "sold out for a couple years now." And you can see why; an electric pickup starting around $40,000 is a pretty dang good deal, even before hearing official EPA range estimates. The good news is, if you're one of the people waiting on their new truck, that the Lightning's figures are now out, and it's either met expectations dead on or smashed them for every configuration.

It's a similar story with the XLT and Lariat trims, where the SR models hit their 230-mile estimates dead on and the ER trucks goes over, also to 320 miles. That's not that surprising, given the SR pickups all run on 98-kilowatt-hour batteries and the ER on 131kWh.

The $92,569 F-150 Lightning Platinum also beats its estimate by 20 miles, running for 300 rather than the predicted 280 miles. It comes standard with the ER battery pack but covers less distance due to the added weight from extra luxury features you definitely wouldn't find in a Pro, for example.

Before the figures were released, there were rumors that Ford had been hedging its bets and underestimating the range. That strategy can definitely pay off when you're competing in a space this tightly contested. While they cater to different demographics, the F-150 Lightning and Rivian R1T are both hot electric trucks hitting the scene at about the same time. For context, the Rivian's most capable spec nets an EPA-rated 314 miles of range, putting it right up there with the longest-running F-150 Lightning. Then there's the 2024 Chevy Silverado EV that claims it'll do 400 miles on a charge. With General Motors' Ultium battery tech, that just might be possible.

Deliveries for the 2022 Ford F-150 Lightning begin this spring, which kicked off March 20, mind you.