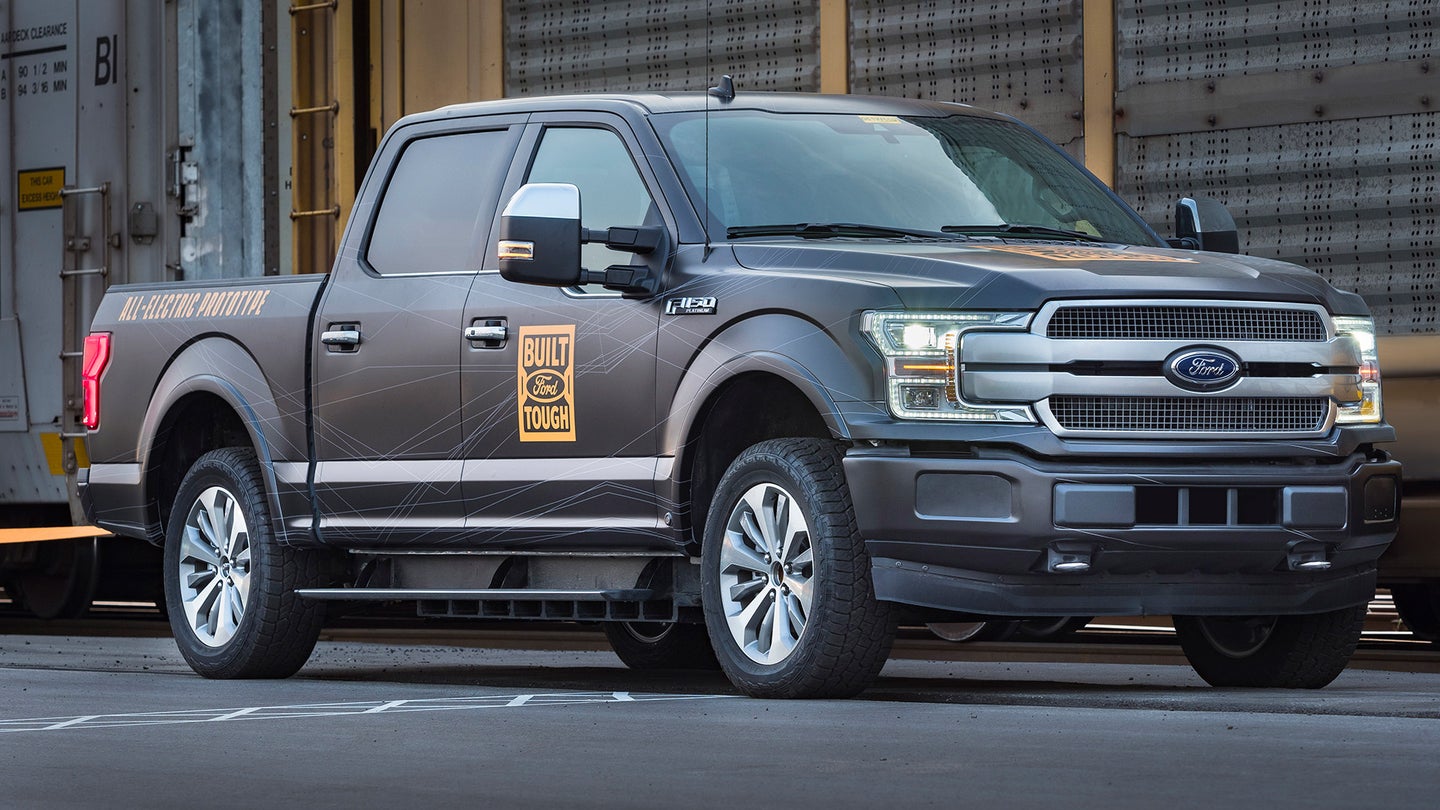 Ford Motor Company sent shockwaves throughout the industry Tuesday morning, after releasing a video of an F-150 electric prototype towing double-decker rail cars weighing a total of 1 million pounds for the length of three football fields. Yes, you read that right: 1,000,000 pounds. Why? Because trucks need to be tough in order for people to buy them.

To help show that Ford's upcoming electric F-150 pickup truck will have the capability of a normal truck, Ford's five-minute-long video showed the prototype towing the aforementioned rail cars, but also, on a separate stunt, 42 2019 F-150s stuffed inside them. That's well over 1 million pounds, and somewhat reminiscent of Toyota's stunt back in 2012, when it towed a space shuttle to prove the legitimacy of its Tundra pickup truck.

Of course, the final production truck won't be rated at that number. Just because a truck can do it in one situation doesn't mean it can always do it. It's the same with the Tundra towing the Space Shuttle or a Volkswagen Toureg diesel towing a plane. You wouldn't be wrong if you looked at this and just viewed it as a stunt.

Recently, Tesla's Elon Musk called standard pickup truck towing capacity "puny." He made a bold claim on Twitter that his pickup truck will be able to tow 300,000 pounds. Despite the fact that the Tesla truck doesn't currently exist, we don't know when it'll debut, and no one knows of its capability or range, it was a bold claim. It's also likely a claim that won't be backed up in real testing, but rather in a one-off type deal like this Ford video.

What this video does show is that electric torque is amazing. It also shows that Ford is well underway in the development of its battery-electric vehicle (BEV) pickup and will likely bring it to market long before Tesla's truck arrives. With Ford working with VW and also investing in Rivian, the company that's over 115 years old seems to understand that the future looks very different and it is adapting at a rate that's not normally reserved for car manufacturers.

This sharp-looking dealer-special is a perfect mix of old- and new-school that’s available to order for under $10k.