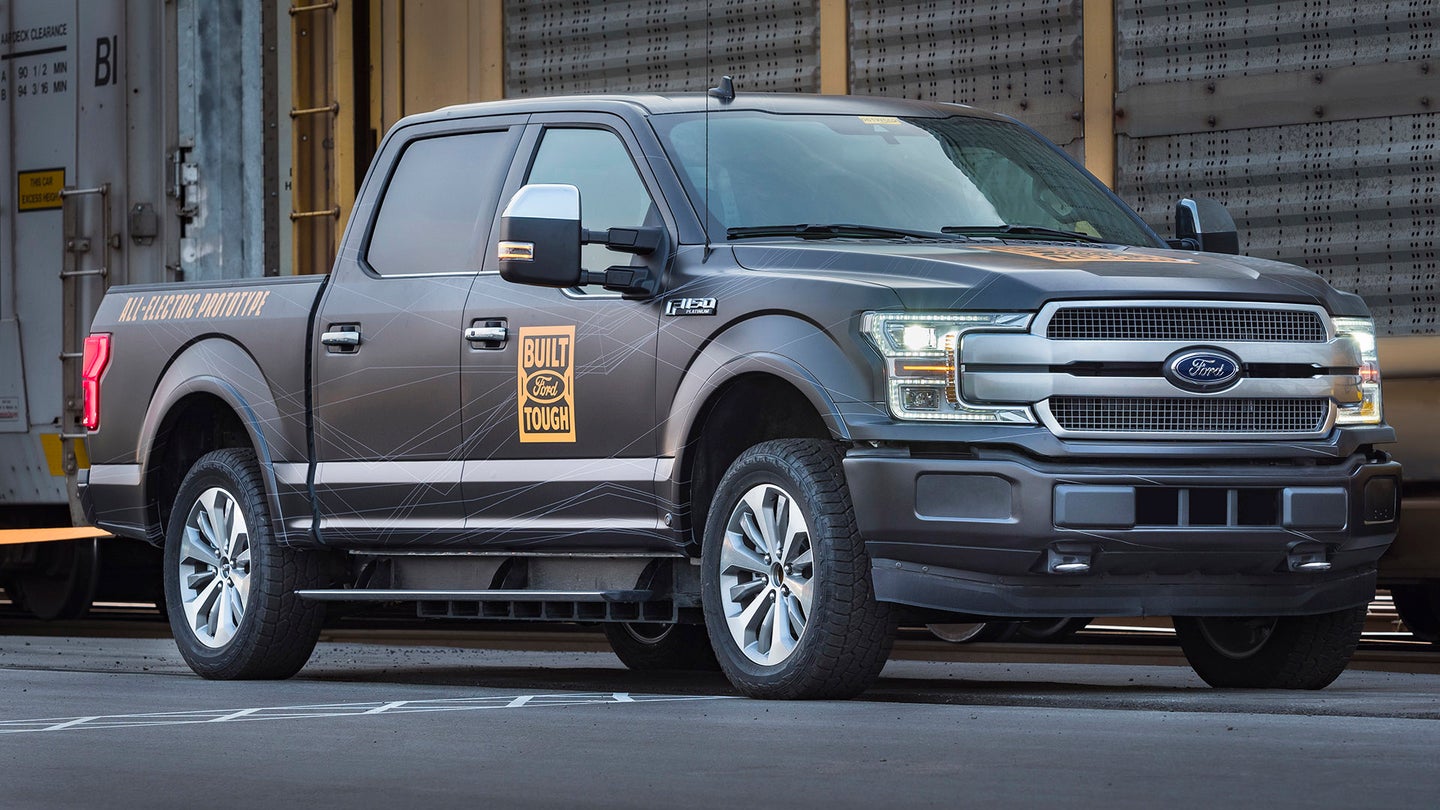 Ford is rapidly developing its battery-electric F-150 pickup in order to beat its American rivals to market and as a recent report from Automotive News Canada claims, the truck could hit dealer lots as soon as 2021. That would likely place it at least a year ahead of General Motors, which confirmed its plans in April to take on Ford as well as Tesla's upcoming electric workhorse.

Ted Cannis, Ford's global director for electrification, sat down with AN Canada to discuss the automaker's EV strategy that notably includes the Mach E, a mysteriously Mustang-based crossover. And while Cannis never explicitly mentioned a reveal date for the electric F-150, he did mention that it could come "as soon as a year later" than the Mach E reveal, which is slated for 2020. Given Ford's apparent dedication to a market-first electric truck, with its working prototypes and $500-million deal with promising upstart Rivian, this doesn't seem too far-fetched.

Although some may think it'd make more sense to put the rush on the electric F-150 and reveal it first given the gas-powered model's massive popularity in America, there's still work to do on EV awareness in the U.S. In order for Ford to go all-in on a battery-powered pickup, the market needs to be primed and ready to accept such a radical idea—after all, according to a recent survey performed by Ford, 42 percent of Americans still believe EVs run on gasoline. Beyond that, another year to ensure a complete product is a higher priority than hurrying a half-baked offering to showroom floors.

Ford doesn't mind that it's a bit late to the EV market, either; it's been a decade since the Nissan Leaf rolled out and was followed a few years later by the Tesla Model S. Cannis cites low demand and, perhaps more importantly, low margins in the early years of electric car availability, meaning that now is a logical time to go full-force toward a zero-emissions, mass-market Ford offering.

"We're coming in at the right time," Cannis mentioned. "We could do all sorts of different things, but we're going to play to what we're good at: commercial vehicles, vans, pickups, performance vehicles, and SUVs. We have loyal customers, we know our base and the margins are better. It's just the right business."

Say what you will about brand preference but judging by sales, Ford certainly is good at pickups: the F-Series has been America's best-selling truck 42 years consecutively. Factor that in with its willingness to experiment with tech like turbocharged gas engines in its half-ton trucks and now electric-only propulsion, and you'll find Ford looks prepared to take on the next wave of competitors in a quick-to-shift industry.

The first El Camino-ized Tesla sedan was actually made out of a salvage Model S which famed conversion shop EV West got its hands on—and this is it.